No thanks
Continue
Whoops!
Your free trial of Curious+ has expired
Person, Place, or Thing
Our encyclopedia of the odd and awe-inspiring.
Previous Next
November 10, 2019
1 CQ
Person: Joan Ganz Cooney 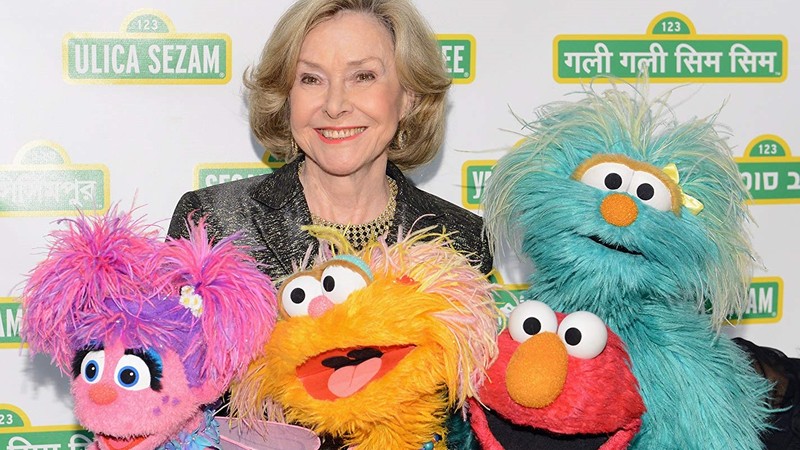 Behind every great muppet is a great producer.
G is for Ganz—more specifically TV producer Joan Ganz Cooney, the visionary behind Children's Television Workshop and what would become Sesame Street. For the show's 50th anniversary this year, we're taking a look at Ganz Cooney's life, and figuring out how a fierce advocate for equality and justice managed to make her mark in a world that consistently underestimated her on the basis of gender.
Ganz Cooney was born on November 30, 1929, in Phoenix, Arizona. She studied acting in college until her father refused to support her career, causing her to change her major to education. After graduating, she worked briefly as a clerk at the State Department in Washington, D.C., then as a journalist for The Arizona Republic, and later as a television publicist in New York City. Throughout her early career, Ganz Cooney sympathized with The Christophers, a Christian television group who advocated for moralism and idealism in televised media, and debated politics with friends who worked on the leftist magazine Partisan Review.
When Ganz Cooney got word of the newly-opened WNDT, New York's first-ever educational TV station, she applied for a job as a publicist but was told the station only needed producers. She made up her experience as a producer (she had none), though her journalistic experience gave her a knack for developing programming focused on social issues. Her first debate show was called Court of Reason, which featured Malcolm X among its guests. She went on to produce a number of small documentaries for WNDT which won Emmys, though they failed to reach wider audiences.
In 1966, Ganz Cooney threw what she called a "little dinner party" that would change her life forever. Together with her husband, her boss Lewis Freedman, and Lloyd Morrisett—her husband's supervisor at the Carnegie Corporation—she pondered if television could be used to educate young children. The next year, Ganz Cooney took time off from her job at WNDT to write "The Potential Uses of Television in Preschool Education." It was a 55-page report informed by experts in child development, education, and television. Ganz Cooney tried to take her research to WNDT to no avail and eventually quit her job to work at the Carnegie Corporation as a consultant.
Together with Lloyd Morrisett, Ganz Cooney established the Children's Television Workshop (CTW) and raised $8 million dollars total from private and federal grants, including one from the Federal Government. Meanwhile, puppeteer Jim Henson was brought in to create muppets specifically for the new project. When word got out that Ganz Cooney was being considered for the executive director position at CTW, doubts were raised about her qualifications and abilities in spite of her established leadership in the organization. Critics were quickly silenced on November 10, 1969, when Sesame Street debuted. The show was the first of its kind to use children's education research to prepare kids for school, especially those living in low-income families. In its first year, Sesame Street won three Emmys, a Peabody Award, and earned nearly universal praise, cementing Ganz Cooney's legacy as one of the greatest show creators in television history.
Ganz Cooney left the CTW in 1990, the same year she was inducted into the Academy of Television Arts & Sciences Hall of Fame. She was awarded the Presidential Medal of Freedom by President Bill Clinton in 1995; and in 2007, she founded The Joan Ganz Cooney Center, a non-profit organization with the goal of furthering children's educational entertainment in the digital age. So let's take a final count: that's one accomplishment for Ganz Cooney… two, two accomplishments… three… more? Then make it many, many accomplishments for Ganz Cooney, ah-ah-ah!
Image credit & copyright: Andrew H. Walker / Getty Images