No thanks
Continue
Whoops!
Your free trial of Curious+ has expired
Person, Place, or Thing
Our encyclopedia of the odd and awe-inspiring.
Previous Next
January 12, 2020
1 CQ
Person: James Joyce 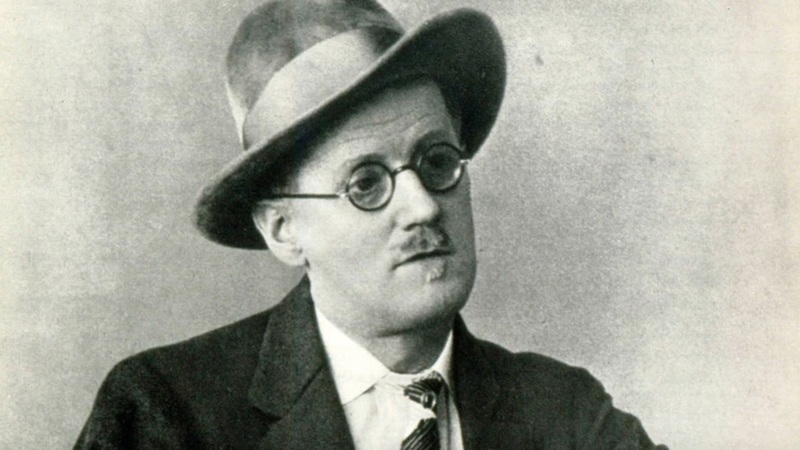 A closer look at the famously controversial modernist writer
Who publishes their first poem at the age of nine, learns to speak 17 languages, and produces work that changes international law—all while claiming not to care about fame? That would be Irish author James Joyce, who died January 13, 1941. His timeless works, such as Dubliners, Portrait of the Artist as a Young Man, and—most famously—Ulysses, inspired international controversy and even a literary holiday.
Born to a large family in Dublin, Ireland, in 1882, Joyce showed an early talent for writing and language. At age nine, he published his first poem, "Et Tu Healy?," with the help of his father, who was supposedly so impressed with it that he sent a copy to the Pope. Joyce also taught himself Norwegian so that he could read Henrik Ibsen's plays in their original language. It was the first of many instances in which Joyce would teach himself a foreign language.
Joyce published his first short story in 1904. His first book, Dubliners, published in 1914, was a collection of short stories about middle-class Irish life. His first novel, Portrait of the Artist as a Young Man, came out two years later, but some found it difficult to understand. Joyce wrote in a modernist (purposefully non-traditional) style, with complex language, neologisms, and a stream-of-consciousness structure. The book did catch the eye of famous poet Ezra Pound, who praised its originality.
By far Joyce's most famous work was his novel Ulysses, published in 1922. A modern retelling of Homer's Odyssey, it follows a day in the life of a Dubliner named Leopold Bloom, and confronts issues from poverty to Ireland's relationship with Britain. Part of the book's allure is its ability to transform a normal life into a seemingly epic one, thanks to myriad allusions and Joyce's vivid imagery. The date on which the novel takes place, June 16, 1904, is rumored to be the day that Joyce met his real-life wife, Nora Barnacle.
Ulysses had a difficult road to publication and was banned in several countries for its sexual content. However, the United states became the first English-speaking country to sell the book, in 1933. Ulysses eventually became so beloved that the date on which the novel takes place, June 16, became a literary holiday called Bloomsday (named after the novel's central character, Leopold Bloom).
Joyce's next book, Finnegan's Wake, was published in 1939 to critical acclaim. This novel contained even more of Joyce's puns and newly-invented words. One such word was 100 letters long, and was meant to mimic the sound of a thunderclap marking the fall of Adam and Eve: "Bababadalgharaghtakamminapronnkonnbronn..." well, you get the picture. Some think it was inspired by Joyce's own lifelong fear of thunder.
Unfortunately, Joyce suffered from many health problems, most relating to his eyes. He endured many surgeries and spent most of his later life nearly blind. During World War II, Joyce's family was forced to move out of Paris to avoid the Nazi invasion. In 1941, Joyce failed to recover from an intestinal operation and passed away at the age of 59.
Joyce is still celebrated as one of the greatest writers of all time. He might not have been too keen on the idea of Bloomsday, though, as he didn't like the idea of being memorialized. He even said, once, that creating a statue of someone was "the most efficient and courteous way yet discovered of ensuring a lasting oblivion of the deceased." Little did he know that a statue of himself would one day stand at North Earl Street, in Dublin. Whoops—even the world's greatest linguists don't get to write their own legacies!