No thanks
Continue
Whoops!
Your free trial of Curious+ has expired
Song Curio
Find your next musical obsession.
Previous Next
October 8, 2017
2 CQ
Saint-Saëns' specter 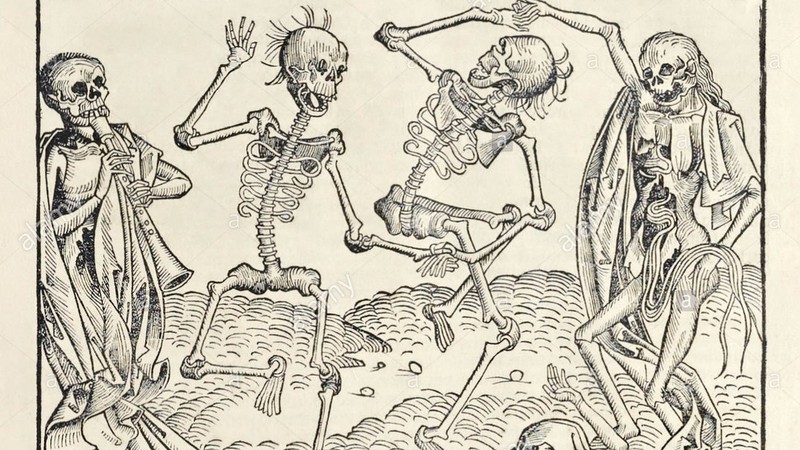 Any good Halloween mixtape should pay homage to the spookiest of symphonic works: Camille Saint-Saëns' Danse Macabre. The French composer, born this week in 1835, decided to turn a piece he wrote for voice and piano into a symphonic poem, a form of composition which closely follows the text of a poem. Inspired by Henri Cazalis' work about death's hypnotic and inevitable coming, many of the orchestral parts in Danse Macabre represent images and events in a spine-tingling scene. The introductory harp signals the 12 strokes of midnight, which death's dissonant tritone (nicknamed "the devil's interval") crashes in sinister fashion. From there, the orchestra is swept up in countermelodies between the strings and woodwinds, including a reference to the medieval chant Dies Irae ("Day of Wrath" in Latin) and a liberal jangling of bones in the xylophone parts. Near the end, a lone oboe signals the rooster's crow and sunlight—the end to a fantastical night of grim revelries. What happens at the stroke of midnight stays at the stroke of midnight, even if Saint-Saëns and listeners know otherwise!