No thanks
Continue
Whoops!
Your free trial of Curious+ has expired
Person, Place, or Thing
Our encyclopedia of the odd and awe-inspiring.
Previous Next
July 1, 2017
1 CQ
Thing: Ouija board 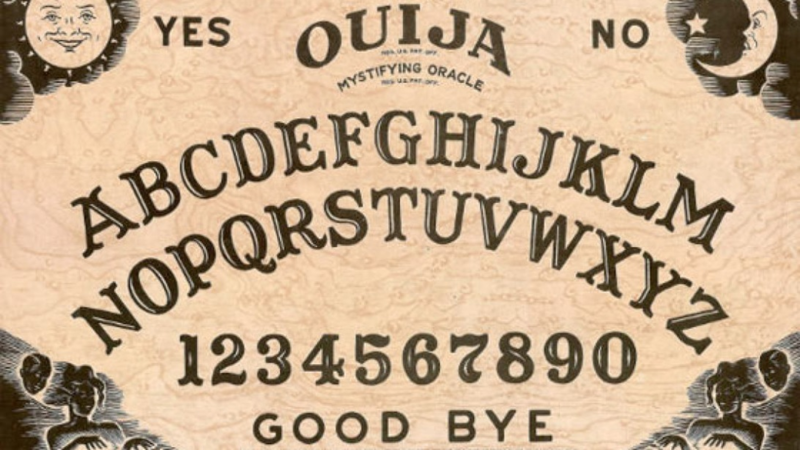 The rise and fall of America's favorite spirit board.
Hello… is anyone there? Great-great Grandpa, is that you? On this day in 1890, businessman Elijah Bond unveiled the standardized Ouija board for commercial sales. Contrary to its now-notorious reputation, the product was once marketed to lovebirds—and well, maybe demons.
In the late-19th century, Americans became obsessed with spiritualism, a religious system predicated on the belief that the living can speak to the dead. The Civil War had left thousands of men on the battlefields, and for each of their loved ones, unanswered questions. Spiritualist séances provided a form of Christianity-tinged closure; nobody feared the hot seat of the confessional after some ghoulish gossip. The only real dilemma was that Americans wanted their spirits freakishly fast.
Along came Elijah Bond, entrepreneur. He collected the designs of several "spirit boards" and meshed them into one concise, mass-produced piece of Americana. His new board featured a planchette—a heart-shaped cursor supported by casters. The board told Bond's sister-in-law to call it Ouija, meaning "good luck." After years of successes, Bond handed over the company to William Fuld for a measly dollar. Shortly after, the board told Fuld to expand the company further by building a new factory—from which he fell to his death before its construction finished.
Ouija became a first-date favorite with its necessary hand-holding. Product instructions even said, "lady and gentleman preferred." Boo la la. Fundamental rules stipulated that players must rest their hands firmly, but gently upon the planchette and wait roughly five minutes for a response. Once the planchette crossed letters and numbers, spelling out its ghostly responses, the instructions asked that you show the spirits respect. In 1967, a year after Parker Brothers bought the game from Fuld Company, it outsold Monopoly.
Five years later, the film adaptation of William Blatty's novel The Exorcist began playing in theaters. People burned their Ouija boards en mass, afraid demons might infiltrate their minds and make them hurl chunks of pea soup. Darker rules popped up, like never ever use the board in a cemetery or ask for future death dates. From then on, pop culture has mostly relegated the boards to thrill-seeking adolescents.
Both science and spiritualism believe that Ouija boards function off of the players' subconsciouses. But unlike Spiritualism, science points to ideomotor functions—unconscious muscles movements not entirely understood. Whatever the case, Ouija continues to reveal our true-loves, touch our hearts, and possess our minds. Just don't forget to say goodbye to the spirits after the séance… it's kinda important!
Image credit & copyright: Mental Floss