No thanks
Continue
Whoops!
Your free trial of Curious+ has expired
Nerdy Curio
How stuff works, from the Big Bang to Big Ben.
Previous Next
May 13, 2022
1 CQ
FLASHBACK | Scaredy-cat? More like scary-cat 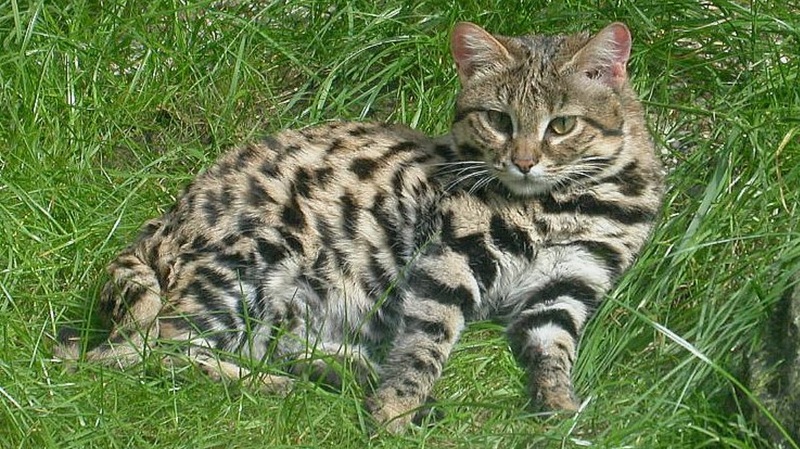 It's Flashback Friday! Enjoy these creepy curios in honor of Friday the 13th! On this spooky day, we're focusing our Daily Curio on the world's scariest (or, at least, deadliest) feline, the black-footed cat. Yes, I'm talking about the bundle of fur shown above. Don't be fooled by his nocturnal doe eyes—he's a relentless killing machine. Taxonomically known as Felis nigripes, this little guy comes from South Africa and weighs just 2.4 to 4.2 pounds. That's 200 times smaller than a lion. But don't let the black-footed cat's size fool you. The hunting success rate for lions hovers around 20 percent. The black-footed cat, meanwhile, succeeds in nabbing its prey at an incredible rate of 60 percent. That's a hard-earned stat, too. In fact, the black-footed cat has an accelerated metabolism. Which means the furball is always hungry—and always hunting. On average, it kills 10-14 rodents and birds nightly. Pound for pound, that means the black-footed cat snags more prey in one night that a leopard does in six months. Leopards, with slower metabolisms, generally hunt for 8-10 days then pick at their prey over the course of 3-4 days. Black-footed cats catch their food much faster using a myriad of techniques, including bounding through grass, staking out holes, flanking. So, if there's a takeaway from this Curio, it's to avoid hand-feeding South Africa's "cute stray kittens"!
Image credit & copyright: Zbyszko, Wikimedia Commons, image cropped for size, this image is hereby distributed under the same license linked here.