No thanks
Continue
Whoops!
Your free trial of Curious+ has expired
Art Curio
A daily dose of visual culture.
Previous Next
May 11, 2017
1 CQ
Dalí's duality 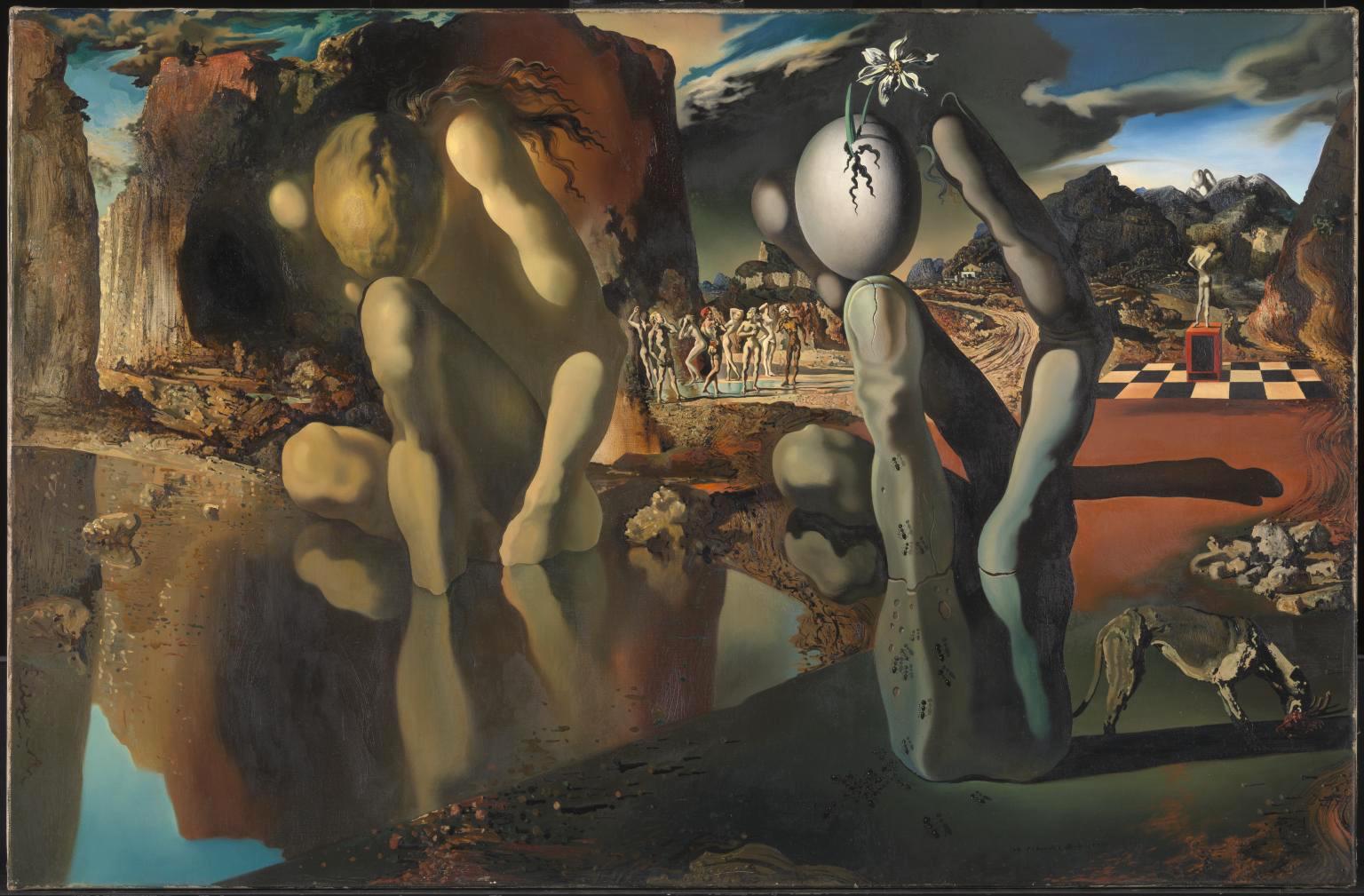 
Appearances can be deceiving. At first glance, this Salvador Dalí landscape seems to show two repeated images. But upon closer observation, the two sides read very differently. On the left, we see the Greek mythological figure Narcissus sitting in a pool of water with his forehead resting on one knee. He gazes at his reflection, which he fell in love with and longingly stared at until his death. On the right, the same shapes reveal a giant stone hand holding up an egg. From the egg grows a narcissus flower, the Greek gods' symbol for the self-absorbed man. The painting is aptly named Metamorphosis of Narcissus and was completed in 1937 during Dalí's paranoiac-critical period, in which he called upon both his conscious and subconscious minds to create surreal images in realistic detail. Besides the main illusion, the painting contains a slew of other hidden gems. For instance, the dark shape on the egg serves double duty as the flower's shadow and the crack from which it emerges. And if you look toward the horizon, there's yet another mini Narcissus poking up from the mountains. The artist, born today in 1904, once stated, "Surrealism is destructive, but it destroys only what it considers to be shackles limiting our vision." Sounds like Narcissus could have used some surrealism during his fateful staring session.
Image credit & copyright: Salvador Dalí/Gala-Salvador Dalí Foundation/DACS, London