No thanks
Continue
Whoops!
Your free trial of Curious+ has expired
Daily Curio
An amusing daily fact from the Curious team.
Previous Next
Daily Curio #407 August 14, 2014
1 CQ
Is that sandwich legal? 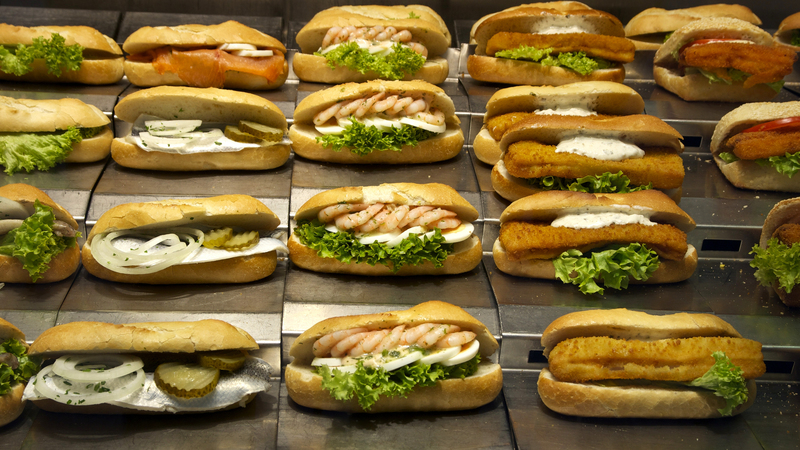 We all know what a sandwich is, right? Wrong. The legal definition of a sandwich turns out to be tricky, and has real consequences. For example, is a burrito a sandwich? Yes, according to Panera Bread Company, which had a "sandwich exclusivity clause" with a Massachusetts shopping center. They sued when a burrito shop moved in, defining a sandwich as "a food product with bread and a filling" and claiming a flour tortilla counted as bread. The judge disagreed, citing the Webster Dictionary's definition of a sandwich: "two thin pieces of bread, usually buttered, with a thin layer of meat, cheese or savory mixture spread between them." The USDA has its own definition of sandwich, in its Food Standards and Labeling Policy Book: "a meat or poultry filling between two slices of bread, a bun or biscuit." Sandwiches are excluded from USDA inspections, but not burritos nor wraps—nor apparently PB & J? New York State has a special tax category for sandwiches, and issued a Sandwich Memo to declare clubs, subs, BLTs, hot dogs, gyros and burritos as sandwiches—but not soft tacos, which have a lower tax rate. No word on how either USDA or NY classify KFC's Double Down, which is a nutritious bacon and cheese sandwich with two pieces of fried chicken instead of bread. I'm kinda hoping that one gets inspected by somebody.