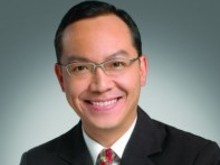 Alan Yip, best-selling author and foremost learning expert, firmly believes that anyone can achieve success, as long as they do not allow their mindsets and success potential to be constrained by their personal or family circumstances.

He is a living example of the philosophy "Do in spite of fear and smile in the face of adversity" as he persisted and overcame his early struggles and financial hardship to win a Ful-Bright scholarship to study in America.

Nurtured by his mother's unconditional love, Alan transformed himself from an underachiever to a straight-A student.

A two-time Record Holder (Memory Power) in the Singapore Book of Records, Alan put Singapore on the world map when he personally trained the novice Singapore team that competed in the 2004 World Memory Championship in U.K.

Singapore won. Its first and only Grandmaster Norm of Memory was crowned that year.

A passionate educator, cutting edge entrepreneur and one of the most dynamic, powerful and humorous trainers in Asia, Alan has had over 25 years of diverse experiences in international business, high performance leadership, and education. Reaching more than 500,000 people a year through speaking engagements and media appearances, he is dedicated to empowering others to achieve peak performance and personal fulfillment in school, work and life

His boundless energy and relentless pursuit of innovation and excellence sets the benchmark for our team.

Other Lessons by Alan Yip