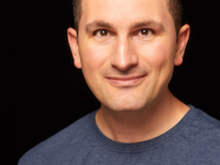 He is an Electrical and Computer Engineer, has a PhD (most of which was spent reading philosophy of knowledge) and a couple of Masters in Information Systems.

He has been a lecturer for over 13 years in a variety of IT (and occasionally management) subjects. During this time, he has developed a hands-on teaching style, whereby he invites and challenges his students to learn by doing. He has taught thousands of students in dozens of undergraduate and postgraduate courses.

I have been an electronics enthusiast since I remembers myself wrecking my sister's digital watch and my parents VCR. I replaced the watch but managed to fix the VCR.

Now, I am particularly fascinated by the rapid prototyping opportunities that the Arduino and similar platforms has brought about.

I live in Sydney, Australia.

Other Lessons by Dr Peter Dalmaris