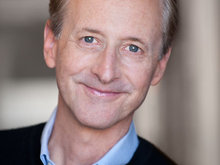 Aaron Marcus has been a full-time actor for over 30 years. He has been cast in over 1,200 acting and modeling jobs to date. You have seen him on the TV shows: Mr. Robot, Gotham, his recurring role on House of Cards, Do No Harm, Law & Order, Rectify, Halt and Catch Fire, The Wire, West Wing, as well as film projects such as Project Almanac, Philomena, Eugene and A Modest Suggestion. Fishbowl and Buck Run.

Aaron is the founder of howtoactand model.com He sets aside 5 days each month to offer his private one-on-one online mentoring sessions.

Aaron’s new book “How to Become a Successful Actor and Model,” is considered by many to be the most important book on this topic, and can be ordered on Aaron’s site, howtoactandmodel.org. Aaron has given his
seminar: Book the Job over 600 times spanning 3 continents. You can visit his site and sign up to receive free acting and modeling information.

Other Lessons by Aaron Marcus