No thanks
Continue
Whoops!
Your free trial of Curious+ has expired
Daily Curio
An amusing daily fact from the Curious team.
Previous Next
Daily Curio #2351 December 7, 2021
1 CQ
Axe-ellent find 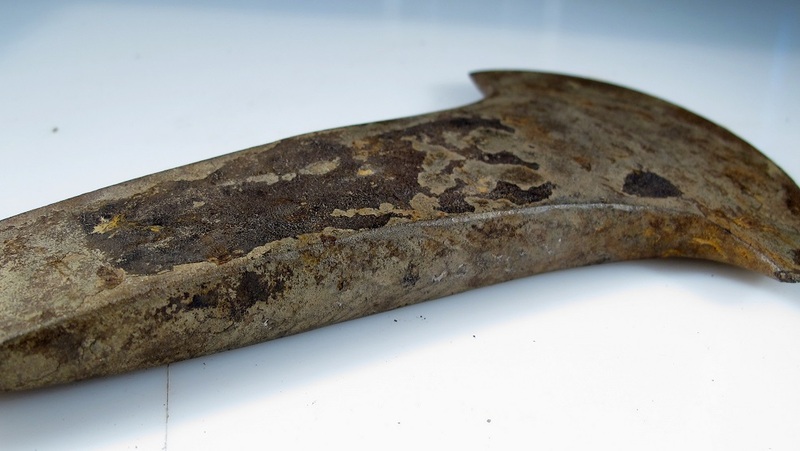 Beginner’s luck doesn’t get better than this. 13-year-old Milly Hardwick discovered a hoard of Bronze Age artifacts on her third time metal-detecting in November. Hardwick made the find in a field in Hertfordshire, England while out with her father, who introduced her to the hobby. In an interview with ITV News Anglia, she said, “I was shocked, I almost fainted, I was like ‘Dad I'm going to faint!’ I remember sprinting up the field, I was holding my little bag and my hat at the same time, it was amazing!” She also told BBC News, "I got a signal and yelled at my dad and when he started digging he went 'this could be an axe', and he was joking around about it." After digging up a few axes, the two decided to leave the rest of the dig to archaeologists, who were brought in the next day.
In all, there were 65 axes and other artifacts dating back to around 1300 BCE. Artifacts from this time period are rare, and could tell scientists a lot about the people who once used them. The discovery could also lead to a payday for Hardwick, but there are a few steps to the process, per the Treasure Act 1996. Someone who makes a significant find has 14 days to report it to the local coroner. The Act defines treasure as, “Any metallic object, other than a coin, provided that at least 10 per cent by weight of metal is precious metal (that is, gold or silver) and that it is at least 300 years old when found.” Since the axes aren’t made of precious metals, but are still of historical and cultural interest, they would then be reported to the Portable Antiquities Scheme.
From there, Museums can buy the artifacts, and Hardwick would be given a reward based on their. If there is such a reward, she plans to split the money between herself and the landowner who gave her and her dad permission to dig. Despite the once-in-a-lifetime discovery, Hardwick isn’t about to rest on her laurels. She told ITV New Anglia, “We’re going to try and find gold. That’s the one thing we’re aiming for, and when we do, we’re going to do a little dance.” Of course, finding gold might take a while, but there’s no question whether Hardwick can hack it.
[Image description: The blade of a Bronze Age flat axe, similar to the ones found by Hardwick.] Credit & copyright: Birmingham Museums Trust, Peter Reavill, Wikimedia Commons, image cropped for size.