No thanks
Continue
Whoops!
Your free trial of Curious+ has expired
Daily Curio
An amusing daily fact from the Curious team.
Previous Next
Daily Curio #2173 January 27, 2021
1 CQ
The gentleman thief 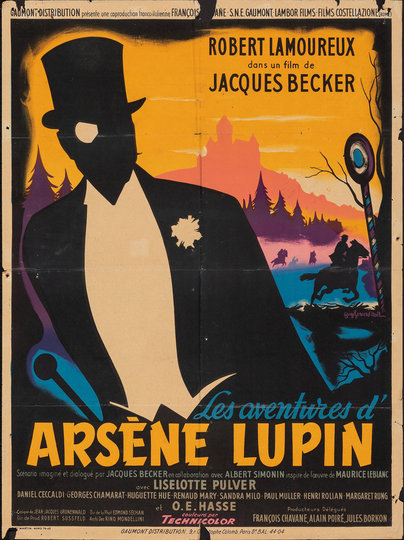 One of the hottest new shows is Lupin, a French-language production starring Omar Sy as Assane Diop, a professional thief inspired by the fictional tales of Arsène Lupin. Created by French author Maurice Leblanc (1864-1941), the character Arsène Lupin first appeared in the 1905 short story "L'Arrestation d'Arsène Lupin" ("The Arrest of Arsène Lupin") in the magazine Je sais tout. Later that year, Leblanc published a collection of short stories featuring Lupin, the gentleman-cambrioleur (gentleman thief). He continued writing about Lupin until his death in 1941. In total, Lupin appeared in 18 novels and 39 short stories. His popularity even resulted in a neologism, la lupinologie or the study of Lupin. Harry Potter fans will recognize the name Lupin, from the Latin word, lupine, meaning "wolfish"—in western literature, wolves have a rapacious reputation.
Born in 1874, Arsène Raoul Lupin grows up in France during the Belle Époque—a period roughly spanning from the end of the Franco-Prussian War (1871) to the start of the Great War (1914). He commits his first crime at 6, stealing the Queen's necklace, an especially contentious piece of jewelry. Orphaned at 12, Lupin continues his life of crime, while studying everything from classics, medicine, and law to fine and performance arts. An admirer of Charles Dickens' prestidigitation or sleight of hand, Lupin even spends six months as an apprentice to an illusionist named Pickmann. (Yes, that Dickens, the British author, was also an amateur magician.) Over the course of his criminal career, Lupin assumes aliases, including Raoul d'Andrésy, Don Luis Perenna, Jim Barnett, and Paul Sernine. He has numerous run-ins with police, as well as his enemy, Herlock Sholmès, a play on a certain fictional British detective.
The gentleman-thief's literary escapades inspired numerous filmic adaptations. Lupin first appeared in a silent film in 1917, then, in 1932, a Hollywood production starring brothers John and Lionel Barrymore. A 1957 adaptation, The Adventures of Arsène Lupin, directed by Jacques Becker, follows Lupin as he cons Kaiser Wilhelm II and Baroness Von Kraft. The character also inspired several television shows, 5 plays, and even a manga spinoff. If you're a fan of heists, the Lupin universe has plenty to offer. Consider yourself in the lupe.
Image credit & copyright: 1956 Theatrical Poster, Gaumont
Watch the trailer for Netflix's Lupin:

More about this Curio:
The Villainous Stage by Marvin Lachman.
Project Gutenberg: "The Extraordinary Adventures of Arsène Lupin, Gentleman-burglar."
The New York Times: "In 'Lupin,' Omar Sy Puts a New Twist on a Classic French Tale."