No thanks
Continue
Whoops!
Your free trial of Curious+ has expired
Daily Curio
An amusing daily fact from the Curious team.
Previous Next
Daily Curio #2106 October 1, 2020
1 CQ
Taking the plunge 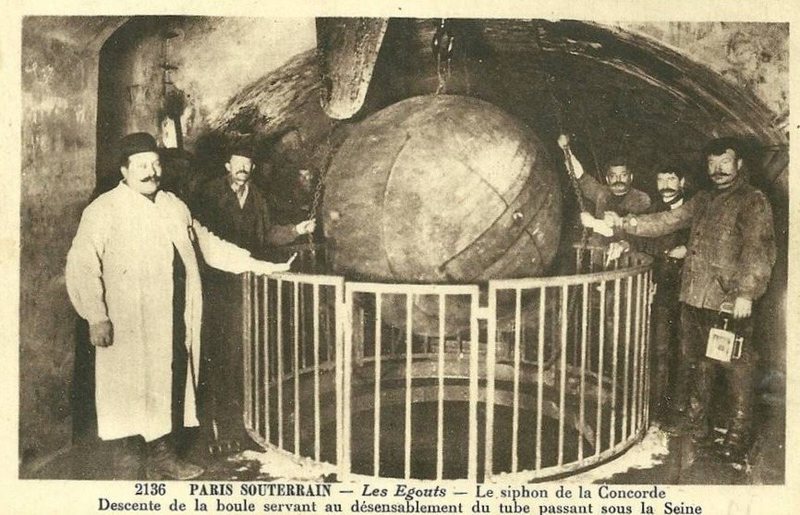 Have all your travel plans for the year gone down the drain ? Perhaps you were going to Paris to see the Louvre or the Eiffel Towel. At least when you reschedule that romantic trip you'll have another site to see, the city's Sewer Museum. After extensive renovation, the Musée des égouts has re-opened. Situated in the 7th arrondissement near the famous Alma bridge (where Princess Diana's chauffeured car crashed), the museum offers a glimpse into one of the most remarkable sewer systems in the world. Although not the most glamorous destination, their design is a feat of engineering. Victor Hugo even dedicated 50 pages to them in Les Misérables. "The history of men is reflected in the history of sewers...the sewer is the conscience of the city," he wrote. The first underground sewer in Paris was built in 1370 beneath the Rue Montmartre and drained into the nearby Seine river. Few updates were made until the first reign of Napoléon Bonaparte (~1804-1815) when covered sewers were introduced. Then, several decades later, during his nephew Napoléon III's reign (~1848-1870), the city's sewers were completely overhauled under the leadership of Baron Georges-Eugène Haussmann. Not only did Haussmann redesign the city's layout and architecture with grands boulevards, fountains, public parks, and quintessentially Parisian apartment buildings, but he also modernized the city's infrastructure. (This is often referred to as the haussmannisation of Paris.) His team installed new aqueducts, as well as new plumbing and sewage systems. Eugène Belgrand, the chief engineer, designed 1,300 miles of sewage tunnels that mimicked the new aboveground street layout. The system also separated wastewater and contaminated water, drastically improving public health. To clean the sewers, or rather to keep the waste flowing, the team invented a boule de curage. These giant iron cleaning balls—like the one pictured in the postcard above—measure between 10 and 15 feet in diameter. Lowered into the drains, the balls break apart the sludge and emerge somewhere downstream. You can see such a ball on display at the Sewer Museum, which opened during the World Exposition of 1867. Over the years tourists rode through the massive tunnels in locomotive-powered wagons, and then boats. It was quite trendy to visit them, as even the Russian Emperor and King of Portugal deigned to descend into their channels. As you make those backup travel plans, you might consider a trip down the drains. There are worse ways to waste away an afternoon.
Get a glimpse into the sewers with the City of Paris' YouTube channel: Image credit & copyright: Postcard, Paris underground, The Sewers, The Concorde siphon.

More about this Curio:
Atlas Obscura: "Paris Sewer Museum"
BBC: "The Man who created Paris"
Paris Sewers and their Sewermen by Donald Reid