No thanks
Continue
Whoops!
Your free trial of Curious+ has expired
Daily Curio
An amusing daily fact from the Curious team.
Previous Next
Daily Curio #2104 September 29, 2020
1 CQ
It's 5 o'clock somewhere 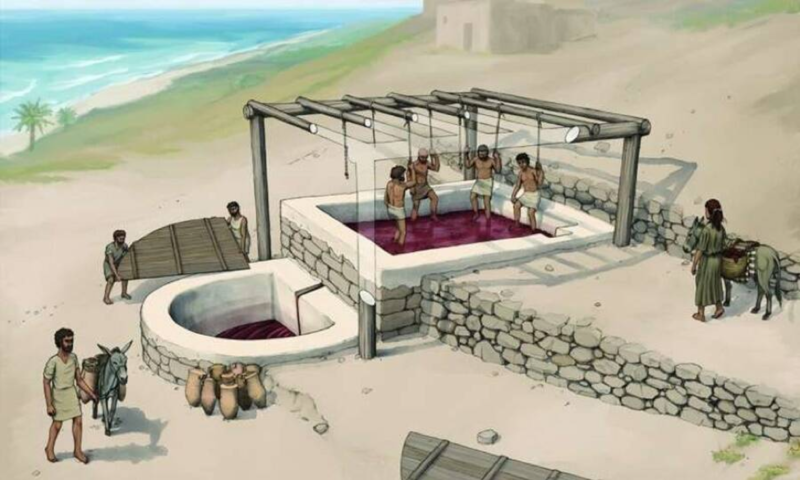 Sometimes you just want to relax and wine down at the end of the day. When you reach for that glass be sure to thank the Phoenicians—they spread their love of winemaking and viticulture spread along the Mediterranean to Europe and Africa. The Phoenicians (1500-300 B.C.E.) were a confederation of maritime traders who built their major cities (Tyre, Sidon, Byblos, and Arwad) along the Levant or eastern Mediterranean. The name Phoenicians was ascribed to the people by the Greeks, likely rooted in the Greek word phoinix, a reddish-purple color. The Phoenicians were renowned for their purple dye made from murex or rock snail shells. They were also known for their agriculture. They produced wine on a mass scale, using it for religious ceremonies as well as daily consumption. Although scholars knew about the Phoenicians' habits because of recovered drinking and storage vessels, like amphoras (a tall jar with two handles and a narrow neck), it was only recently that they discovered evidence of the winemaking process. For nearly two decades, archeologists have been excavating a site at Tell el-Burak, south of modern day Beirut, Lebanon. Recently, the team discovered archaeobotanical remains, that is evidence of the common grape vine, Vitis vinifera , seeds, as well as three plastored structures believed to be wine presses. They discovered an Iron Age (c. third to first millennia B.C.E.) wine press built into the slope of a hill. Made of lime plaster, the wine press is water-resistant and long-lasting. The scholars dated the press to around the 7th century B.C.E., and unearthed three components: a rectangular treading basin where the grapes were macerated, a channel through which the grape juices flowed, and a semi-circular vat where the juice was collected. Likely, the Phoenicians "punched down" the grape skins by stomping or treading upon them—a process called "pigeage." Don't worry, this process is actually quite sanitary. The acid, sugar, and alcohol content kills off any pathogens from human feet. Some wineries still use this process, and invite guests to hop into a pile of grapes and give it a try. Wine not?
Image credit & copyright: Reconstruction of the wine press at Tell el-Burak, looking from the south-east, copyright by Tell el-Burak Archaeological Project; drawing by O. Bruderer

More about this Curio:
The anthropologists published their findings, which you can read in the journal, Antiquity.
The Phoenicians and the Spread of Wine in the Central West Mediterranean by Massimo Botto
National Geographic: "2,600-year-old wine factory unearthed"