No thanks
Continue
Whoops!
Your free trial of Curious+ has expired
Daily Curio
An amusing daily fact from the Curious team.
Previous Next
July 31, 2020
1 CQ
FLASHBACK |Spider rain 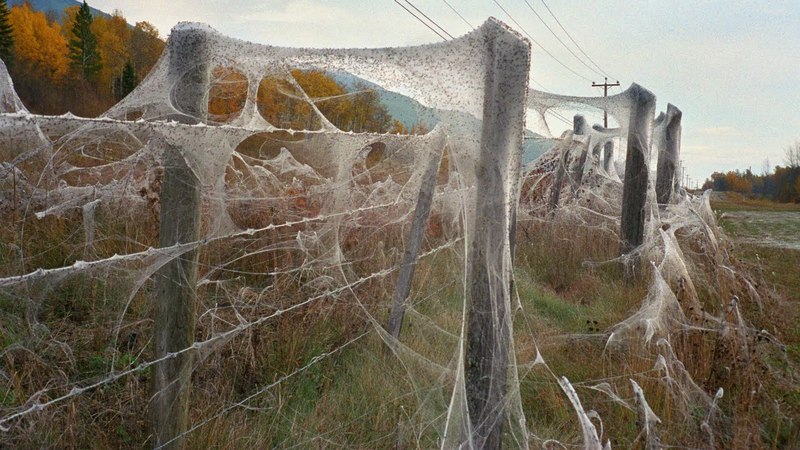 It's Flashback Friday! Enjoy this favorite from the Curio Cabinet archives. Arachnophobes beware. In 2013 a phenomenon known as spider rain was observed in Brazil that left scientists and residents speechless. It appeared as if thousands of spiders were literally raining from the sky. In fact, they were a species of social spiders that build huge colonies connected by their webs. Scientists think that a strong wind could have unmoored the colony and sent it sailing into the breeze like a balloon hundreds of yards in diameter. However, some species of social spiders have been observed climbing to a high location, pointing their rear ends skyward, and then releasing silk in unison. The silks catch the breeze and the light spiders become airborne en masse like a silken parachute. Called ballooning, entomologists don't know exactly why the behavior has evolved. It could be for dispersal purposes, or that they are relocating their home for some reason. Or maybe it's just a wonderful cosmic accident. Whatever reason, there isn't much to be afraid of. Most of the ballooning spiders live in remote areas and are harmless—except to crops. They do apparently have a tendency to get stuck in human facial hair. With 50-feet-long silks trailing up into the sky, that could win some beard contests!
Image credit: United News National More about this Curio:
Smithsonian: "It's Raining Spiders in Brazil"
Wired: "Why Thousands of Spiders Are Crawling in the Skies Over Brazil"
Live Science: "Cloudy with a Chance of Arachnids? 'Spider Rain' Explained"
Today I Found Out: "The Terrifying Phenomenon Of Spider Rain"
The Washington Post: "Why spooky spiders rained from the sky in Australia"