No thanks
Continue
Whoops!
Your free trial of Curious+ has expired
Daily Curio
An amusing daily fact from the Curious team.
Previous Next
Daily Curio #1313 April 10, 2017
3 CQ
Parsing the party problem 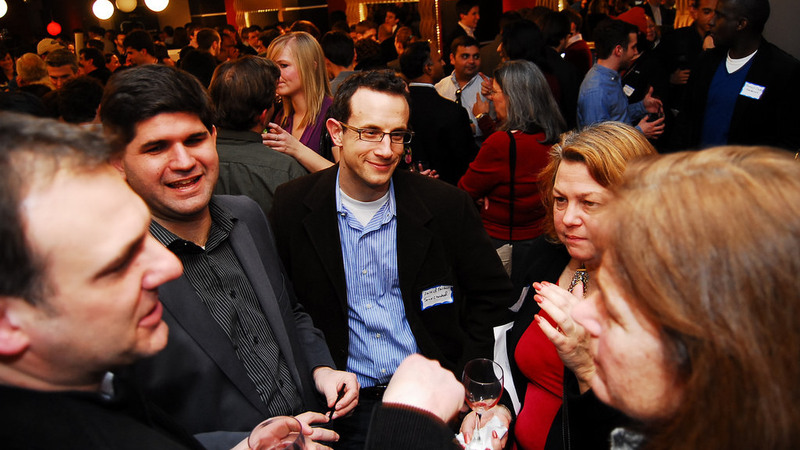 Wha? A 3-CQ Daily Curio on a Monday morning? Advanced mathematics is full of obscure problems that really smart people find impossible to solve. One such problem is the party problem. It asks how many people need to be invited to a party to ensure that either m guests all know each other or n guests are mutual strangers. Actually, you can forget the party silliness. The problem can be visualized as a polygon, or graph, where each point, or vertex, has a colored connecting line, or edge, to every other vertex. Mathematicians call these shapes complete edge coloring graphs and they look like this (so pretty!): 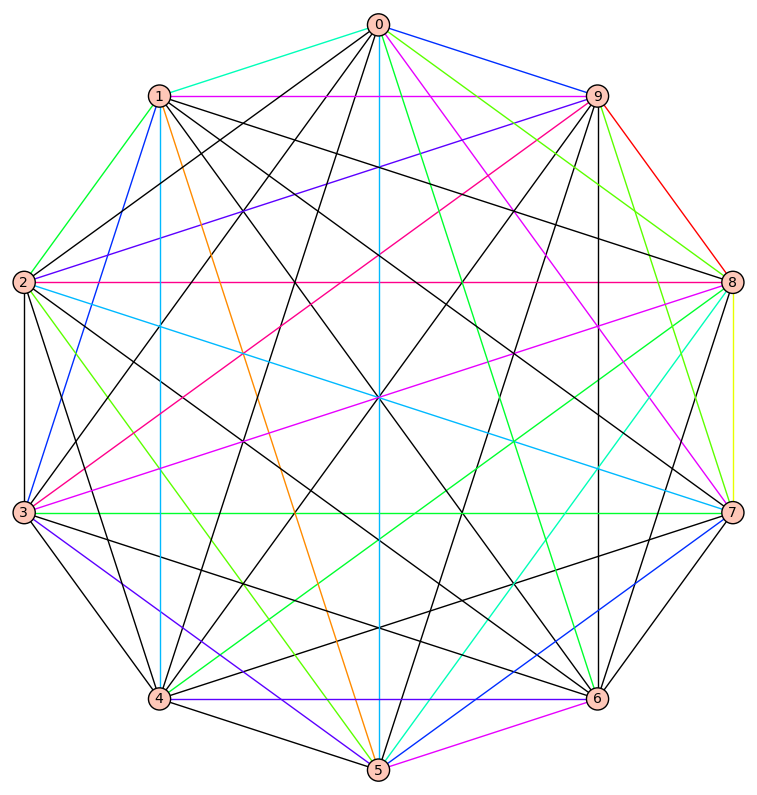 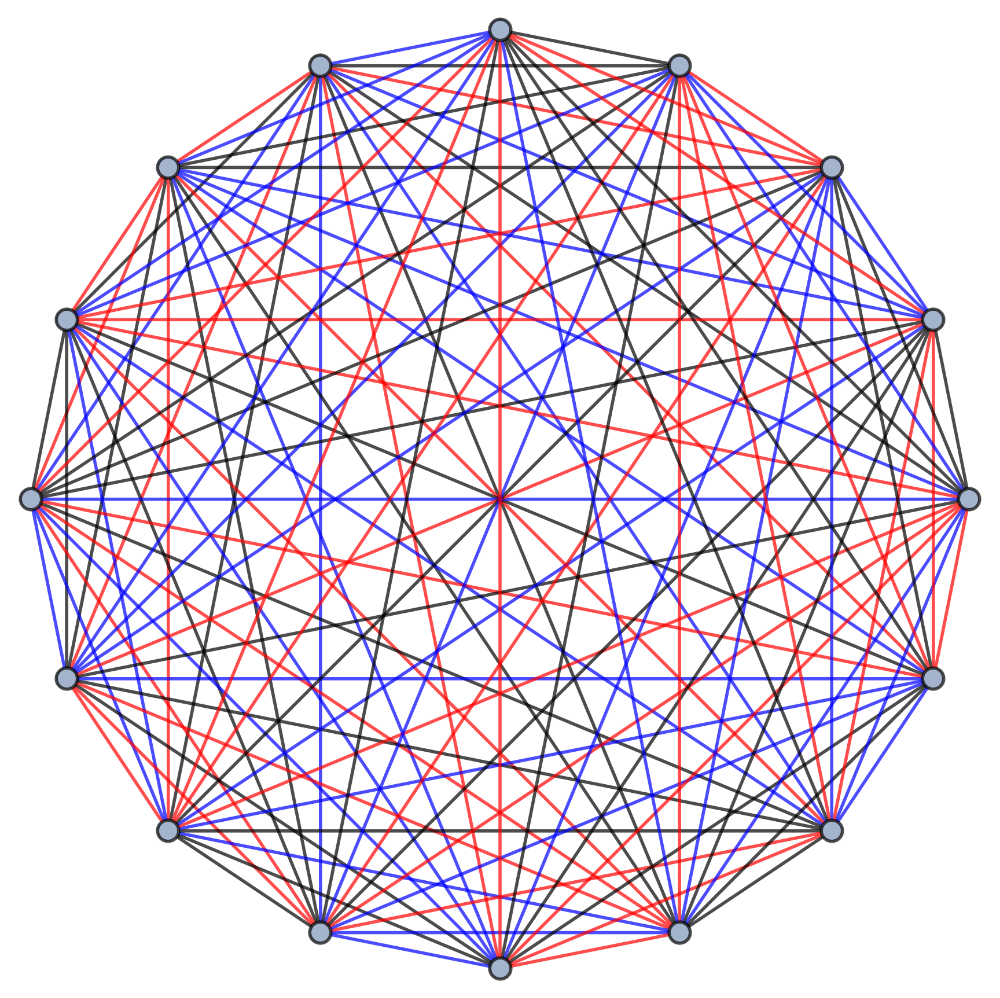 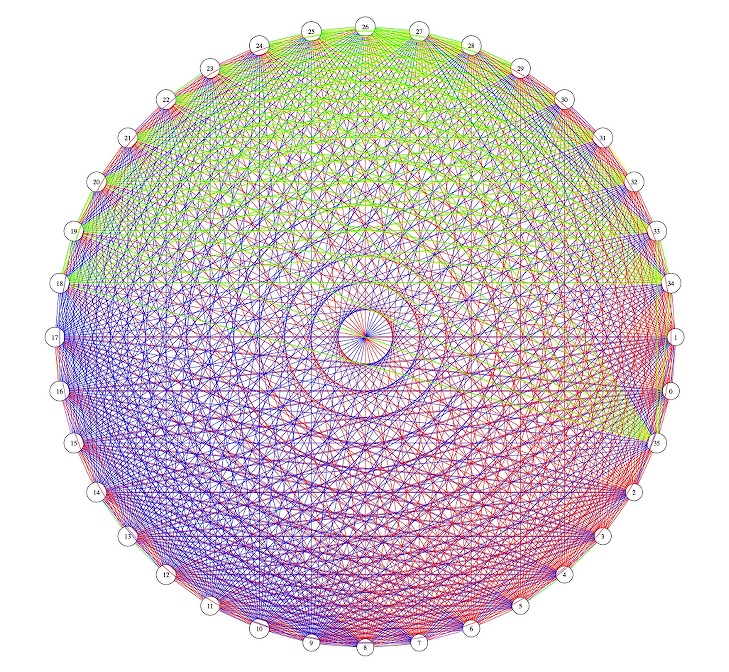 Think of the party problem as one of these graphs. If blue lines represent strangers and red lines represent non-strangers, then a red triangle would represent a "friend clique" of 3 and a blue four-sided shape would represent a "stranger clique" of 4. Specifically, the party problem inputs the desired size of a friend clique (m) and a stranger clique (n) and outputs the smallest number of people or vertices (R) required to guarantee one of those cliques exists. It's written as the function R(m,n) and specific solutions are written as R(3,3) = 6 and R(4,5) = 14. When m and n are the same it is called a Ramsey number. Whew! Take a moment to catch your breath. Well, in 1928, a 25-year old polymath named Frank Ramsey came up with a theorem for the party problem that stated, for any desired clique sizes, there always exists a minimum number of people (or vertices on a complete graph) that guarantees a friend clique or stranger clique of the desired size will exist. In doing so, he accidentally created an entire field of mathematics called combinatorics. Mathematicians have been trying to compute the actual Ramsey numbers ever since, but have only solved the first four! They are working on R(5,5) but the best they can prove so far is that it's somewhere between 43 and 49. By the way, a graph with 49 vertices has 21176 possible edge colorings, which is far larger than the number of atoms in the universe. The Hungarian mathematician Paul Erdos said that R(6,6) is so hard to calculate, if aliens threatened to destroy earth in one year's time unless we told them R(6,6) "we would have no choice but to launch a preemptive attack." In other words, it's impossibly hard to calculate. Ramsay died only two years after devising his theorem, during a botched abdominal operation at the age of 26. So he never got to see the mathematical maelstrom he created. Not to mention the fires he started in the fields of economics (working with Keynes!) and philosophy (working with Wittgenstein!). Low achiever! Which finally brings us to the timeliness of today's Curio. Two weeks ago, in a paper posted on arXiv, two mathematicians declared that the fifth Ramsey number, R(5,5) has an upward limit of 48, not 49. Ten years earlier the same two were the ones who had previously proven R(5,5) is in the range between 43 and 49. Now, I know you are thinking to yourself: seriously, you made me read all of this for that? So let me explain to you why this small adjustment is such a huge deal in the world of combinatorics. Actually, I'm out of time… 3 CQ points for you!
More about this Curio:
The Intrepid Mathematician: "Breakthrough in Ramsey Theory"
Scientific American: "Overthinking an Erdős Quote about Ramsey Numbers and Evil Aliens"
Discrete Applied Mathematics: "Applications of Ramsey Theory"
Wolfram Alpha: "Ramsey Number"