No thanks
Continue
Whoops!
Your free trial of Curious+ has expired
Person, Place, or Thing
Our encyclopedia of the odd and awe-inspiring.
Previous Next
November 27, 2022
1 CQ
Thing: French bulldogs 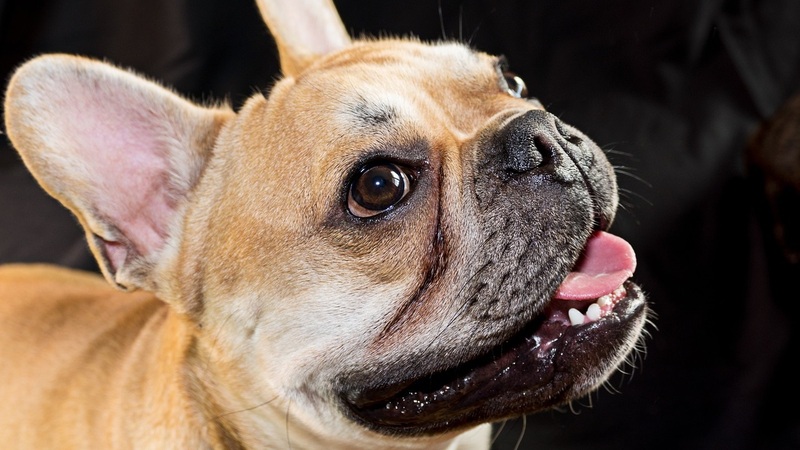 Did you catch the National Dog Show on Thanksgiving Day? If so, you’ll know that Winston, a cream-colored French bulldog, took the Best in Show spot. In recent years, French bulldogs have exploded in popularity. In fact, as of 2021, they were America’s second-most-popular breed according to the American Kennel Club (AKC). French bulldogs, or “Frenchies” as they are popularly known, have a complicated history involving dog fighting, factory workers, and high society. Despite their popularity, frenchies are also embroiled in controversy thanks to their myriad of health problems which many say is the result of extreme breed standards.
Frenchies’ closest canine ancestor didn’t originate in France, but in Britain, home of the first bulldogs. These stalky dogs were bred to help butchers control their livestock, but they quickly became popular for a less savory reason: dog fighting. With their powerful jaws and facial wrinkles that helped direct blood away from their eyes, bulldogs were unfortunately perfect fighting dogs. Sometimes bulldogs would be made to fight one another, but more often they were used in the blood sport of bullbaiting, in which a bull would be pitted against one or more bulldogs. Bulldogs were bred to be stalkier, with more exaggerated, wrinkly faces for use in the sport. Luckily, bullbaiting was banned in Britain in 1835, and breeders began to breed non-fighting characteristics into the dogs. Mixing bulldogs with terriers, a group of dogs created for hunting small vermin, created smaller, more spirited dogs. Craft workers and artisans adored these smaller bulldogs, and often took the dogs with them while working in their shops. Lace workers in Nottingham, a city in the East Midlands of England, were particularly fond of the new, miniaturized bulldogs. Soon, most bulldogs in England only weighed between 12 to 25 pounds.
Then came the Industrial Revolution. The formation of large factories caused many small artisan shops to shut down. Lace workers in Nottingham suddenly found themselves without work. Luckily, France still valued artisan lace, and so they migrated across the English channel, bringing their small bulldogs along. The dogs caught on with working class French people, and many were imported from English breeders. Once the dogs became popular in Paris, French breeders sprung up, catering to their country’s insatiable love for Bouledogue français or French bulldogs, as they were now known.
After famed French painter Toulouse Lautrec began depicting French bulldogs in his work, the little dogs found their way into French high society. Yet, it wasn’t until the 19th Century that the breed got its now-famous “bat ears”. Americans traveling to Paris around this time brought French bulldogs back to the U.S. with them. Some of the dogs had erect ears, while others had floppier “rose ears.” Soon, American breeders made bat-ears a must for French bulldogs—which is ironic considering that French people at the time seemed to prefer floppier ears. Whatever sort of ears they had, French bulldogs became a status symbol in both France and the U.S.
They remain so today, as the beloved companions of instagram influencers everywhere as well as celebrities like Paris Hilton and Taylor Swift. However, the little dogs have also found themselves at the center of controversy. This is because French bulldogs are not a particularly healthy breed, thanks in large part to selective breeding of exaggerated features. Frenchies’ heads are so large that the dogs must give birth via C-section. Their muzzles have been drastically reduced in size via selective breeding, meaning that the dogs are brachycephalic, a term for animals with broad, short skulls. Brachycephalic dogs are prone to breathing problems. These issues can be life-threatening, especially in high heat, since brachycephalic dogs can’t pant properly to cool down, as other dogs do. Their bulging eyes make them prone to conditions like cherry eye (prolapsed eye glands) and corneal ulcers. Because Frenchies were bred to have short back legs, they often suffer from spinal problems, such as intervertebral disc disease, which can cause sudden paralysis. While other dogs of similar weight, like beagles, can live from 12 to 15 years, French bulldogs typically live for just 10 to 12. Luckily, some breeders in Europe are pushing for healthier features in Frenchies, including longer muzzles and back legs. Only time will tell whether Frenchie enthusiasts will be willing to part with their beloved canines’ flat faces, though.
[Image description: The face of a cream-colored French bulldog against a black background.] Credit & copyright: Harald_Landsrath, Pixabay