No thanks
Continue
Whoops!
Your free trial of Curious+ has expired
Person, Place, or Thing
Our encyclopedia of the odd and awe-inspiring.
Previous Next
June 19, 2022
1 CQ
Person: John Williams 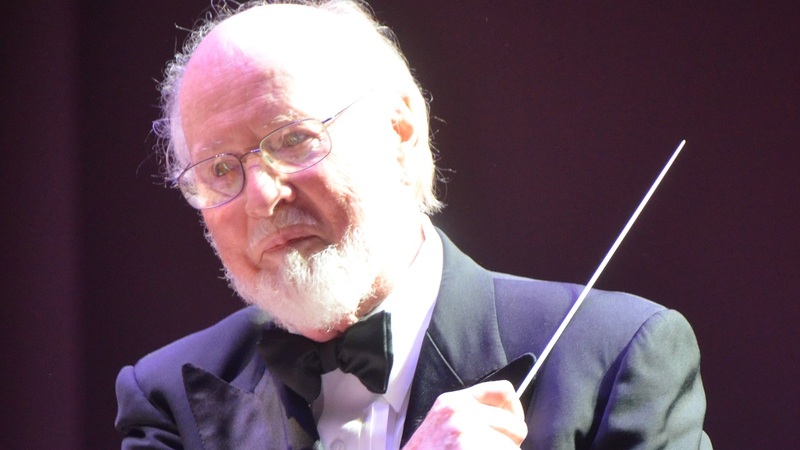 Here’s a composer who’s scored as many prestigious awards as he has movies. In addition to his five Academy Awards and four Golden Globes, John Williams has the honor of being a household name—a rare feat among composers. Then again, how could he not be well-known, when he’s responsible for the music of mega-blockbusters like Star Wars, Jaws, Indiana Jones, Harry Potter, and E.T. the Extra-Terrestrial, which was released this month in 1982? Williams’ career had an interesting beginning, though. Few would guess that the famed composer was playing on military bases and in jazz clubs long before he was scoring movies.
Born in New York City in 1932, Williams grew up surrounded by music. His father, Johnny Williams, was a jazz drummer who played with the Raymond Scott quartet and later the CBS radio orchestra. By the time he was a teenager, Williams played several instruments, including piano, trumpet, trombone and clarinet. He also began orchestrating music, following his father’s lead. In 1948, Williams’ family moved to L.A. Greatly influenced by his father’s work in jazz, Williams attended the University of California but transferred to Los Angeles City College because he was so eager to play in their studio jazz band. Williams didn’t get the chance to graduate on time, though. In 1951, he was drafted into the U.S. Air Force, though he didn’t let that stop his musical pursuits.
While in the Air Force, Williams worked with military bands, arranging, conducting, and playing music. His talents eventually led to him working with the U.S. Air Force Band as a piano and brass player. After leaving the military in 1955, Williams moved back to New York City and began attending the school to which he still has the closest ties: The Juilliard School, a prestigious, private performing arts conservatory in New York City. However, at the same time that Williams was studying piano with famed Ukrainian pianist Rosina Lhévinne at Juilliard, he was spending his nights working as a jazz pianist in New York clubs. Williams loved performing, and dreamed of becoming a concert pianist before finally deciding that his true strength lay in composing.
After Juilliard, Williams returned to L.A. By 1959, he was working steadily as a film studio orchestrator, someone who assigns instruments to musicians in an orchestra. He played piano for various movies and T.V. shows including 1961’s West Side Story. In 1971, he won an Academy Award for his score adaptation of the film version of Fiddler on the Roof. Stepping outside the comfort zone of many classically-trained composers, Williams made a name for himself lending dramatic, swelling music to disaster films in the early 1970s. It was Williams’ penchant for thrilling scores that made Steven Speilberg approach him about scoring Speilberg’s directorial debut, Sugarland Express, in 1974. Their partnership was solid, and the following year Williams created the score for a movie that made him a household name outside of Hollywood: Jaws. Famous for its two-note ostinato, or repeated musical phrase, Williams’ score plays each time the film’s monstrous shark approaches. Speilberg and Williams went on to work together on 25 more films over the next 43 years, as Williams racked up a total of 50 Academy Award nominations.
Williams’ 60-year career has impacted the sound of Hollywood in innumerable ways. Before him, only “serious” movies, such as period dramas, had “serious-sounding” scores. But, perhaps because Williams always had one foot in the classical world and one foot in the jazz world, he didn’t adhere to that rule. Now, movies of any genre can have elevated, orchestral music, be they family films (like E.T.), thrillers (like Jaws) or sci-fi flicks (like Star Wars.) In 2016, The American Film Institute awarded Williams a lifetime achievement award. At the award ceremony, Speilberg summed up his friend’s contributions thusly: “Without John Williams, bikes don’t really fly, nor do brooms in Quidditch matches, nor do men in red capes. There is no Force, dinosaurs do not walk the Earth, we do not wonder, we do not weep, we do not believe.” How’s that for a glowing endorsement?
[Image description: John Williams conducting an orchestra.] Credit & copyright: Chris Devers, image cropped for size, image is hereby distributed under the same license linked here.