No thanks
Continue
Whoops!
Your free trial of Curious+ has expired
Art Curio
A daily dose of visual culture.
Previous Next
May 30, 2022
1 CQ
Fortuitous folk art 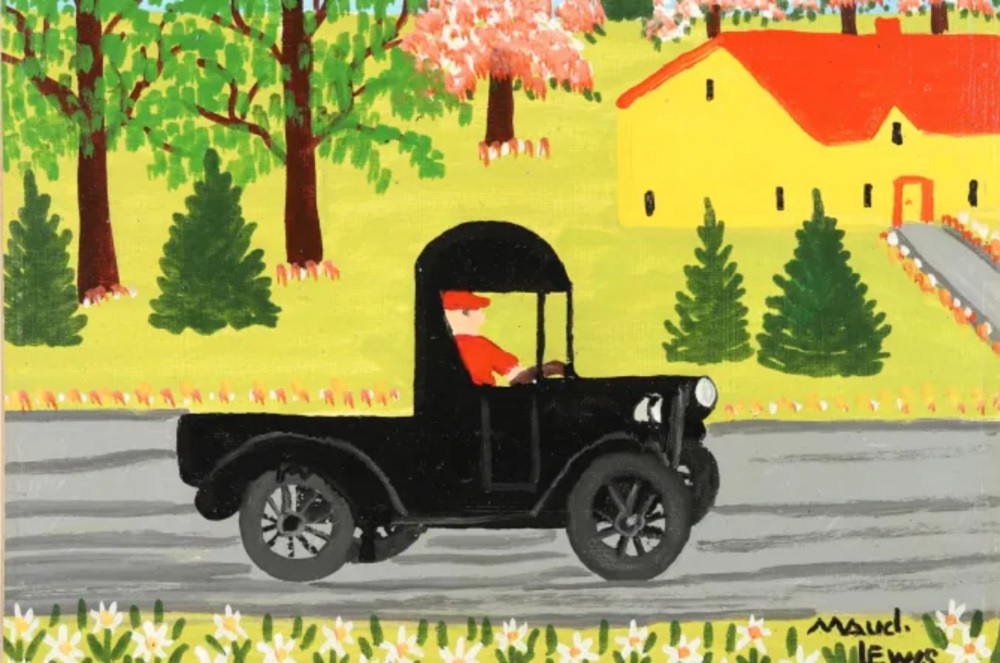 How much would you pay for a grilled cheese sandwich? A Maud Lewis painting that was once used as payment for a grilled cheese sandwich recently sold at auction for over $200,000 USD. Black Truck shows a black pickup truck driven by a man in a red shirt and hat. The background shows brightly-colored rural scenery, including a yellow-and-red house among flowers and trees. Maud Lewis, Canada’s most famous folk artist, passed away in 1970, but not before sending many of her paintings to longtime supporter John Kinnear. Kinnear, who was an artist in his own right, was a regular of the Villa, a restaurant in downtown London, Ontario. One day, he offered to pay for his meal with one of nine paintings he had with him. Although the owners had never heard of Lewis at the time, they settled the bill by picking the painting of the truck. Over 50 years later, that decision has paid dividends. Just for comparison, the most expensive Lewis painting before this sale was $52,637.34. That’s still a lot of cheese.
Black Truck, Maud Lewis (1903-1970), 1960, Oil on board, 14 x 11 in. (35.56 x 27.94 cm.)
Below: Another of Lewis’ paintings, Covered Bridge in Winter. 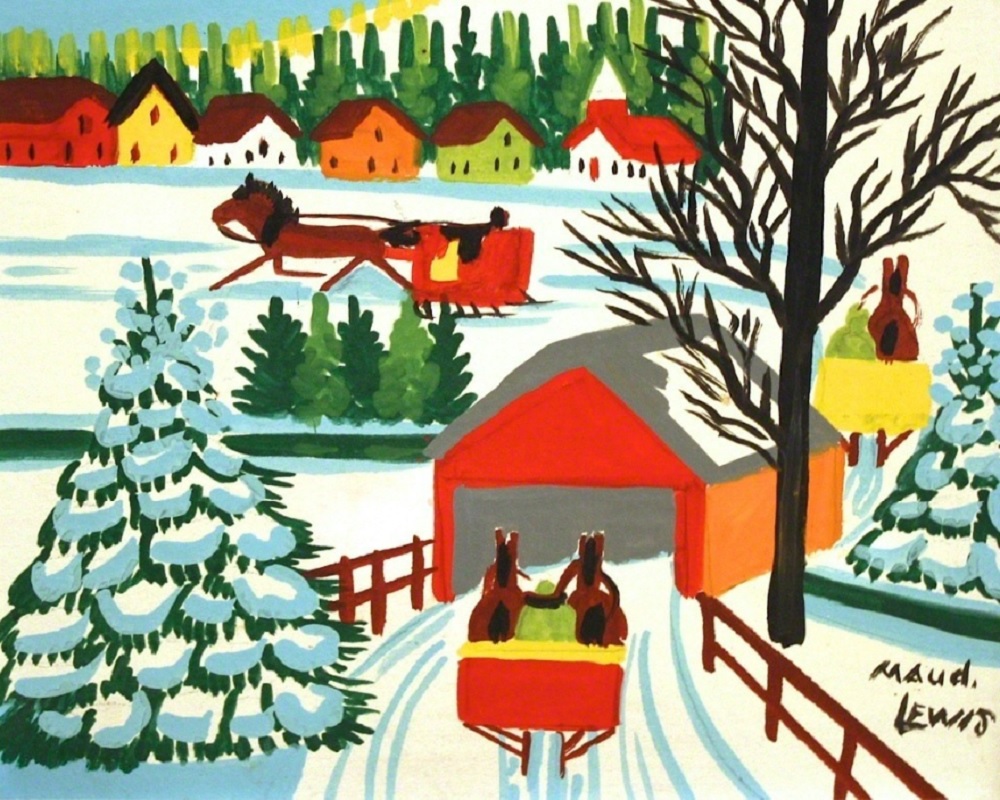