No thanks
Continue
Whoops!
Your free trial of Curious+ has expired
Person, Place, or Thing
Our encyclopedia of the odd and awe-inspiring.
Previous Next
May 29, 2022
1 CQ
Thing: earthworms 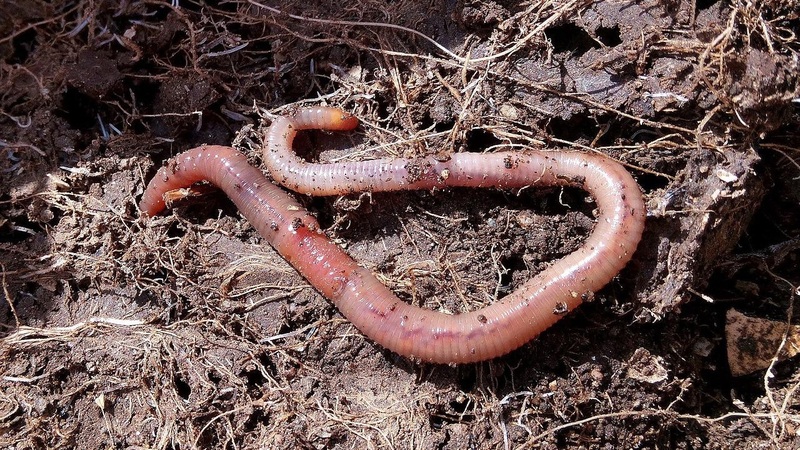 With spring comes gardening, but these “gardeners’ best friends” have been hiding a dastardly secret. Believe it or not, practically all earthworms in North America are invasive. Many worm species, originally brought to the continent from Europe and Asia, are doing active harm to forests in the U.S. and Canada. Oddly, some of the same traits that make worms so helpful to gardens make them a devastating force in wild forests.
At first glance, worms may seem like simple creatures with little destructive potential. They have no eyes. Their brains contain a mere 300 or so neurons, compared with a dog’s 530 million. Worms have a simple body layout, sometimes described as a “tube in tube” system: a digestive tube inside a muscular tube, with five heart-like organs called aortic arches to pump their blood. Once upon a time, there were many native species of earthworms in North America. Their demise came not by man-made means, but by unprecedented natural events. Around 15,000 years ago, during the ice age of the Pleistocene epoch, glaciers formed over much of North America. This included Canada and the northern United States, stretching as far south as midwestern states like Illinois and Ohio. The glaciers eroded soil, severely impacting native earthworm populations. Around 3,700 years later, as the ice age ended, the glaciers retreated. This left behind a lot of barren land that gradually grew into worm-free ecosystems. Trees and other plants in these areas evolved to live without worms, meaning that they were adapted for a particular kind of soil, with particular levels of nutrients like nitrogen, phosphorus, and potassium. Things were going great until explorers, traders, and settlers from Europe and Asia brought new worms to North America with them. The wriggly invaders likely hid out in the roots of imported crops and other organic materials. These included several species in the Acanthodrilidae family and the Lumbricidae family, which today make up the majority of earthworms in North America.
In the confines of a garden, non-native worms help aerate soil with their tunneling. Their droppings, called castings, are water-soluble, so plants that live in soil with a lot of castings can more easily absorb water. In a forest, however, trees and native plants have adapted to live in dryer soil with fewer nutrients. When worms move in, the soil changes, and invasive plants often reap the benefits while trees and other native plants suffer. Worms also love to eat leaf litter—dead leaves on forest floors which would otherwise compost into soil. This causes many species of insects, which rely on the leaf litter for shelter and food, to die out. Even some bigger species, like salamanders, can’t survive without adequate leaf litter. With fewer insects, many kinds of birds can’t survive. From top to bottom, invasive worms affect every part of an ecosystem they touch. In an interview with The Atlantic, Anise Dobson, a forest ecologist at Yale University, said of the worm invasion, “If you were to think about the soil food web as the African savanna, it’s like taking out all the animals and just putting in elephants—a ton of elephants.”
So, can anything be done to stop these tunneling troublemakers? There are no easy answers, since pesticides can’t be used in forests, and removing invasive species is notoriously difficult once they’re well-established. For now, some ecologists suggest that people hiking or traveling through forests check their shoes before entering and after leaving, to prevent further spread of worms. Education and outreach can also help ensure that people don’t release worms used for fishing bait into wild areas. Here’s hoping that we can avoid a worm-pocalypse.
[Image description: An earworm crawls on top of soil.] Credit & copyright: PortalJardin, Pixabay

More about this Curio:
The Atlantic: "Cancel Earthworms."
Ecosystems on the Edge: "Earthworm Invaders."
NPR: "Invasive Earthworms Are Taking Over Forests in Parts of the U.S. And Canada."