No thanks
Continue
Whoops!
Your free trial of Curious+ has expired
Person, Place, or Thing
Our encyclopedia of the odd and awe-inspiring.
Previous Next
April 3, 2022
1 CQ
Thing: Academy of Motion Picture Arts and Sciences 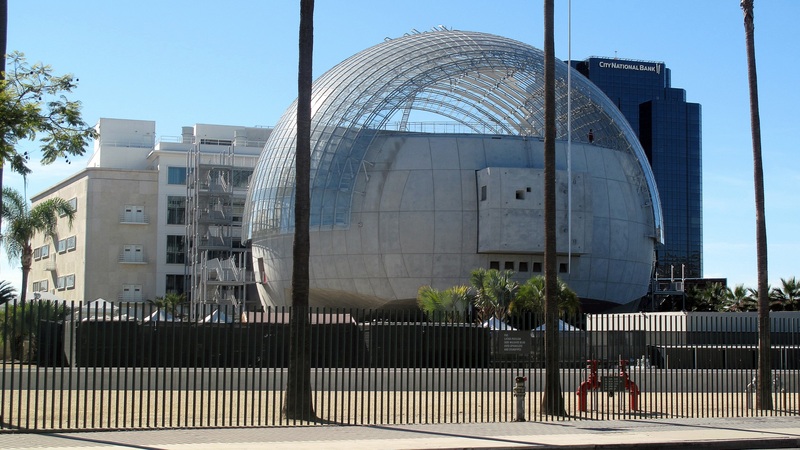 And the winner is…the film industry! While this year’s Academy Awards certainly had their share of controversies (the biggest of which was the “slap heard around the world”) the Academy of Motion Picture Arts and Sciences (AMPAS) is still going strong. But just what is this “Academy”, that Oscar winners are always thanking? And how does it decide who wins those coveted golden statues? The answers are shrouded in a bit of Hollywood mystery.
AMPAS was created in 1927 by Louis B Mayer, head of MGM Studios at the time. Movies were popular in Mayer’s time, but Hollywood hadn’t quite reached its heyday. In fact, sound had only recently been introduced to film. Thus, Mayer floated the idea of an organization that could bolster the reputation of the film industry and promote internal unity. A businessman to his core, Mayer also wanted his new organization to function as a mediating body for labor disputes, so that he and other studio executives wouldn’t have to deal with unions. Other industry titans, like producer Fred Beetson, helped establish that membership would be by invitation only—a rule that has endured to this day. It was decided that five types of film workers would be considered for membership: actors, directors, writers, technicians, and producers. Today, there are 17 membership categories—more than double the original number.
One thing that hasn’t changed about AMPAS is the air of mystery surrounding its members. No one outside of the Academy knows the exact rules for being invited to join. What’s certain, however, is that the first Academy Awards was held on May 16, 1929 at the Blossom Room of Hollywood’s Roosevelt Hotel. It was a tame affair compared to today’s Oscars, with just 250 guests seated for an upscale dinner party. Winners were announced before dinner by the Academy’s first President, actor Douglas Fairbanks Sr. The dinner itself was an opportunity for winners to relax and network with their peers. Notably, “talkies”, as movies with sound were then known, were not considered for awards, as it was considered unfair for silent films to have to compete against them. Instead, Wings, a movie by director William Wellman, tied with F.W. Murnau’s Sunrise: A Song of Two Humans for the first Best Picture winner in history. Wings was a World War I romance, while Sunrise: A Song of Two Humans told an odd story about a farmer attempting to murder his wife to be with his mistress before falling back in love with the woman he married. The modern Academy has been publicly criticized for always picking the same “type” of movie for Best Picture, but it seems their liking for dramatic films with historical settings that say something about the human condition is a tradition dating back to the very first Oscars.
Academy Award voting is also a bit mysterious. What’s known for sure is that voters from each of the Academy’s 17 branches vote for their own award categories. For example, Best Director will be decided by other directors. Anyone from any branch can nominate a film for Best Picture. But voting often isn’t as direct or impartial as one might hope. Oscar Campaigning is a well-known phenomenon in which movie studios campaign to have Academy voters to choose their films and/or film workers to win. Campaigners may give lavish gifts to voters, invite them to extravagant parties, or even make cash “donations.” While such outright bribery is frowned upon by many (and technically banned by the Academy) it’s still considered an “open secret” in the film industry. That’s not to say that it’s behind every Oscar win, though. Indie films can’t afford to launch extravagant campaigns, yet these smaller productions have beaten major studio movies through simple and modest promotion. This includes hosting screenings for Academy voters and sending marketing emails.
While the modern Academy branches have governors and board members, the Academy still has a single President. Since 2019, that’s been casting director David Rubin, who has also served as a governor of the casting director’s branch for ten years. Among other films, Rubin served as casting director for the 1997 hit, Men in Black, which helped launch Will Smith’s movie career. We can’t help but wonder whether he’s having any regrets about that at the moment.
[Image description: The iconic Sphere of the Academy Museum of Motion Pictures in Los Angeles.] Credit & copyright: Downtowngal, Wikimedia Commons, image cropped for size, image is hereby distributed under the same license linked here.


More about this Curio:
Arcadia Publishing: "A Brief History of the Oscars and Its Evolution from Award Ceremony to Fashion Event."
History: "1929, May 16, First Academy Awards ceremony"
People: "The Oscars Moments We'll Never Be Able to Stop Talking About."
Variety: "How Does Oscar Voting Work?"