No thanks
Continue
Whoops!
Your free trial of Curious+ has expired
Person, Place, or Thing
Our encyclopedia of the odd and awe-inspiring.
Previous Next
January 2, 2022
1 CQ
Person: Cecil Day-Lewis 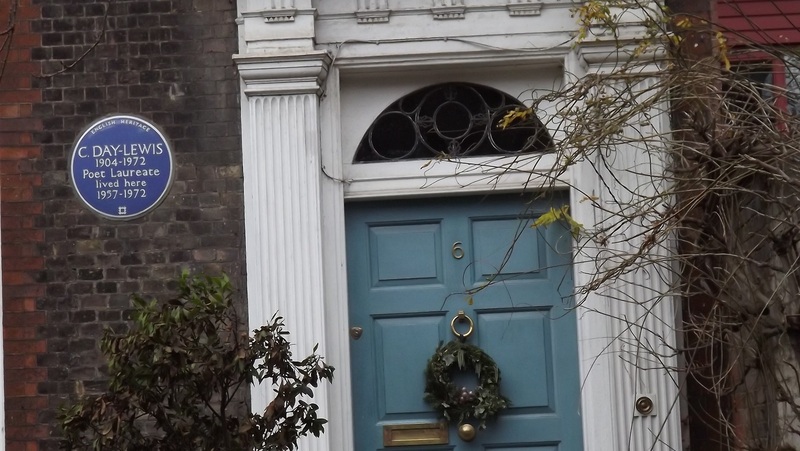 Talk about a man of many talents. On this day in 1968, British writer Cecil Day-Lewis was appointed British Poet Laureate by Queen Elizabeth II due to his storied writing career. Day-Lewis was known for his lyrical poems, in which he described everyday occurrences and emotions in beautiful detail. But there was more to this Poet Laureate than met the eye. Not only did he publish mystery novels under a pseudonym, he was a staunch communist in his youth, willing to sign up to help the cause. And all that was before he became the father of famed actor Daniel Day-Lewis.
Born in 1904 in County Laois, Ireland, Day-Lewis expressed a love of reading from a young age. His mother, Katherine, died when he was just two years old. Afterwards, his father, Frank, a rector in the Church of Ireland, moved his family to London so that an aunt could help raise his children. After graduating from Sherborne School and moving on to Wadham College, Oxford, Day-Lewis met someone who would influence his career for years to come: fellow writer W.H. Auden, a British-American poet who focused not only on traditional poetic subjects, like love, but also didn’t shy away from politics. While working on his own collection of poetry, Beechen Vigil, which was published in 1925, Day-Lewis helped Auden edit his own book of poems titled Oxford Poetry 1927.
As the Great Depression cast its shadow over the 1930s, Day-Lewis’ political views shifted. To him, the Depression demonstrated the very worst of what capitalism had to offer. He became a passionate supporter of communism—views reflected in his early poetry and nonfiction work. After joining the Communist Party of Great Britain, he edited and wrote the introduction forThe Mind in Chains: Socialism and the Cultural Revolution, a collection of writings from influential communist, Marxist and socialist writers. However, as the 1930s progressed and human rights violations were carried out by communist nations like the Soviet Union, Day-Lewis’ view of communism soured. He later expressed regret for ever having supported it, even satirizing it in his writing. In 1935, Day-Lewis began publishing novels that were very far removed from his poetry: detective novels. Under the pseudonym Nicholas Blake, Day-Lewis would go on to publish 20 such books, most of them starring the character Nigel Strangeways, a young detective who solved crimes using his vast knowledge of literature.
After the outbreak of World War II, Day-Lewis worked as a publications editor for the Ministry of Information. The government agency’s main purpose was to create propaganda, and it was even satirized in George Orwell’s 1984, but despite his rather bleak day job, Day-Lewis began to establish himself as an important literary figure and powerfully effective lyrical poet. In 1940, he published one of his most famous poems, Is It Far To Go?, in which the narrator asks an unknown speaker about death. The third stanza of this poem was eventually engraved on Day-Lewis’ headstone. In his 1943 poetry collection Word Over All, Day-Lewis finally broke away from Auden’s influence and created what was, up to that point, his most popular work, which catapulted him to fame in the literary world. After World War II, Day-Lewis took a much more pleasant day job as director and senior editor at the publisher Chatto & Windus.
The 1950s and 60s saw more publications, fame, and prestigious literary jobs for Day-Lewis, including positions as a lecturer at Cambridge University and a Professor of Poetry at Oxford. In 1956, Day-Lewis wrote another of his most famous poems, which he didn’t publish until 1962. Walking Away focused on Day-Lewis’ love for his teenage son, and his mixed feelings over him becoming an adult. The immensely-popular poem might have contributed to Day-Lewis’ 1968 appointment as British Poet Laureate, an honor he enjoyed for just four years before his death, in 1972. Day-Lewis’ literary legacy is still considered one of the most important in modern European history, and if his poems concerning death are anything to go by, he likely would want to be remembered for his work, rather than mourned. As the final stanza of Walking Away states, “...love is proved in the letting go.”
[Image description: The entryway to a home where Cecil Day-Lewis once lived, with a blue plaque commemorating him.] Credit & copyright: Colin Smith, Wikimedia Commons, image cropped for size.