No thanks
Continue
Whoops!
Your free trial of Curious+ has expired
Person, Place, or Thing
Our encyclopedia of the odd and awe-inspiring.
Previous Next
December 12, 2021
1 CQ
Person: Frank Sinatra 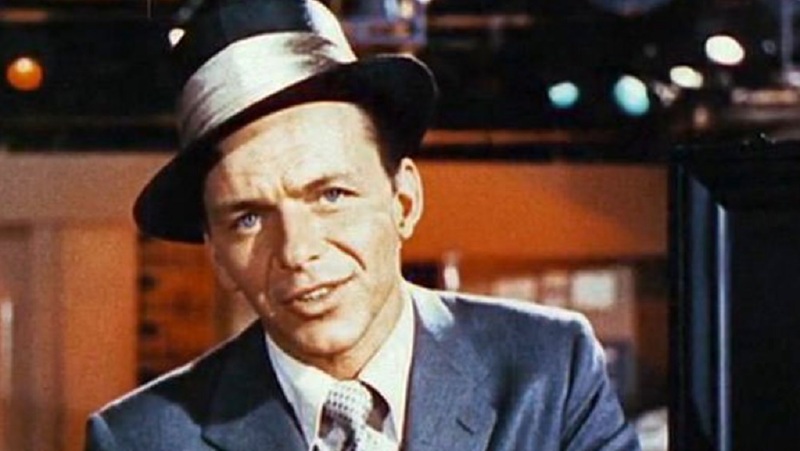 Was ‘ol blue eyes in with a bad crowd? According to the FBI’s extensive file on famed crooner Frank Sinatra, who was born on this day in 1915, he had ties to the mafia which may have even helped his early music career. Sinatra always denied the government’s claims, and some fans argue that the FBI’s surveillance of him, which lasted a whopping 40 years, had more to do with his political beliefs than any legitimate criminal activity. There’s no denying that Sinatra’s early life and start in the music industry wasn’t easy, and he himself stated that, had he not been successful as a singer, he might have fallen into a life of crime.
Sinatra was born in Hoboken, New Jersey, as the only child of Italian immigrants. His mother, Natalina Garaventa, was an outspoken Democrat, midwife, and interpreter. His father, Antonio Sinatra, was illiterate, which limited his job prospects. For much of Frank Sinatra’s childhood, his father boxed for money. However, his athleticism eventually landed him a job with the Hoboken Fire Department, where he ultimately became a captain. Sinatra had the bad luck of being a teenager during the Great Depression, so money was very tight. He also suffered from facial scarring and a punctured eardrum due to the use of forceps during his birth. Sinatra’s famed fashion sense, however, predated his on-stage debut. Even when he was a young man, Sinatra’s mother encouraged him to always dress his best, and would often save up money to pay for his suits.
Although Sinatra never learned to read music, he developed an interest in it at an early age, especially big band jazz. As a kid, Sinatra idolized artists like Gene Austin and Bing Crosby, and he often sang at family gatherings. When he began taking elocution lessons as a teenager to improve his diction, his vocal coach told Sinatra’s mother that her son had an impressive vocal range. It was his mother who got Sinatra his first professional break by convincing a local singing group, the 3 Flashes, to let him join. Sinatra quickly became the group’s most admired member, and the 3 Flashes toured the country for a brief time. From there, Sinatra worked his way up from being a singing waiter to signing a contract with Tommy Dorsey, a jazz trombonist whom Sinatra greatly admired. As head of his Tommy Dorsey band, Sinatra made decent money, but grew frustrated with the band’s weak album sales. By 1942, Sinatra was convinced he needed to go solo, but convincing Dorsey to let him out of his contract was tricky. So, how did Sinatra do it? Some newspapers at the time claimed that he enlisted the help of his godfather, Willie Moretti, who happened to be the underboss of the Genovese crime family. Whether this was true or not, Dorsey did end up reluctantly letting Sinatra go, in 1942.
By 1943, Sinatra’s fame had skyrocketed. He was declared unfit for military service in World War II due to his punctured eardrum, but the war helped boost his popularity, particularly with young women, whom Sinatra posited were lonely and looking for an escape in his music. As Sinatra’s star rose, so did the rumors of his mafia affiliations. In 1946, Sinatra was spotted at the Havana Conference, a meeting of the U.S. mafia and the Cosa Nostra Sicillian mafia in Havana, Cuba. Sinatra played golf with Chicago mobster Sam Giancana and others. According to Sinatra’s FBI file he sometimes played gigs in mafia-owned clubs as favors to the mob.
The FBI also noted, however, that Sinatra’s supposed relationship with the mafia changed, as the singer fostered a friendship with President John F. Kennedy. This is because Kennedy’s brother, Attorney General Robert F. Kennedy, was known for cracking down on organized crime. As Sinatra went on to be immortalized in music and film, starring alongside his idol Bing Crosby and others, most people forgot about or chose to overlook his alleged ties to unsavory characters. One thing’s for sure, when it comes to Sinatra’s storied career, he did thing’s his way...regardless of what the FBI had to say about it.
[Image description: Frank Sinatra, wearing a suit and hat, sits in an image from the 1957 film Pal Joey.] Credit & copyright: Public Domain


More about this Curio:
History: "Frank Sinatra’s Mob Ties and Other Secrets from His FBI File."
NPR: "'Frank': The Man, The Voice, The Mafia Ties."
The Vintage News: "The FBI Files and Mob Ties of Frank Sinatra."