No thanks
Continue
Whoops!
Your free trial of Curious+ has expired
Person, Place, or Thing
Our encyclopedia of the odd and awe-inspiring.
Previous Next
November 28, 2021
1 CQ
Thing: Advent calendars 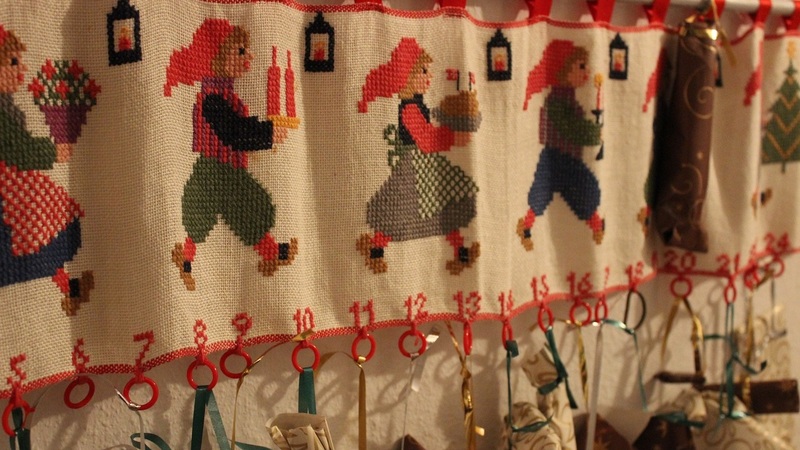 Time to start counting down the days! For many, modern Advent calendars are a fun excuse to give themselves a small treat, such as a piece of candy, every day in December. But Advent calendars actually have a long history, tied into centuries of religious tradition. Since today is Advent Sunday, what better time to learn about the origins of this quirky holiday tradition?
Advent Sunday is the official start of the liturgical year, also known as the Christian year or simply the kalendar. This is the religious year within a particular Christian sect, which determines when certain religious readings and church holidays, such as saint celebrations, will take place. The holidays are meant to line up, in theme, with the birth, life, and death of Jesus Christ, the Christian messiah. Today, the liturgical calendar is most popularly observed by the Roman Catholic Church, although some other Christian denominations follow their own versions. Advent itself, derived from the Latin “adventus”, which means “coming”, is a time of preparation for Christians. While it is popularly seen as simply a preparation for celebrating Jesus Christ’s birth, on Christmas Day, Advent is also a time when Christians spiritually prepare for the Second Coming of Christ. Christians believe that this event will proceed Judgement Day, though their religious doctrine doesn’t state when, exactly, it will occur.
In 19th and 20th Century Germany, Lutherans began to mark the days of Advent leading up to Christmas via Advent candles. These traditionally-white candlesticks were marked with numbers and lines representing the days of Advent, starting with the last few days of November. Each day, the candle was burned a bit more, until, on December 25th, it was burned away entirely. Advent candles became popular when German children began using them as part of their Christingles—decorated oranges into which candles are inserted and which are carried through church during certain Advent celebrations. Although Christingles are still popular throughout Europe today, advent candles are not usually used for them anymore. Instead, the candles are burned in private homes and come in a variety of Christmas-themed colors, rather than just traditional white. Advent wreaths, featuring four candles which are lit on each Sunday during Advent, are also still a part of modern European Advent celebrations.
The Advent calendars we know today also have their origins in the 19th and 20th Century German Lutheran Church. The idea came about as a way to get children excited about the Advent season. Some traditional Advent Calendars were similar to tapestries, with embroidered designs and numbers for each day of Advent. Small gifts, such as wooden toys, nuts, dried fruits, or other sweets would be attached to the cloth near each number. As Advent calendars became more popular throughout Europe, more elaborate and varied designs emerged. There were calendars made from wood, with numbered shelves containing gifts for each day. Some calendars featured decorated, numbered gift bags tied to a string. Others resembled boxes, with small doors for each day of Advent, under which miniature paintings could be seen. On these calendars, December 24th and 25th usually featured the most elaborate paintings of Jesus Christ’s birth, Saints, or heavenly celebrations. The “surprises behind opening doors” style of calendar continues to be the most popular style of Advent calendar today. Like Advent candles, modern Advent calendars don’t normally include the first few days of Advent (a.k.a. the last few days of November) instead starting with December 1. For most, they are simply a way to count down the days until Christmas, and are commonly used by anyone who celebrates Christmas, whether or not their particular religious denomination observes Advent. After all, who couldn’t use some extra chocolate during the holidays?
[Image description: A traditional European advent calendar featuring stitched designs of children and lanterns. Gifts hang from loops under each number along the calendar’s bottom edge.] Credit & copyright: lindavrengs, Pixabay