No thanks
Continue
Whoops!
Your free trial of Curious+ has expired
Person, Place, or Thing
Our encyclopedia of the odd and awe-inspiring.
Previous Next
August 29, 2021
1 CQ
Person: Malala Yousafzai 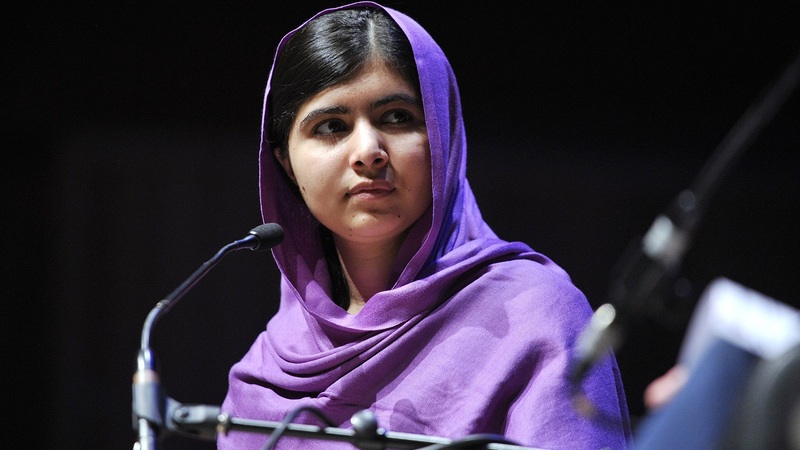 By the time she was 17, she was the world’s youngest Nobel Prize laureate, and she hasn’t slowed down since. Malala Yousafzai, known the world over simply as Malala, is one of the world’s most outspoken womens’ rights activists. She’s had plenty to say about Afghanistan’s recent fall to the Taliban; this same militant group shot Malala In 2012, when she was just 15 years old, for attending school in defiance of their orders.
Born in Pakistan's Swat district in Khyber Pakhtunkhwa province, Malala was named for Malalai of Maiwand, an Afghani warrior woman and folk hero. As a child, Malala lived with her mother, Tor Pekai Yousafzai, her two younger brothers, Khushal and Atal, and her father, Ziauddin Yousafzai, an education advocate who ran a chain of public schools. Malala was inspired by her father’s activism from a young age, and the two of them would often stay up late talking about politics. Malala’s activism began in 2008, at age 11, when her father took her to a press club in Peshawar to speak about the rising threat that the Taliban posed to girls’ education. After participating in the Open Minds Pakistan youth program, which taught students how to debate and write about social issues, Malala became an anonymous blogger for the BBC. Her posts, published under a pseudonym, informed the world about the day-to-day lives of those threatened by the Taliban. Malala wrote about the Taliban’s ban on girls’ education, their bombing of schools, and being forced to move to the countryside for her own protection.
By late 2009, Malala was becoming a household name in Pakistan. She participated in a New York Times documentary highlighting her continuing struggles to go to school. Her BBC blogger identity was publicly revealed, and she became involved with the Khpal Kor Foundation, a charity that helps orphaned Pakistani children. She often appeared on T.V., publicly advocating for girls’ education in direct defiance of Taliban edicts. In December, 2011, she was awarded Pakistan’s first National Youth Peace Prize by Prime Minister Yousaf Raza Gillani. Afterwards, when asked about the danger the Taliban posed, 14-year-old Malala said, “Even if they come to kill me, I will tell them what they are trying to do is wrong, that education is our basic right.”
On October 9, 2012, as then-15-year-old Malala rode a bus home from taking an exam, a masked gunman hijacked the vehicle and demanded to know which student was Malala. He then shot her in the head, injuring two other students in the process. The bullet traveled through Malala’s head, neck, and shoulder. After a five-hour operation at a military hospital in Peshawar, during which the bullet was removed and a portion of Malala’s skull was taken out to allow her brain to swell safely, she was moved to the Armed Forces Institute of Cardiology in Rawalpindi. Doctors estimated her chance of survival to be around 70 percent.
Remarkably, after receiving further treatment in the UK, Malala made a full recovery and immediately returned to her activism. Her public platform was now enormous, as the attack against her had sparked international outrage. She spoke with the Pakistani government, then-U.S.-President Barack Obama, and appeared on television programs throughout the world. In 2013, Malala and her father founded the Malala Fund, an international organization which advocates for girls’ education. That same year, Malala published her autobiography, I am Malala. After becoming the youngest person to win the Nobel Peace Prize, in 2014, Malala attended school at Edgbaston High School in Birmingham, England, then at Lady Margaret Hall, an Oxford University College, from which she graduated in 2020.
After Afghanistan’s sudden fall to the Taliban in August, 2021, Malala wrote an impassioned article for the online publication, Podium. She explained that as the Taliban took over, she was in Boston, undergoing her sixth operation to repair damage from the 2012 attempt on her life. “Nine years later, I am still recovering from just one bullet,” she wrote. “The people of Afghanistan have taken millions of bullets over the last four decades. My heart breaks for those whose names we will forget or never even know, whose cries for help will go unanswered.” No doubt the world will be hearing more from Malala as the situation in Afghanistan evolves, and her ongoing tenacity in the face of adversity will continue to inspire millions.
[Image description: Malala Yousafzai, wearing purple, prepares to speak into a microphone during an interview.] Credit & copyright: Southbank Centre, image cropped for size