No thanks
Continue
Whoops!
Your free trial of Curious+ has expired
Person, Place, or Thing
Our encyclopedia of the odd and awe-inspiring.
Previous Next
August 8, 2021
1 CQ
Place: Loch Ness 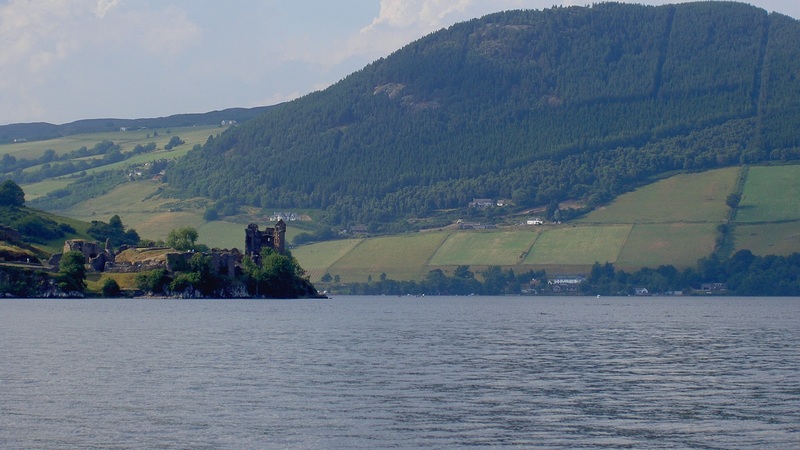 Watch out, they say there’s a wee monster in these waters! For decades, tourists have flocked to Scotland’s Loch Ness in hopes of spotting the fabled “Nessie”. On August 2, the Scottish government announced that people from certain countries (including the U.S.) who were fully vaccinated against COVID-19 could once again travel to Schotland, so this summer is likely to see Loch Ness tourism boom once again. In all likelihood, the loch is entirely monster-free, but that doesn’t make its history of supposed monster sightings any less interesting, and it certainly doesn’t detract from the loch’s natural beauty.
So, what exactly is a loch? Loch is simply a word meaning “lake” in Gaelic, a language spoken in Scotland for centuries. Loch Ness is situated in the Scottish Highlands, a mountainous area in northern Scotland which covers around 10,000 square miles. Although Loch Ness isn’t the deepest loch in Scotland (that honor goes to Loch Morar, also in the Scottish Highlands) Loch Ness does have the largest volume of fresh water in all of Great Britain. In fact, there is more water in Loch Ness, around 263 billion cubic feet to be exact, than in all the lakes in Wales and England combined. Loch Ness lies in the Glen More, or Great Glen, a valley which stretches for around 60 miles, splitting the Highlands roughly in half. Despite its reputation as a solitary body of water, Loch Ness is actually fed by several rivers, such as the Oich and the Moriston. It connects to other bodies of water across Scotland via the Caledonian Canal, constructed in the early nineteenth century by famed Scottish engineer Thomas Telford. Due to its year-round frigid water temperatures and a natural phenomenon called seiches, standing waves in enclosed bodies of water which cause water levels to rapidly rise and fall, not many plants or animals live in Loch Ness. So, how did a place without many aquatic animals become the supposed home of marine monster?
The answer may lie with a saint. According to a 7th-Century biography of Irish missionary Saint Columba, the holy man not only saw a “beast” in Loch Ness, in 565 AD, but was involved in a scuffle with it. According to the account, the Loch Ness Monster rose from the water and attacked a man on shore, at which point Saint Columba invoked God’s name and commanded it to retreat to the water “with all speed”, which it did. Monster-wise, things were fairly quiet after that until 1930, when three fishermen reported to the Northern Chronicle that an enormous animal had approached their boat, churning up the water and making a “terrible noise.” In 1933, a new road along the loch’s shore was finished, giving drivers a clear view of its waters. That same year, a local couple claimed to have seen a huge aquatic animal breaching the loch’s surface. A media frenzy ensued after the story was reported in the Inverness Courier, describing the creature vanishing in a “boiling mass of foam.” The first supposed photo of “Nessie” soon surfaced. Taken by a local man named Hugh Gray, the bluffy photo appeared to show a long, serpentine shape on the surface of the water. With public interest at an all-time high, big-game hunter Marmaduke Wetherell was hired by London’s Daily Mail to travel to Scotland and capture the Loch Ness Monster. When he reported finding large, unidentified animal footprints near the loch, people from around the UK began flocking to Loch Ness. The following year, on April 21, 1934, the Daily Mail published what remains the most famous photo of Nessie. Known as the “Surgeon’s Photograph”, it was supposedly taken by a doctor named Robert Wilson and showed what appeared to be a long-necked creature poking its head out of Loch Ness’s waters. The photo was later revealed to be a hoax created by none other than Wetherell’s stepson by taping a paper neck and head to a toy submarine. Nevertheless, it cemented Nessie’s image as a long-necked serpentine creature, akin to a prehistoric plesiosaur, in the public consciousness. Today, Nessie remains a great way to attract tourists, but no scientific evidence for her existence has been found. That’s certainly no reason not to visit the Scottish Highlands though!
[Image description: A green hill dotted with trees and fields rises behind the waters of Lake Loch Ness. Urquhart Castle can be seen to the left.] Credit & copyright: Pappenheim at German Wikipedia/Public Domain