No thanks
Continue
Whoops!
Your free trial of Curious+ has expired
Nerdy Curio
How stuff works, from the Big Bang to Big Ben.
Previous Next
July 27, 2021
1 CQ
Impeding Pegasus 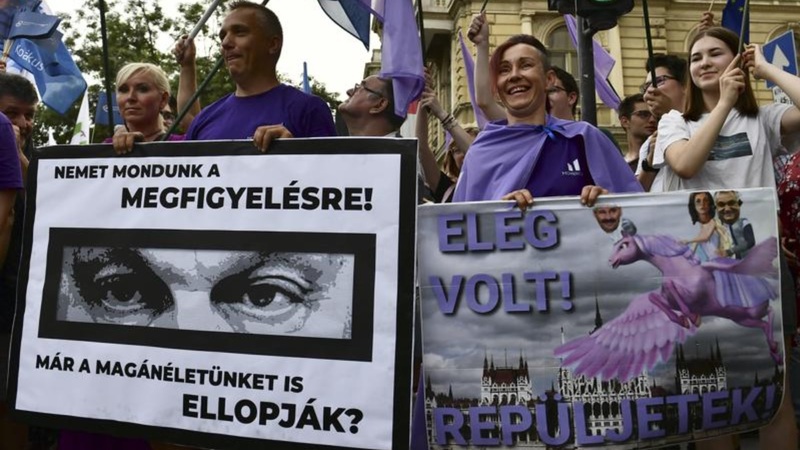 This Pegasus is a lot less heroic than the one from Greek myth. In fact, it’s a form of malware, or malicious software, that was recently found on the phones of over 1,000 people in 50 countries. Created by Israel-based hacker-for-hire outfit NSO Group, Pegasus can infiltrate and collect data from just about any smart device. Although NSO Group insists that Pegasus is only supposed to be used by government and law enforcement agencies in the fight against terrorism, a recent investigation by a global media consortium uncovered its widespread misuse. Governments were found to be spying on journalists, activists, and lawyers, among others. So, how does Pegasus work and what can be done to stop it?
Most spyware (malware created specifically to steal data) relies on unwitting user participation to work. For example, some spyware generates fake-but-official-looking forms which ask users to fill in personal info themselves. Pegasus is different. It uses difficult-to-detect vulnerabilities in operating systems, called zero-day exploits, to break into phones. This means that it can be loaded onto a target’s phone without them having to do anything. Pegasus can then steal data, such as contact lists, text messages, and photos, sending them directly to whoever is spying. GPS data can be accessed to track an infected phone. Reportedly, Pegasus can even hijack a phone’s camera and microphone to secretly record victims.
As if that wasn’t bad enough, Pegasus is notoriously difficult to find and remove. Two apps, iVerify and MVT from Amnesty International claim to be able to detect Pegasus, but removing it can require the help of an expert. Luckily, unless you’re a high-powered businessperson or politician, you’re unlikely to be targeted by Pegasus...but illegal government spying is something that everyone should be aware of, regardless. [Image description: People in Hungary hold signs and flags during a protest against government spying.] Credit & copyright: AP photo/Anna Szilagyi
Written by: Maria C.

More about this Curio:
Associated Press: "Hungarians Protest Over Alleged Government Spying."
NPR: "Malware From An Infamous Hacker-For-Hire Group Was Found On Nearly 900 Phones."
The Verge: "NSO’s Pegasus Spyware: Here’s What We Know."