No thanks
Continue
Whoops!
Your free trial of Curious+ has expired
Song Curio
Find your next musical obsession.
Previous Next
June 23, 2021
2 CQ
Library rock 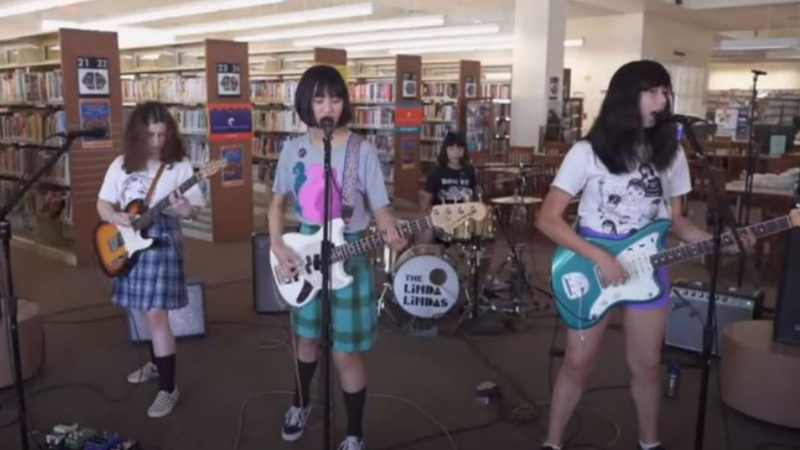 No one's telling these girls to be quiet in the library! The all-girl punk band The Linda Lindas were recently invited to open the Los Angeles Public Library's AAPI Heritage Month celebrations. The half Asian, half Latinx band blasted through songs off of their eponymous debut, and a new track entitled Racist, Sexist Boy. While some of The Linda Lindas' songs take on simple punk song subjects, the girls don't falter when it comes to addressing bigotry—much like their Riot grrrl influences. Drummer Mila spoke of the inspiration for the song: "A little while before we went into lockdown, a boy came up to me in my class and said that his dad told him to stay away from Chinese people….after I told him that I was Chinese, he backed away from me. Eloise and I wrote this song based on that experience." On top of sludgy guitar riffs, the girls call out the offender and present a united front when chanting "Poser! Blockhead! Riff raff! Jerk face!" The Linda Lindas' viral popularity is ensuring the next generation of anti-fascist punks are ready to kick butt and write songs about it!