No thanks
Continue
Whoops!
Your free trial of Curious+ has expired
Person, Place, or Thing
Our encyclopedia of the odd and awe-inspiring.
Previous Next
May 16, 2021
1 CQ
Person: Nawal El Saadawi 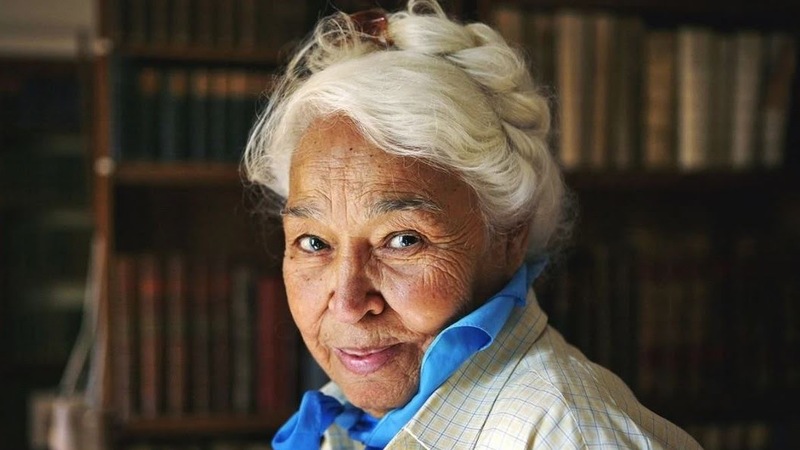 You don't earn the nickname "the Simone de Beauvoir of the Arab World" without ruffling a few feathers. The Egyptian feminist and physician, Nawal El Saadawi, passed away last month. She was a deeply controversial figure at home, and while her political detractors made violent attempts to silence her, she nonetheless left behind a staggering legacy of feminist and anti-imperialist activism and literature.
Nawal El Saadawi was born on October 27, 1931 in the town of Kafr Tahla, Egypt. Her father Al-Sayed El Saadawi was a government official in the Egyptian Ministry of Education who was exiled for protesting against British rule. He was considered fairly progressive and encouraged his daughter to pursue an education. Nawal El Saadawi's intellectual independence clashed with many of the cultural expectations put upon her gender: at the age of six, she was abducted at night by people she knew, and forced to undergo a female genital mutilation ritual (FGM). At age 10, she was arranged to be married, though she avoided it through her protestations and mother's support. When her parents passed away, she was left with the burden of providing for her six younger siblings—even as her grandmother made snide remarks like "a boy is worth 15 girls at least... Girls are a blight."
In spite of her difficult upbringing, El Saadawi managed to graduate from medical school at Cairo University in 1955. Her work as a doctor took her to rural villages where she advocated for sanitary medical practices and the mental and physical health of poor women. She was eventually shunned from the villages for speaking out against domestic violence and FGM, and her critics would claim she “incited women to rebel against the divine laws of Islam." Her work as a physician was so highly regarded that she eventually became the Minister of Public Health to the Egyptian Medical Association, and would found the Association for Health Education.
After the publication of her work Women and Sex in 1969, El Saadawi was removed from her government post and her magazine Health was banned by President Anwar Sadat's regime. In the 70s, she dedicated herself to researching neurosis in women at Ain Shams University in Cairo, and in 1979 would helm the United Nations Advisor for the Women's Programme in Africa and the Middle East. By that time, El Saadawi was a prime target of Sadat's regime. She was arrested in 1981 as a liberal conspirator—which was untrue, though she did publish a feminist magazine called Confrontation which must have equally irritated Sadat. While in Qanater Women's Prison she was denied writing utensils, and so began writing her Memoirs from the Women's Prison using toilet paper and a black eyebrow pencil.
After Sadat's death, El Saadawi was released from prison and experienced a decade of less hostility towards her work in Egypt. In 1982, she founded the Arab Women Solidarity Association. The relative peace did not last: in 1993, under the threat from Islamists extremists, she was forced to flee Egypt and took a position in Duke University's Asian and African Languages Department. While in the U.S., El Saadawi did not back down from criticizing the U.S. and its use of imperialistic war powers abroad, and propaganda to stoke Islamophobia at home. Even when she was able to return home to Egypt in 1996, El Saadawi continued to speak her truth in the face of opposition. In 2008, she successfully fought an attempt to ban her writings and strip her of her nationality because of the controversy surrounding her play God Resigns at the Summit Meeting. In her old age, she established the first Egyptian chapter of the Global Solidarity for Secular Society, citing a need for Egypt to divorce itself from Islam as the state's official religion.
In tribute to Nawal El Saadawi, the Egyptian-American journalist Mona Elthahawy recalled the first time she saw an interview with El Saadawi. When told she was a "savage and dangerous woman," El Saadawi replied, "I am speaking the truth. And the truth is savage and dangerous." She may not have swung swords or collected firepower, but Nawal El Saadawi frightened regimes by wielding truths that could topple their oppressive empires.
[Image description: Egyptian activist Nawal El Saadawi sits in front of bookcases, smiling with her white hair in a braided bun. ] Credit & copyright: The Economist
Written by: Esther P.