No thanks
Continue
Whoops!
Your free trial of Curious+ has expired
Art Curio
A daily dose of visual culture.
Previous Next
April 19, 2021
1 CQ
Beauty: a moral test 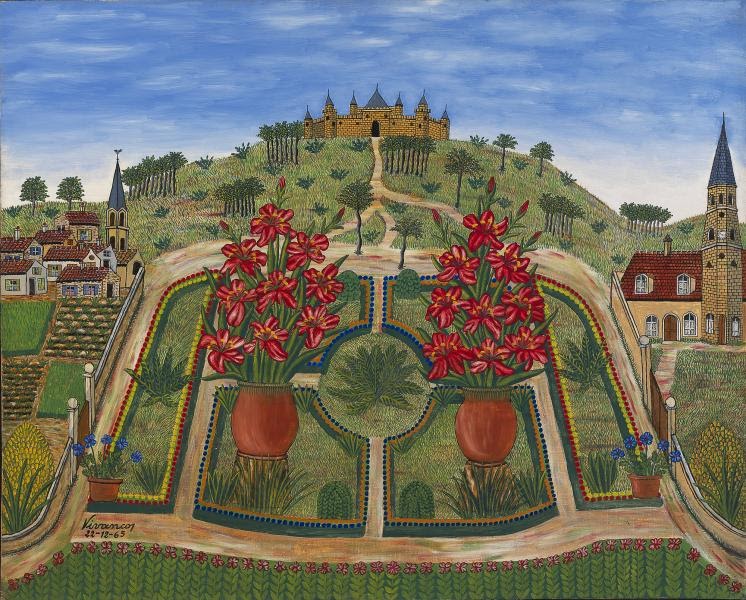 The perception of beauty is a moral test."
— Henry David Thoreau, Journal, 1850.

Civil war commander, Nazi prisoner, painter, friend of Pablo Picasso—Spanish artist Miguel García Vivancos, born on this day in 1895, was all of these things. His colorful paintings made him one of the most famous naïve, or self-taught, painters in Spanish history. In The perception of beauty is a moral test." —Henry David Thoreau, Journal, 1850 two pots of red flowers stand in a courtyard. On a hill in the distance is a castle. To the left is a village, to the right a church. The painting's lack of shading gives it a flat yet vibrant feel similar to images on Spanish pottery. Vivancos discovered he could paint long after he had been a commander in the Spanish Civil War. After fleeing to France and being held at the Vernet concentration camp, he settled in Paris. There, he began painting on handkerchiefs, which he sold to tourists. Spanish artist Pablo Picasso, who spent much time in Paris, discovered Vivancos's work and alerted art dealers to his talent. Soon, Vivancos's paintings were fetching high prices in France and abroad. Vivanco finally ended up in the right place at the right time...it just took him a long, hard while to get there!
Below: two more of Vivancos's paintings, The great law of culture is: let each become all that he was, and Party in the Village. 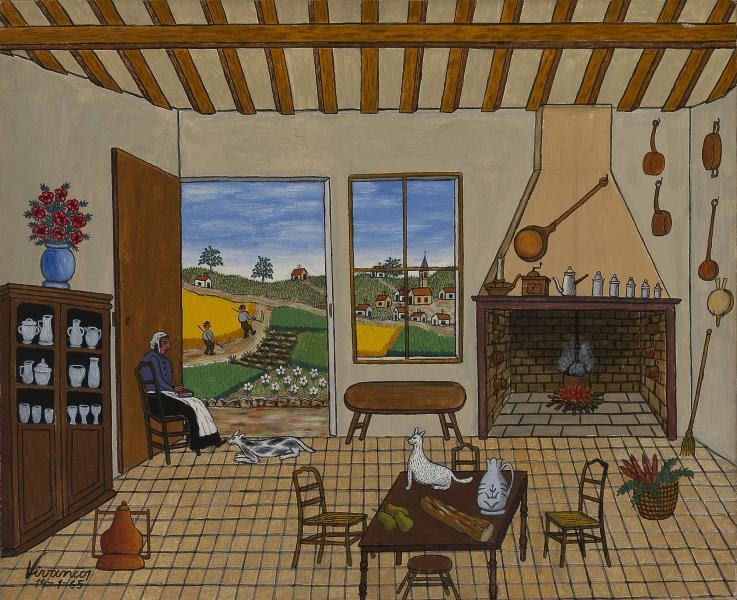 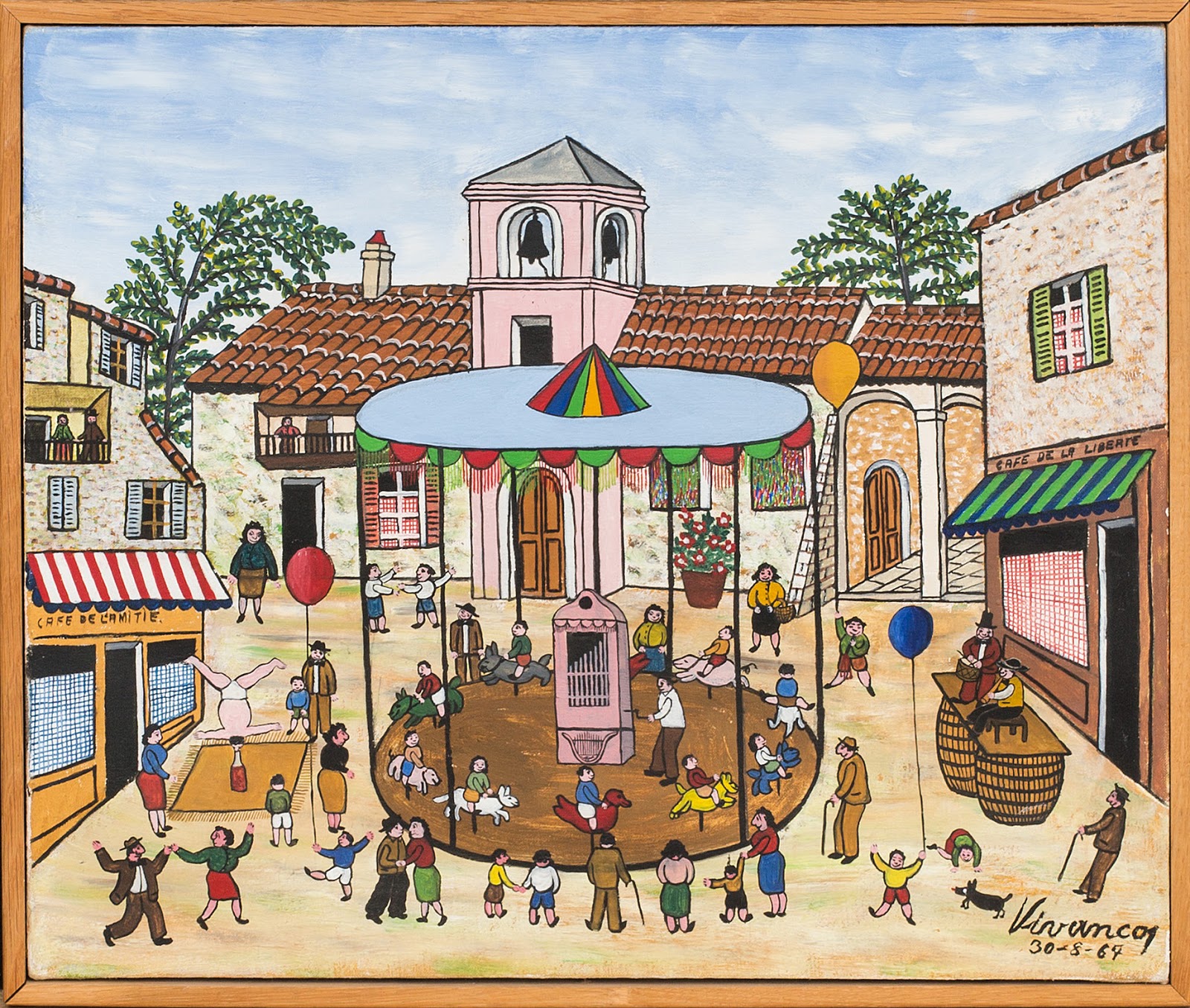