No thanks
Continue
Whoops!
Your free trial of Curious+ has expired
Person, Place, or Thing
Our encyclopedia of the odd and awe-inspiring.
Previous Next
April 4, 2021
1 CQ
Person: Virginia Woolf 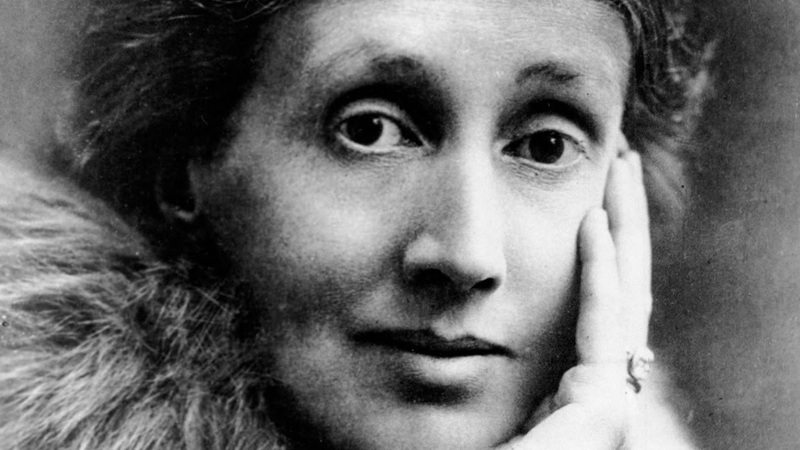 Virginia Woolf spent her life refusing to be silenced. Despite a childhood marred by tragedy, a career met with constant opposition, and a lifelong battle with depression, she became one of the most famous novelists and essayists in modern history. Her feminist writings were a major source of inspiration to the women's rights movement of the 1960s, while her fiction popularized an entirely new narrative style.
Born to a wealthy family in London in 1882, Woolf and her sisters were homeschooled, while their brothers attended college. Despite this disparity, Woolf loved to read. She had constant access to literature thanks to her father's home library. Woolf's childhood was extremely difficult. Her parents were distant, and she endured sexual abuse at the hands of her stepbrothers. In 1895, when Woolf was just 13, her mother, Julia Prinsep Jackson, died. Woolf's grief led to a mental breakdown and she began suffering from severe depression, which would plague her for the rest of her life. Just two years after her mother's death, her beloved half-sister, Stella Duckworth, also passed away. That same year, Woolf went to study at the Ladies Department of King's College London. There, she made friends with several feminist students and began writing essays about women's rights.
Although Victorian-era women were discouraged from writing outside of women-specific publications, Woolf's father, Leslie Stephen, enjoyed her work and encouraged her to finish the novel she was working on at the time. Unfortunately, he died in 1904, leading Woolf to have another breakdown. Over the following decade, Woolf moved with some of her siblings to Bloomsbury, a neighborhood in London. There they formed the artistic and literary society, the Bloomsbury Group (or Set). Although Woolf was boisterous at such functions, she privately continued to struggle with mental illness, attempting suicide at least twice.
Woolf's mental health also suffered, for a time, due to the rejection of her first novel, The Voyage Out, by several publishing houses. Her life improved, for a time, after she married political theorist Leonard Woolf, in 1912, and together they founded Hogarth Press, which would publish most of her work. The Voyage Out, however, was published by her half-brother's imprint, Gerald Duckworth and Company Ltd. in 1915. The book, which focuses on a group of young, wealthy people on a ship headed to South America, was met with warm critical reception. Readers noted that its stream-of-consciousness narrative style, in which characters' thoughts didn't always match their spoken dialogue, made the story complex, lifelike, and unique. This narrative style would go on to define Woolf's fiction.
Woolf's three best-known novels, Mrs. Dalloway (1925), To the Lighthouse (1927) and Orlando: A Biography (1928), helped cement her place as one of the most important modernist writers of the 20th Century. Modernism, in Woolf's time, represented a break from rigid Victorian gender roles, and the belief that wealth was necessary for happiness. Mrs. Dalloway follows a day in the life of two characters: the wealthy Clarissa Dalloway, who is planning a party, and the working-class war veteran Septimus Warren Smith, who suffers from traumatic stress and eventually commits suicide. To the Lighthouse centers on the tensions of a family struggling with artistic blocks, sex discrimination, and war. Orlando: A Biography is one of Woolf's most unusual works. Inspired by her affair with bisexual author Vita Sackville-West, it follows the life of a poet who lives for hundreds of years and meets famous figures from English literary history. About halfway through the novel, the main character transforms from a man to a woman, making Orlando: A Biography the subject of much study among women's and gender studies scholars.
Woolf's most famous essay, A Room of One's Own, was published in 1929. In it, Woolf remarked on women's historical disenfranchisement, especially their forced dependency on men. Her famous assertion that, "a woman must have money and a room of her own if she is to write fiction," made the essay an instant classic among those interested in women's rights. Even after Woolf committed suicide, in 1941, her feminist writing was quoted during the women's rights movement of the 1960s and 70s. Because of this, her work remains widely-read, and she is remembered as a woman determined to put her writing into the world in the face of overwhelming difficulty.
[Image description: A close-up portrait of Virginia Woolf with her chin resting in her hand.] Credit & copyright: New York World-Telegram & Sun Collection/Library of Congress
Written by: Maria C.