No thanks
Continue
Whoops!
Your free trial of Curious+ has expired
Art Curio
A daily dose of visual culture.
Previous Next
January 18, 2021
1 CQ
Midwestern modernism 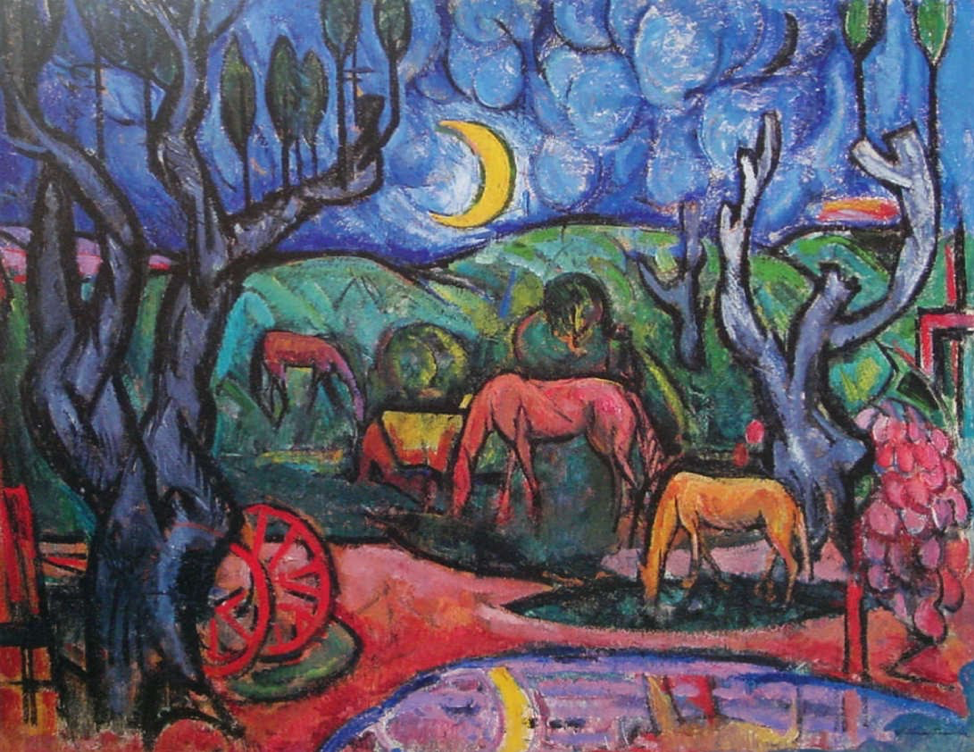 
Who says there's only one way to paint a midwestern landscape? Born on this day in 1867, American painter William Sommer introduced European modernism to the American midwest, particularly Ohio. Modernist works tend to focus more on conveying emotions than on strict realism. In Horses at Moonlight, three horses graze in a hilly pasture at night. Each of the painting's subjects are easily identifiable from the trees to the moon to the spoked red wheels of a piece of farm equipment, yet each one is abstract, with thick outlines and bright colors. Some aspects of the painting, such as the puddle in the foreground which shows a horse's reflection, are extremely detailed. Other details, such as the horses' eyes, are absent. Sommer's style was greatly influenced by his time studying in Germany and New York City, as well as his friendship with William Zorach, an American artist known for his early embrace of cubism. Eventually, Sommer, along with some artist friends, bought an abandoned schoolhouse in Brandywine, around 30 miles south of Cleveland, and turned it into an art gallery which further helped to normalize modernist art in the midwest. That's one way to spread culture!
Below: two more of Sommer's paintings, Houses and Pink Clouds and Woman with Striped Stockings. 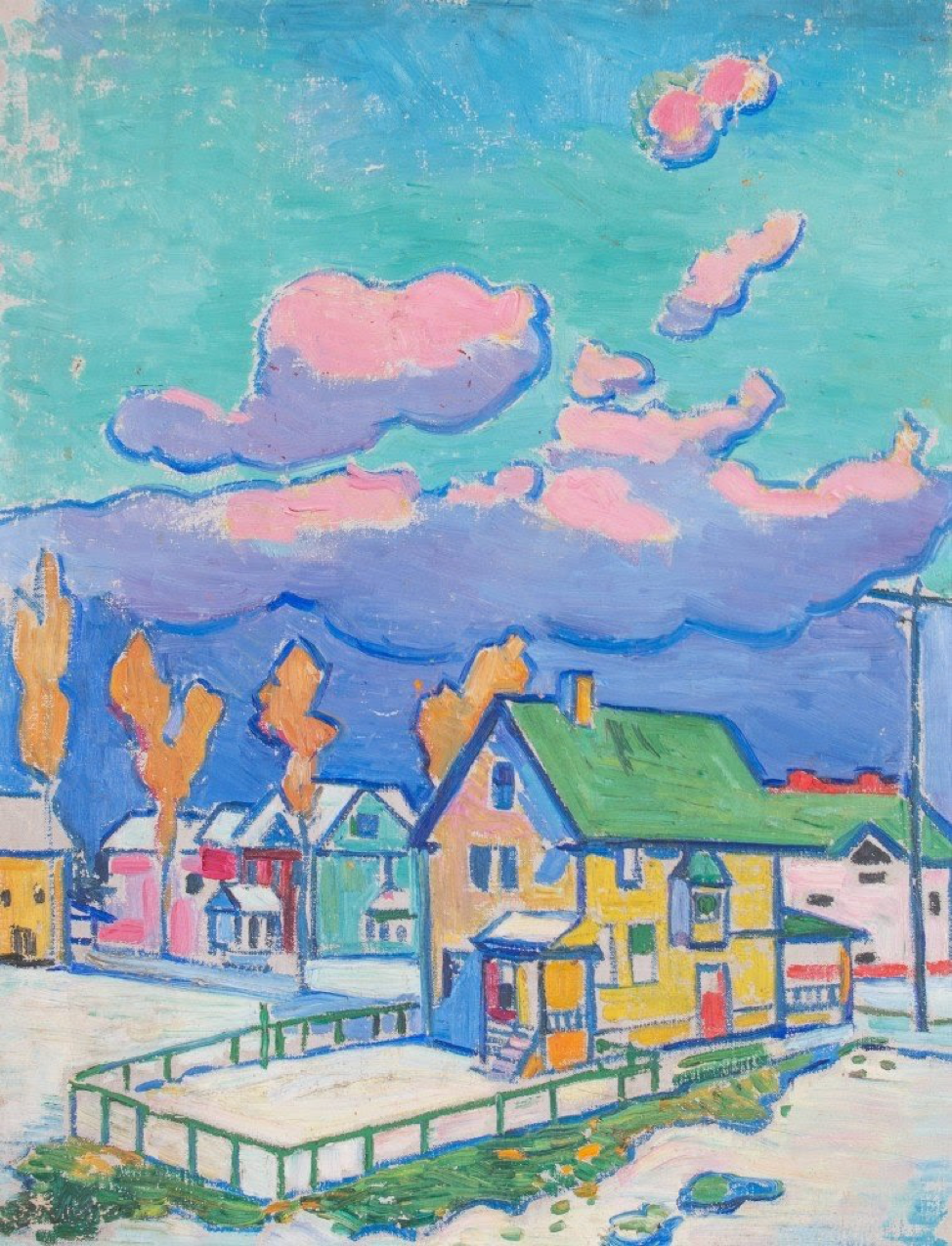 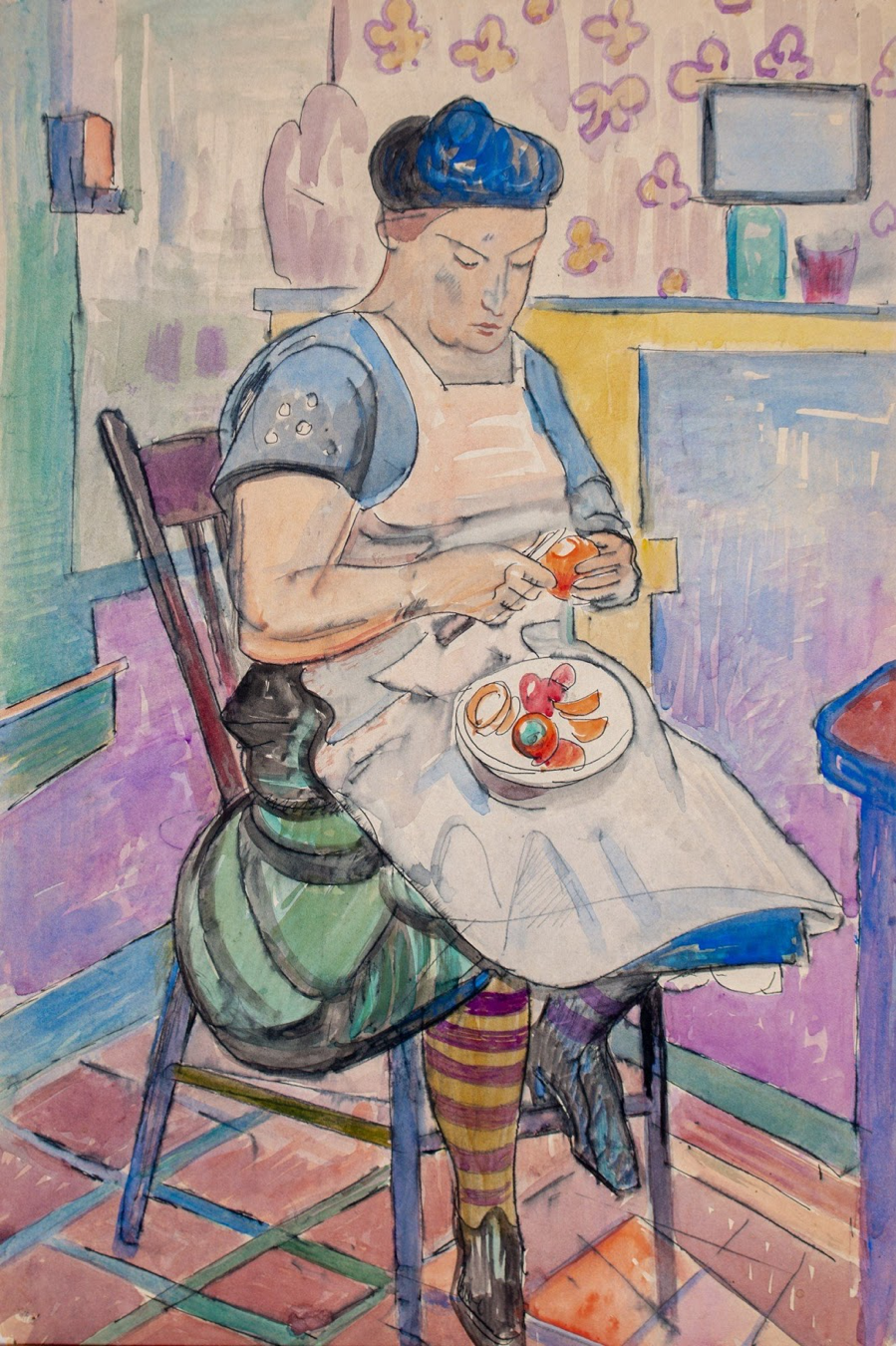