No thanks
Continue
Whoops!
Your free trial of Curious+ has expired
Person, Place, or Thing
Our encyclopedia of the odd and awe-inspiring.
Previous Next
January 10, 2021
1 CQ
Person: Ann Patchett 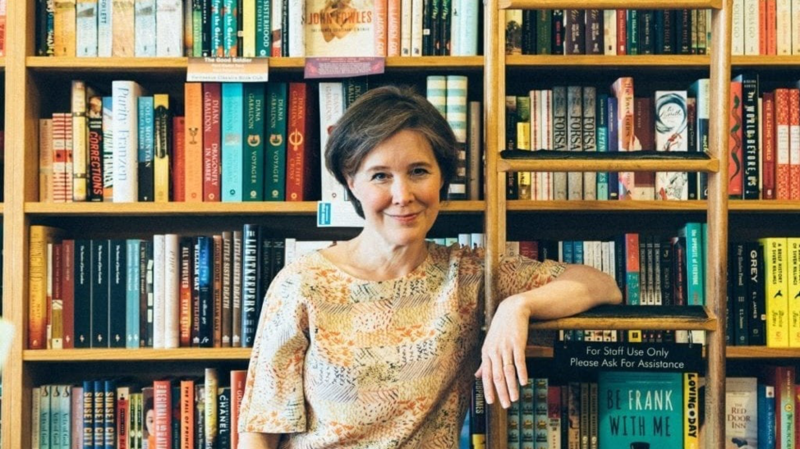 Ann Patchett is the author of our first Book of the month. Many novelists specialize in portraying the complex intricacies of human relationships, but few have done it quite as expertly as American author Ann Patchett. Patchett's novels catapulted her to fame in 1992. Since then, she has not only become one of the U.S.'s most acclaimed authors, but a champion of independent booksellers, and the co-owner of her own independent bookshop. Born in 1963, in Los Angeles, California, Patchett's father was a police chief while her mother was a nurse-turned novelist. When Patchett was five, her parents divorced, her mother remarried, and her family moved to Nashville Tennessee. Patchett would later write that her mother's three marriages, as well as Patchett's own two, greatly influenced her fiction writing: she often writes about characters from disparate backgrounds attempting to find common ground.
After graduating from St. Bernard Academy, Patchett attended Sarah Lawrence College, during which time she published her first story in The Paris Review. After earning her M.F.A. from Iowa Writers' Workshop and taking a job at Seventeen magazine, Patchett primarily wrote nonfiction for the next nine years. Her writing career really took off with the publication of her first novel, The Patron Saint of Liars (1992). The book, which tells the story of a woman who flees her marriage, was named a New York Times Notable Book of the Year. In 1998, it was turned into a television movie.
The next few years were a whirlwind of published novels, for Patchett. In 1994, she published Taft, the story of an ex-jazz musician whose son is taken away from him. The novel won the Janet Heidinger Kafka Prize in fiction. In 1997, she published The Magician's Assistant, in which a widow uncovers secrets from her husband's past. In 2001, Bel Canto, her novel about the relationship between hostages and the terrorists holding them captive in South America was published. Bel Canto was a National Book Critics Circle Award finalist and won the PEN/Faulkner Award.
Even in the midst of her early successes, however, Patchett's own father remained critical of her choice to be a professional writer. In an article in The New Yorker, Patchett wrote, "I got an M.F.A. from Iowa, a handful of fellowships, a smattering of prizes. I published stories, articles, three novels, and still he sent me notices for summer work on cruise ships." However, Patchett also said that there was an upside to her father's disapproval, since "having someone who believed in my failure more than in my success kept me alert. It made me fierce. Without ever meaning to, my father taught me at an early age to give up on the idea of approval."
Patchett has always been a passionate advocate of brick-and-mortar bookstores. In 2010, she co-founded Parnassus Books in Nashville, Tennessee with her friend Karen Hayes, a veteran of the publishing industry. When explaining the importance of independent, brick-and-mortar bookstores during an interview with Fifth & Flower, Patchett pointed out that many writers can't succeed without them. "One of the things that’s so important about having a real bookstore is—if Ann Patchett publishes a book, I’ve got a fan base and I’ve got guaranteed reviews in major newspapers and magazines and you’re going to hear about my new book out—but what about someone who is publishing their first novel, or collection of short stories, or book of poetry?"
In 2012, Patchett was named one of Time Magazine's "100 most influential people in the world." In 2016, Parnassus Books expanded into a larger space and added a bookmobile, to reach readers throughout the Nashville area. Last year, Patchett published two novels: Lambslide, her first children's book, and The Dutch House, about the bond that forms between a pair of siblings who are abandoned by their mother. Patchett has shown no signs of slowing down throughout 2020, publishing several articles this year about running a bookshop during lockdown and which books to read throughout it. Although Patchett hasn't announced plans for any new novels, her active presence throughout this year seems to suggest that her writing career won't be slowing down any time soon.
Image credit & copyright: Heidi Ross
Written by: Maria C.