No thanks
Continue
Whoops!
Your free trial of Curious+ has expired
Person, Place, or Thing
Our encyclopedia of the odd and awe-inspiring.
Previous Next
November 29, 2020
1 CQ
Place: Island of Hawai'i 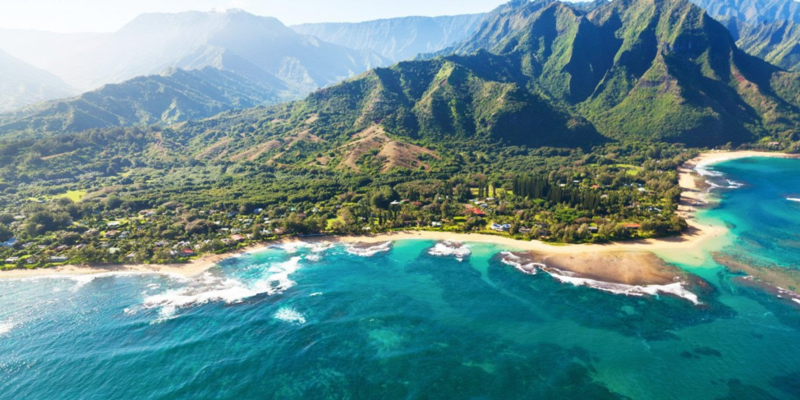 Even paradise comes with a few volcanoes! The Island of Hawai'i, a tropical paradise by any measure, faced a small volcanic eruption on this day in 1975 after its most active volcano, Kīlauea, was triggered by an earthquake. Not only is Hawai'i the most volcanically active of the Hawaiian Islands, it is also the largest, spanning 4,029 square miles. The natural history of the "Big Island" (as it is called by locals) is every bit as fascinating as the human history that has taken place there.
Hawai'i owes its large size to five overlapping shield volcanoes—short, wide volcanoes composed mainly of fluid lava flows. This lava constantly expands the island's land mass, as it moves outward and solidifies. In fact, between 1983 and 2002, Hawai'i grew by over five hundred acres. Three of the island's volcanoes, Kohala, Mauna Kea and Hualalai, are dormant. Its two active volcanoes are Mauna Loa, one of the largest volcanoes in the world, and Kilauea, one of the most active volcanoes. It's no wonder that Hawai'i was said to be the home of Pele, the Hawaiian goddess of fire, lighting, and volcanoes.
At around half a million years old, Hawai'i is the youngest of the Hawaiian Islands. It was only discovered by humans about 1,500 years ago, by Polynesian travelers from the Marquesas Islands. The Hawaiian islands quickly developed a thriving culture, centered in Hawai'i. In 1778, the Western World "discovered" the island's existence when Captain James Cook, a British explorer, landed there. Unfortunately, Cook had little respect for the island's people. On several occasions, he offended local leaders by toppling sacred monuments, taking food without permission, and accusing Hawaiians of theft. On his third trip to Hawai'i, Cook's men tried to kidnap Chief Kalaniʻōpuʻu and hold him in exchange for a boat that they claimed the Hawaiians had stolen. Before Cook could get the chief onto their ship, however, the Hawaiians fought back, and Cook was killed. Cook's mistake helped make Hawai'i known as a place where travelers were expected to be courteous.
Throughout the 1800s, sugar production became an important part of Hawai'i's economy. Laborers from countries like China and Korea were recruited to work on the island. Eventually, wealthy businessmen from China, Europe, and the United States made their way to the island as well, eventually leveraging their power to help overthrow Queen Liliʻuokalani, in 1893. The Hawaiian Islands were annexed by the United States in 1898, but they didn't become a state until 1959.
On November 29, 1975, a 7.2 magnitude earthquake struck the Big Island, killing two people, injuring almost thirty, and causing around $4 million in property damage. At the time, it was Hawai'i's biggest earthquake in over a century. Not only were the earthquake's tremors felt throughout the entire island chain, but they also triggered a small eruption of Kīlauea and caused a 47-foot-high tsunami. Small portions of Hawai'i's southern coast were permanently submerged. Afterward, some buildings in the island's biggest cities, like Hilo, were rebuilt with greater earthquake protection.
Today, Hawai'i is the second-most inhabited of the Hawaiian Islands. It is prized for its wildlife and forested and areas, a respite from tourist-filled beaches. Many of the Hawaiian Islands' endemic species, including their only native mammal, the Hawaiian Hoary Bat, live on the Big Island. Colorful salmon-billed i‘iwi birds can be found in the Big Island's forests, while sea turtles and whales can be spotted along its coasts. Judging by the number of tourists drawn to Hawaii each year, most people are willing to brave a little lava for the chance to glimpse the Big Island's natural splendor!