No thanks
Continue
Whoops!
Your free trial of Curious+ has expired
Person, Place, or Thing
Our encyclopedia of the odd and awe-inspiring.
Previous Next
November 22, 2020
1 CQ
Thing: Toy Story 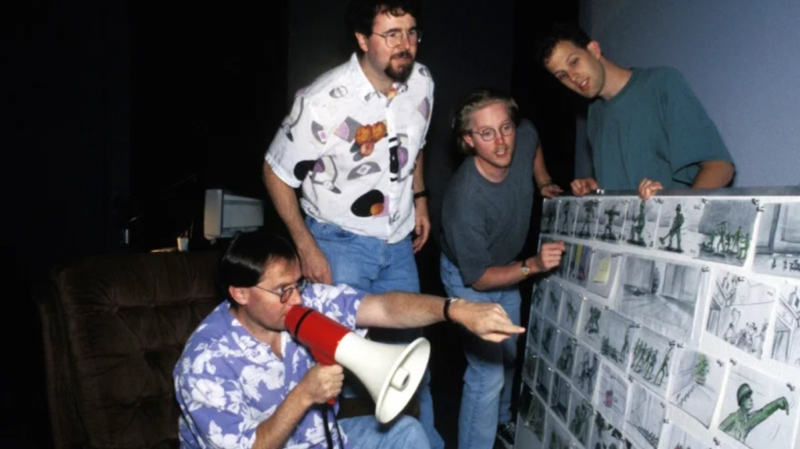 To Infinity and beyond! On this day in 1995, Pixar's Toy Story blasted the realm of computer animation to previously unseen heights as the first feature-length computer-animated movie in history. Although Toy Story forever changed the animation industry, and launched a successful franchise, its production wasn't all sunshine and slinky dogs.
Pixar didn't start out as an animation studio. It began as a computer technology division of Lucasfilm in the 1970s. Pixar didn't become an independent company until Steve Jobs purchased it from Lucasfilm in 1986. Co-founders included Ed Catmull, Alexander Schure, Loren Carpenter, and Alvy Ray Smith. The company's name came from Smith's love for Spanish verbs that looked like English nouns, like "laser". Smith created the word "pixer", meaning "to make pictures," and Carpenter mixed it with the word "radar" to give it a high-tech ring, hence: Pixar.
Over the next two years, Pixar produced several computer-animated commercials and short films, developing new technology to make rendering three-dimensional characters easier. In 1988, Pixar developed a proprietary animation system called Marionette, which allowed for more accurate environment modeling. Renderman, a new kind of rendering software, allowed animators to show more realistically detailed surfaces. Using both of these programs, Pixar produced its third short animated film, Tin Toy, about a one-man-band toy reckoning with its new owner—a human baby. After premiering at the Ottawa International Film Festival, Tin Toy became the first computer-animated film to receive an Academy Award.
After officially hopping on the computer-animated toy train, Pixar decided to create a half-hour holiday special, in which the one-man-band character from Tin Toy would team up with a ventriloquist dummy. The project fell through, but toys remained a popular animation subject at Pixar. When Pixar signed a deal with Disney to make feature films, it was natural to expand upon their original holiday-special. The one-man-band toy was replaced with a more relatable action figure, Buzz Lightyear. The ventriloquist dummy became Woody, the pull-string cowboy, at the request of Disney CEO Michael Eisner, who thought a dummy might be too "creepy" for kids.
Because Toy Story would be an entirely new kind of feature-length film, both Disney and Pixar wanted an engaging plot to hook audiences. Unfortunately, the two companies didn't always agree on what that meant. When Pixar presented its first storyboard, Disney executives felt that the characters were too cookie-cutter and wholesome. There was even talk of shutting down the project. However, Pixar managed to secure a three-month grace period, during which time they completely rearranged Toy Story's plot. According to Pixar writer Pete Docter, the Pixar team decided that "if we're gonna go down, let's at least go down doing what we believe in." Their dedication paid off, and Disney agreed to let the project move forward.
With the film's characters and plot nailed down, the technical part of production began...and immediately proved more difficult than Pixar had anticipated. It was originally thought that Toy Story would only need eight animators, since computers would be largely aiding the process. Instead, the project ended up with a team of over thirty animators. Time and computing power were also grossly underestimated. Pixar originally estimated that the film could be made in 20 months, using 53 processors. Instead, it took five years and 300 processors.
The hard work was worth it. Toy Story was an immediate hit upon its release in 1995, making over $191 million in the United States and turning Pixar into one of the most successful animation studios in the world. Toy Story was nominated for three Oscars and received a Special Achievement Academy Award. The biggest impact of its success was on the animation—computer-animated movies were suddenly seen as the "wave of the future", and other studios rushed to follow in Toy Story's footsteps. Today, computer-animated movies are the most common type of animated film—an industry-wide change owed entirely to Toy Story.
Image credit & copyright: The Toy Story Creative Team storyboarding the film. Deborah Coleman/Pixar/Walt Disney Photo Archives
Written by: Maria C.