No thanks
Continue
Whoops!
Your free trial of Curious+ has expired
Person, Place, or Thing
Our encyclopedia of the odd and awe-inspiring.
Previous Next
October 18, 2020
1 CQ
Thing: Jack-o'-lantern 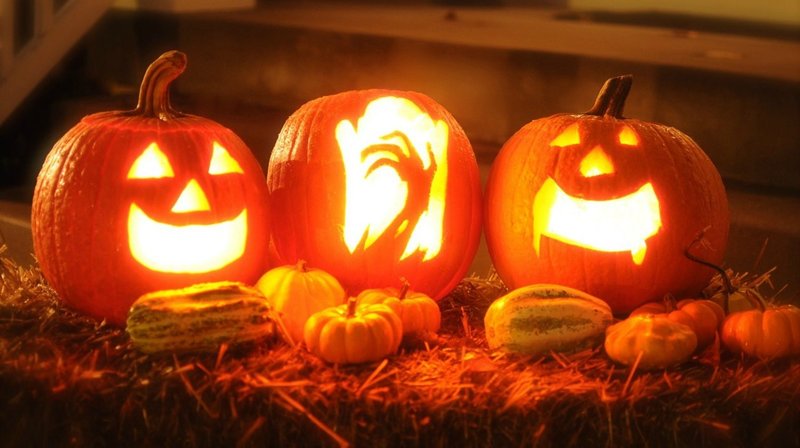 The tricks and treats behind a spooky tradition.
Autumn is in the air, and with it comes pumpkin harvests and the inevitable haunted tradition—no, not the return of pumpkin spice treats! It's the carving of jack-o'-lanterns, a practice that didn't have much to do with pumpkins at the start, but eventually became a beloved symbol of Irish-American immigrant traditions.
While plant carvings have existed for some 10,000 years, the jack-o'-lantern dates back to about 19th century Ireland. On the eve of All Saints' Day, (an early form of Halloween), in 1835, the Dublin Penny Journal published the legend of Stingy Jack, or Jack-o'-the-Lantern. Stingy Jack was a deceitful and dastardly drunkard who found himself face to face with the Devil one evening. Realizing he was to be taken off to Hell, Stingy Jack got the Devil to take him to a pub for his last drinks. Jack convinced the Devil to turn into a coin in order to pay the tab; instead of settling up, Jack pocketed the coin and a crucifix with it to prevent Satan from escaping. Jack was able to negotiate an extra 10 years on his life before letting the Devil loose again. Ten years later, Satan came back for Jack, this time still not prepared for the drunkard's traps. Jack asked the Devil to fetch him an apple from a tree, but the Devil soon found himself surrounded by crucifixes on the ground. In exchange for his freedom, Satan promised never to take Jack's soul to Hell.
Years later, when Stingy Jack died, he found himself at the gates of Heaven. God stopped him, recounting his wicked life and denying him entry. Jack then fled to Hell, where Satan lived up to his bargain and refused the drunkard entry. Satan did give Jack a lump of coal though, to place in a gourd as a light source. The coal would demarcate his presence as a lost soul, doomed to roam Earth for eternity. Hence his posthumous title Jack-o'-the-Lantern, and the Irish tradition of carving beets and putting coals in them for All Hallow's Eve.
Across the pond, another spooky autumn tradition took shape. As the British and Irish traditions of making lanterns with gourds came to the New World, a new crop became the lantern staple: the plentiful pumpkin. First grown near Mexico around 7,000 B.C.E., pumpkins became the vegetable of choice for floating lanterns. Their hollow insides were easier to carve than solid beets, and their large, cranial shapes made for much more realistic and ghoulishly-appearing disembodied heads. The tricks recalled Washington Irving's 1820 story "The Legend of Sleepy Hollow," wherein an encounter with the Headless Horseman leaves a shattered pumpkin next to Ichabod Crane's hat (in later interpretations, the Headless Horseman would have a jack-o'-lantern for a head). Harper's Weekly even ran a front-page illustration of a jack-o'-lantern haunting in 1867, reinforcing the popularity of the spooky tradition across the U.S. By 1892, William Hemphill, the mayor of Atlanta, Georgia, threw a lavish Halloween party where several jack-o'-lanterns were carved. The Jack-o'-lantern, it turned out, was a frightful delight that was in the U.S. to stay.
About 1.5 billion pounds of pumpkins are grown in the U.S., with some 800 million ripening in October—a perfect time to visit pumpkin patches and carve triangle eyes and a jagged mouth into a bright orange gourd. Those who are so inclined can leave out a jack-o'-lantern or two, and maybe a piece of candy to honor Stingy Jack, the original trick-or-treater!
Image credit & copyright: Riley E. Carlson

More about this Curio:
Time: "The Real Reason People Carve Jack-O'-Lanterns for Halloween"
Michigan State University: "Pumpkin Carving: The History of the Jack-o’-Lantern"
Mental Floss: "What’s the Origin of Jack-O’-Lanterns?"
Owlcation: "The Lost History of the Jack O'Lantern"