No thanks
Continue
Whoops!
Your free trial of Curious+ has expired
Person, Place, or Thing
Our encyclopedia of the odd and awe-inspiring.
Previous Next
September 20, 2020
1 CQ
Upton Sinclair 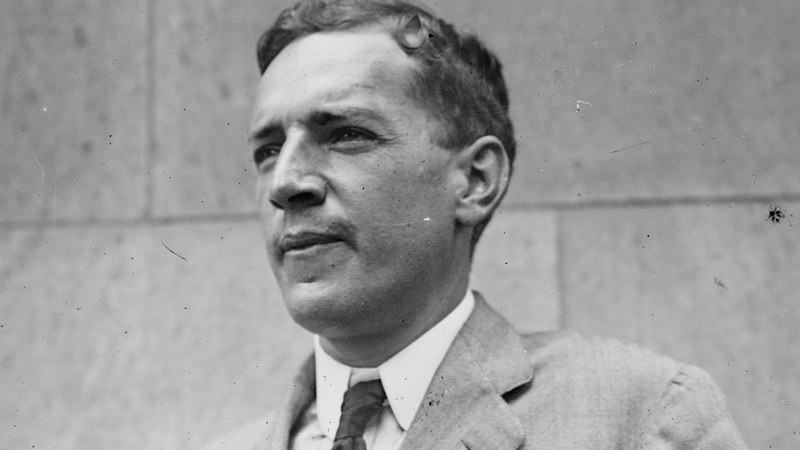 The muckraker who changed American journalism forever
"A man with every gift except humor and silence"—this is how Time magazine described American writer Upton Sinclair, and it's hard to argue with their assessment. Although Sinclair, born on this day in 1878, won a Pulitzer Prize for his fiction, he's best remembered as a muckraker: a Progressive Era journalist who exposed corruption within powerful industries. Sinclair's muckraking led to significant changes in American life, including a new code of ethics for journalists and even two new laws.
Born and raised in Maryland, Sinclair's childhood wasn't the easiest. His parents' relationship was fraught—his father was a liquor salesman and alcoholic, while his mother was a strict Episcopalian who was against not only alcohol but even coffee and tea! Although Sinclair and his parents lived in poverty, his mother's family was very wealthy, and Sinclair stayed with them many times. This gave him a unique insight into the standard-of-living gap between the rich and the poor. This insight led Sinclair to embrace socialism, which he believed was the only path to true financial equality. As a teenager, Sinclair began writing in order to pay his tuition. His dime novels and magazine articles earned him enough money to buy his parents a new apartment when he was just 17.
After learning several languages and leaving college early, Sinclair married Meta Fuller in 1900, moved to Quebec, Canada, and began to publish novels, (though at the time he mainly considered himself a poet—something he never became famous for.) His first novel, Springtime and Harvest, was quickly followed by four others, all of which received good reviews but were not commercially successful.
Sinclair created his most famous work in 1906. The Jungle is a novel that deals with themes of poverty, discrimination, and oppression. Its main character is a Lithuanian immigrant struggling to survive in Chicago's meatpacking district. Throughout the novel, Sinclair contrasts the lives of rich company executives with those of poor employees working in unsafe conditions. In doing so, he exposed many unsanitary and dangerous practices in the early meatpacking industry, which he had discovered by working undercover there for over two months. Sinclair wrote The Jungle specifically to sway Americans toward socialist ideals. However, readers were more concerned with the unsanitary food practices he'd exposed. The Jungle even led to the passage of two new laws, the Pure Food and Drug Act and the Meat Inspection Act. Sinclair was disappointed that food safety had overshadowed his book's socialist message, saying "I aimed at the public's heart, and by accident I hit it in the stomach."
The world of American Journalism fell under Sinclair's muckraker lens in 1919, with the publication of his nonfiction exposé, The Brass Check. It targeted the dishonest practices of newspapers, the Associated Press wire service, and news magazines. Sinclair took particular aim at William Randolph Hearst, owner of the nation's largest media company. Hearst had popularized the use of yellow journalism, a reporting style meant to increase newspaper sales with sensationalized headlines, dubious reporting, and few to no legitimate sources. Although many newspapers and magazines refused to review the book (for obvious reasons) and several smear campaigns were launched against it, The Brass Check led to the establishment of America's first code of ethics for journalists. No wonder Sincalir called it "the most important and most dangerous book I have ever written."
In the 1920s, Sinclair's family moved to California, where he ran unsuccessfully for U.S. Congress twice, as a member of the Socialist Party. In 1934, he ran for Governor of California as a Democrat. However, Sinclair was ultimately taken down by the very sort of propaganda he had always vehemently opposed. Hollywood studio bosses, realizing that Sinclair was not a fan of their industry, opposed his campaign by releasting propaganda films filled with false claims. Sinclair was not given an opportunity to publicly respond, and he lost to incumbent Governor Frank Merriam.
Sinclair continued writing for the rest of his life. In 1943, he won the Pulitzer Prize for Dragon's Teeth, a novel examining the rise of Nazism in Germany. He died on November 25, 1968, having published more than ninety books. True to his ideals, he donated the majority of his wealth to socialist causes. Let it never be said that Sinclair wasn't dedicated!