No thanks
Continue
Whoops!
Your free trial of Curious+ has expired
Person, Place, or Thing
Our encyclopedia of the odd and awe-inspiring.
Previous Next
August 9, 2020
1 CQ
Person: Betty Boop 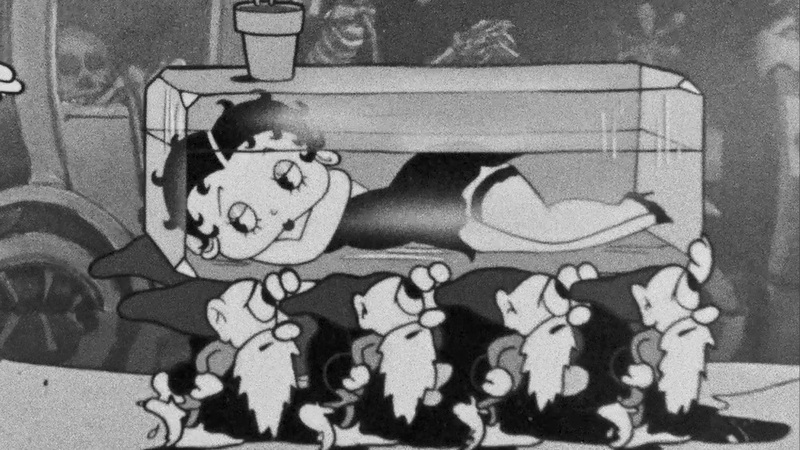 The surprisingly fraught history of a cartoon icon.
Betty Boop is one of the most recognizable and enduring cartoon characters of all time. With her oversized head, curly hair, and signature "boop oop a doop" catchphrase, she's been iconic since her first cartoon appearance on this day in 1930. However, Betty Boop has a surprisingly dark past, fraught with racism, theft, and a long legal battle.
Betty Boop was created by American animator Max Fleischer. She first appeared in the 1930 cartoon Dizzy Dishes, though in an unusual form. Believe it or not, Betty Boop was originally a floppy-eared, dog-nosed anthropomorphic poodle (probably so she would fit in with the other animal characters in Dizzy Dishes). Even in dog form, though, Betty Boop was instantly recognizable as a caricature of Jazz Age flapper performers—particularly one whom Fleischer himself would cite as inspiration: Helen Kane.
Kane was an actress, singer, and stage performer who had risen to fame after scatting "boop oop a doop" during a performance of the song That's My Weakness Now at the Paramount Theater, in 1927. She soon began billing herself as "The boop-oop-a-doop Girl". In 1928, she sang I Wanna Be Loved by You in Oscar Hammerstein's musical comedy, Good Boy. The song would quickly become her signature number. By the time Betty Boop debuted in 1930, Kane was seemingly on top of the world. But the singer had a secret, which would only be revealed during an upcoming legal battle.
As it turned out, Kane didn't appreciate that her likeness had been used to create Betty Boop. Some speculate that this could have been due to the risqué nature of many early Betty Boop cartoons. Whatever the specifics, Kane sued Fleischer and Paramount (who distributed his cartoons) for $250,000 in 1932. She alleged unfair competition and exploitation of her personality and image. Adjusted for inflation, Kane's lawsuit would be a $4.7 million dollar suit today.
Kane came into the case with compelling evidence. She cited quotes from Grim Natwick, an animator who worked alongside Fleischer, about using Kane's photo as direct inspiration. She also pointed out that the women who voiced Betty Boop (Margie Hines, Mae Questel, Bonnie Poe, Kate Wright and Little Ann Little) were found in a Helen-Kane-Impersonator contest hosted by Paramount.
Kane's case seemed airtight. However, Paramount had evidence of their own. Incredibly, they revealed in court that Kane herself was a thief! Her performance and singing style had been taken, at least partially, from a black performer called Baby Esther.
As her stage name implied, Baby Esther was known for her "baby voice" singing style, which she developed while working as a child performer in Chicago. After moving to New York, she continued performing as a singer, actress, and acrobat until her teens, mostly in Harlem. Esther was particularly known for her habit of scatting "boo boo boo" and "doo doo doo" during her songs.
Kane's court case saw testimony from Lou Walton, manager of the Cotton Club, where Esther often performed. He said that Kane and her manager had watched Baby Esther perform there in 1928, and had stolen Esther's act. A sound film of Esther's performance was even played in court as evidence. This was particularly damning, given that Kane had already played a recording of herself for comparison with Betty Boop. Because Esther had developed her style as a child performer, Kane couldn't argue that she'd come up with it first. The judge thus ruled in favor of Paramount.
Despite her contentious past, Betty Boop had a much easier time outliving the Jazz Age than live performers, like Kane. Today, even those who have never seen a Betty Boop cartoon have almost certainly seen the character herself featured on merchandise from bumper stickers to clothing. Not only does Universal still feature Betty Boop stores at their theme parks, there is even an online Betty Boop superstore. This gal has some serious staying power!
Below: Betty Boop's debut in Dizzy Dishes, plus photos of Baby Esther and Helen Kane, on whom Boop was based.

More about this Curio:
History: "The People v. Betty Boop: The cartoon vixen was an unlikely candidate for a lawsuit—and for popularity."
Her Moments: "The Scandalous Story Of Fraud Behind The Real-Life Inspiration For Betty Boop"
Black History: "The Real Betty Boop Was a Black Woman... Before She Was Whitewashed!"