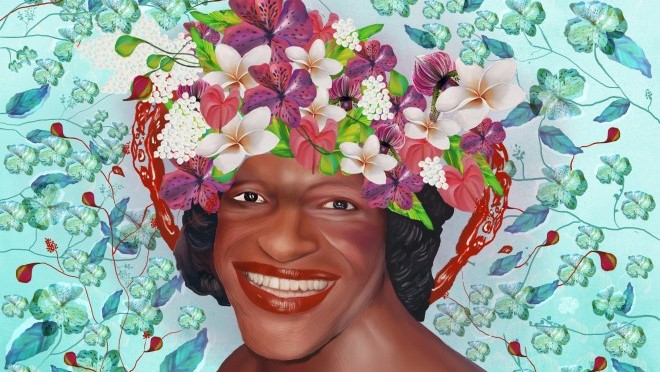 Stonewall's unsung hero.
As one of Time magazine's "100 women of the Year" and a frequent subject of Andy Warhol's art, Marsha P. Johnson is undoubtedly a powerful figure in the history of LGBTQ rights in the U.S. But in spite of the transwoman's bigger-than-life presence and politics, Johnson's legacy was marred by violence, mental illness, and a gay rights movement that proved increasingly hostile to her identity.
Marsha P. Johnson was born on August 24, 1945, in Elizabeth, New Jersey, and assigned a male gender at birth as Malcolm Michaels Jr. After experiencing discrimination from a young age, she left for New York City at the age of 17. Holding only $15 and a bag of clothes to her name, she came to Greenwich Village in 1966, at a time when the location was known for its radical cultures. It was the perfect setting for Johnson to behave less and less like Malcolm Michaels—a skittish and angry person—and adopt the drag show-based identity she would inhabit the rest of her life: floral crown-wearing woman, Marsha P. Johnson. The surname was taken from a New York City hotel, and the P stood for "pay it no mind," in reference to her gender and what business it was to others.
Johnson made a name for herself in political drag shows and as a figurehead of queer black youth, who were often kicked out of their homes. Her politics weren't just centered on rights for homosexuals, but an early form of intersectional activism in which discrimination against people based on race, gender, disabilities, sex work, and poverty were addressed. During the era of the Stonewall Riots, Johnson and other drag queens (bearing in mind "transgender women" was not a culturally common term at the time) were also regularly subjected to demeaning stop-and-frisks and arrests from police officers. Unrest built. The homophobic Stonewall Inn raid on the morning of June 28, 1969, was the flashpoint, resulting in the historic riot. Johnson denied being at the six-day riot at all, for legal reasons. Eyewitness accounts mostly corroborate that Johnson climbed a pole and dropped a brick-filled purse onto a police car, breaking its window.
Soon after, Johnson joined the militarized Gay Liberation Front and marched at the Christopher Street Liberation Day Parade (the first Pride parade) to mark the anniversary of the Stonewall riots. With her friend and fellow trans-rights activist Sylvia Rivera, Johnson co-founded Street Transvestite Action Revolutionaries, or STAR. In 1972, they established a STAR House for homeless queer youth, and paid for the rent with money they made as sex workers.
However, not all was well in gay activism following Stonewall. Organizers of the Christopher Street Liberation Day Parade feared the image of drag queens would hurt their political agenda. As the gay rights movement veered more into assimilationist values like legalized marriage and military service, Johnson's advocacy for the rights of society's least cared for citizens fell out of fashion. In a shocking turn of events, Johnson was found dead, floating in the Hudson River just hours after the New York Pride parade in 1992. With law enforcement lacking any interest in investigating a potential murder, and gay rights organizations turning away from Johnson's values, she was all but abandoned by the city and movement that she had forged.
In recent years, trans and gender non-conforming activism has seen a rise, and with it a renewed interest in Marsha P. Johnson's legacy. In 2018, the New York Times published an obituary for her, and the next year, statues of Johnson and Rivera were announced as monuments that would be erected in Greenwich Village. Even though she was lost to time for a while, intersectional activism is ensuring that Marsha P. Johnson and her legacy will never be ignored again.
Below: Johnson marching with Rivera, and also her standing next to one of her Warhol silkscreen portraits. 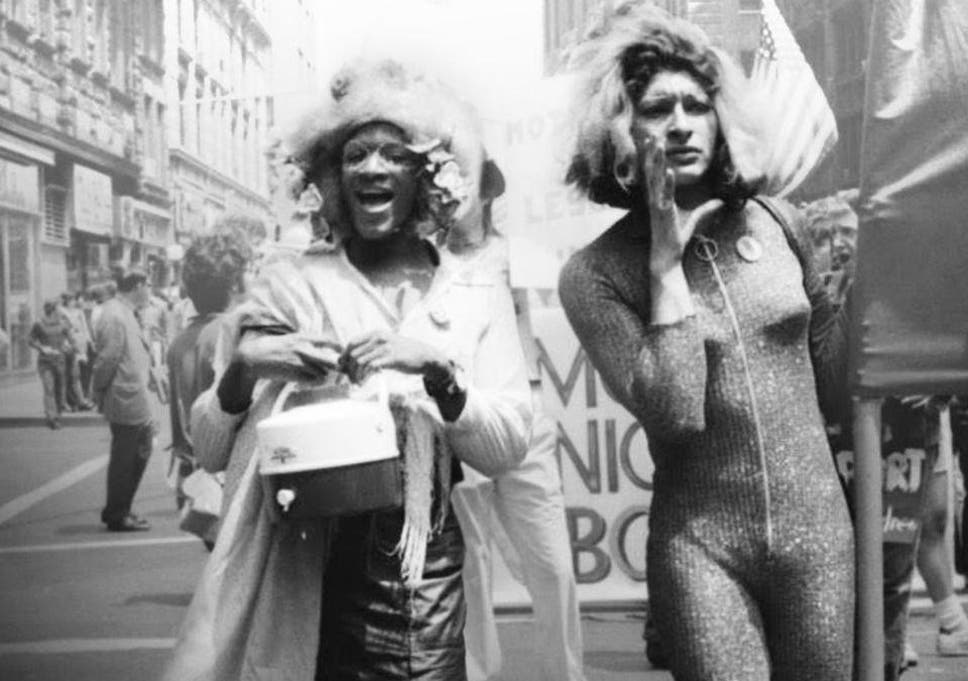 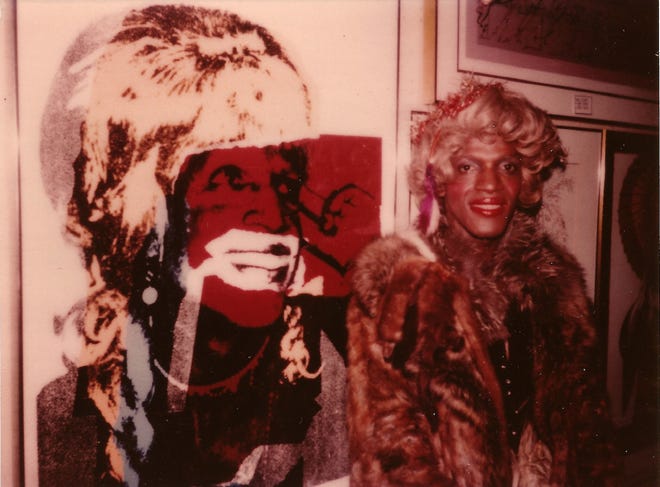