No thanks
Continue
Whoops!
Your free trial of Curious+ has expired
Art Curio
A daily dose of visual culture.
Previous Next
May 25, 2020
1 CQ
Byzantine again 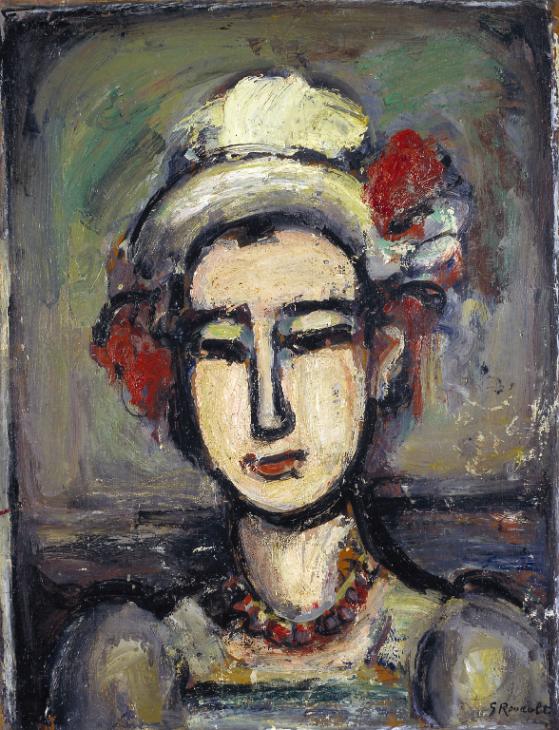 
To French artist Georges Rouault, a picture was worth a millennium of art history. As a devout Catholic and one-time apprentice to a stained glass artisan, Rouault—who was born this week in 1871—often embedded in his portraits significant references to medieval religious art. The Italian Woman, shown above, bears similarities to Byzantine depictions of the Madonna and Christ child, down to the unbroken line between the arched brow and lengthy nose. The painting's vibrant pallet, in turn, fits perfectly with Ruault's historical position as an early 20th-century fauvist and expressionist (both styles focused on portraying emotion rather than strictly realistic images). Rouault's portraits often gave grim representations of human suffering, but we're inclined to think that the reverent undertones and slight smirk on The Italian Woman indicate lighter intentions on Rouault's part. Because everybody needs a bit of grace and brevity now and then.
Below: Clown, a 1912 portrait by Rouault, which takes a darker tone than The Italian Woman. 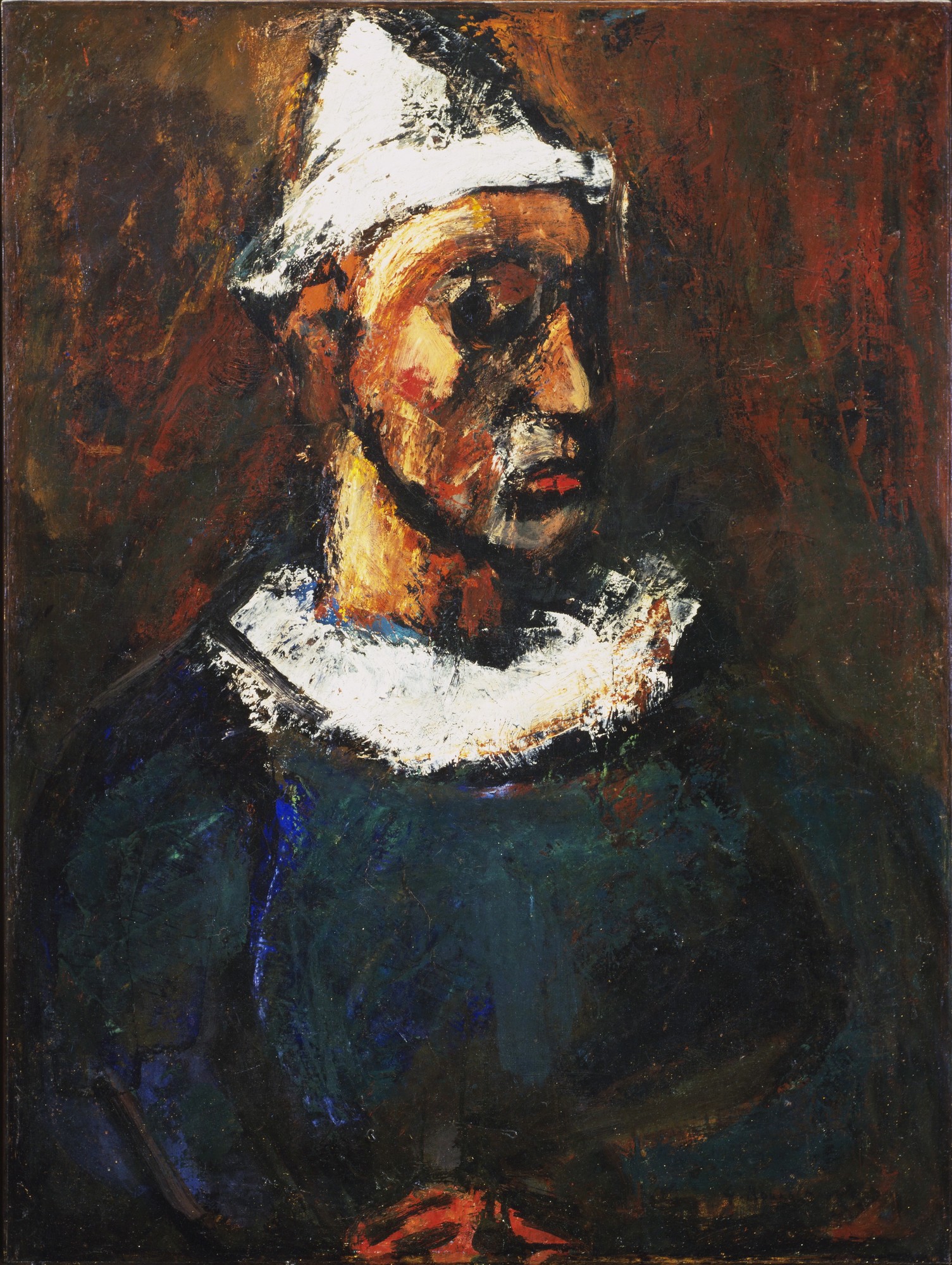