No thanks
Continue
Whoops!
Your free trial of Curious+ has expired
Person, Place, or Thing
Our encyclopedia of the odd and awe-inspiring.
Previous Next
April 26, 2020
1 CQ
Person: Oskar Schindler 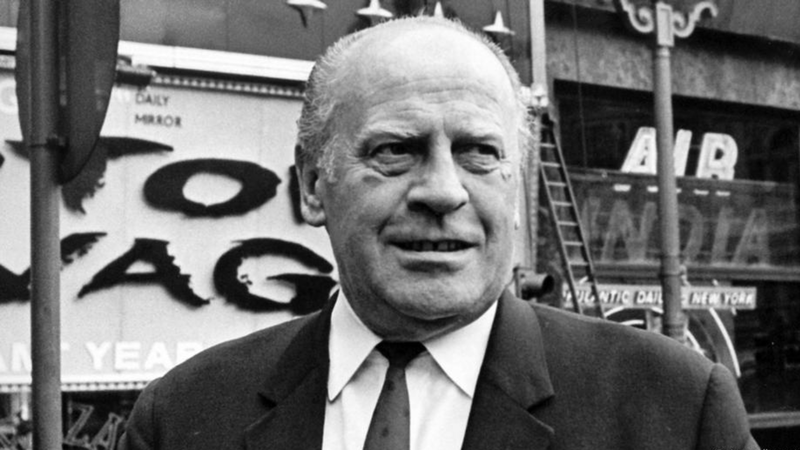 An unlikely wartime hero.
Thanks to Steven Speilberg, most people have at least heard of Oskar Schindler. This German industrialist, born on April 28, 1908, was a member of the Nazi Party. Yet he became a World War II hero by employing around 1,200 Jews in his factories and saving them and others from Nazi concentration camps. To say he had a change of heart would be a massive understatement.
As a young man in the Czech Republic, Oskar worked as a sales manager for Moravian Electrotechnic before briefly joining the Czech army. Schindler was known as a partier with a taste for the finer things in life. In the early 1930s, he was arrested several times for public drunkenness. His lifestyle, combined with Moravian Electrotechnic going bankrupt, meant that Schindler was plagued by debt.
It was for this reason that Schindler claimed to have joined the Abwehr, the military intelligence branch of Nazi Germany, even though he was a Czech citizen. He was arrested for espionage in 1938, but released as Czech Sudetenland was annexed into Germany. The following year, Schindler became a member of the Nazi Party and moved to Kraków, Poland.
After the Nazi takeover of Poland, businesses belonging to Jews were seized. Schindler leased a formerly Jewish-owned enamelware factory and renamed it Deutsche Emailwarenfabrik (German Enamelware Factory), which was nicknamed "Emalia." Because of Schindler's Abwehr ties, he obtained contracts to produce enamel cookware for the military with a staff of mostly Jewish people, who were paid less than their non-Jewish counterparts.
Schindler's life had not been particularly heroic up to that point. But things changed as the Nazis' plan to exterminate Jews took shape. Schindler began bribing Nazi officials with money and luxury items (which were obtained via the black market) to convince them not to take his Jewish workers to concentration camps. Soon, he was spending more than he was saving by keeping his workers. Yet he claimed that they and their children were vital to his factory.
Schindler even used his drinking abilities to protect his workers. When two Gestapo came to Schindler's factory, demanding that he hand over a Jewish family, Schindler famously got the two men so drunk that they "reeled out of my office without their prisoners and without the incriminating documents they had demanded," according to Schindler's interview with journalist Eric Silver.
Schindler was now a double agent, working to make life bearable for his Jewish workers, while playing the part of a regular Nazi. When the Nazis liquidated the nearby Kraków Ghetto, Schindler hid workers in his factory overnight. He built a subcamp at Emalia which housed his workers plus almost 500 more from nearby factories. In 1943, Schinder began passing information and money to the Jewish resistance movement.
Schindler convinced Nazi officials to move his factory and workers to Brünnlitz, where they would be safer. Officials compiled a list of 1,200 Jews who were sent to Brünnlitz in 1944—though it was far from a smooth journey. Some were sent to other concentration camps along the way, and Schindler had to send even more lavish bribes—including diamonds—to get them out. Using his connections, Schindler had around 3,000 Jewish women in Auschwitz sent to textiles plants.
Having spent so much on bribes and supplies for his workers, Schindler was poor by the war's end in 1945. Mainly, he survived on donations from Jewish organizations, who recognized him as a hero. After passing away in 1974, Schindler was buried on Mount Zion, in Jerusalem, as the only member of the Nazi party to receive the honor. The German inscription on his headstone reads "The Unforgettable Lifesaver of 1200 Persecuted Jews." The Hebrew inscription reads "Righteous Among the Nations."
Image credit & copyright: picture-alliance/dpa