No thanks
Continue
Whoops!
Your free trial of Curious+ has expired
Person, Place, or Thing
Our encyclopedia of the odd and awe-inspiring.
Previous Next
April 12, 2020
1 CQ
Person: Dolores Huerta 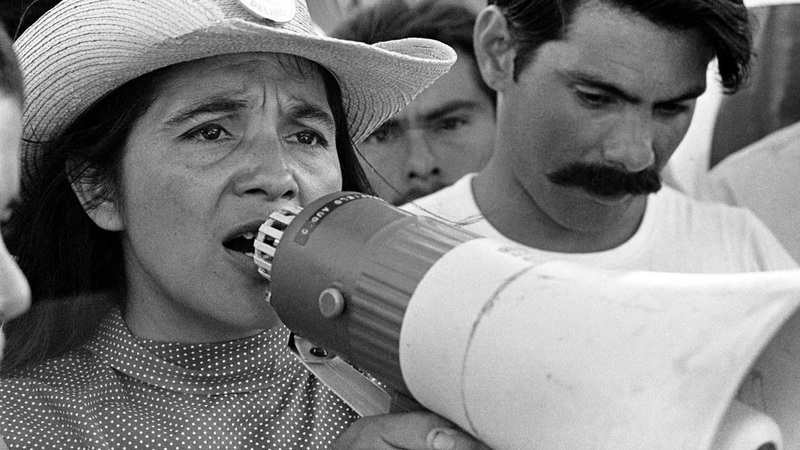 An activist who's spent a lifetime fighting for laborers.
Even the most influential people find their inspiration close to home. For labor activist Dolores Huerta, born April 10, 1930, that inspiration was her mother, Alicia Fernandez, who set an early example of how to help low-wage workers in farming communities. Huerta grew up facing poverty, sexism, and racism, which compelled her to fight for the rights of the marginalized. Eventually, Huerta would become one of the most influential labor activists of the 20th century.
Huerta spent her childhood in Stockton, California, in a time of extreme prejudice against Hispanics. Huerta's mother struggled to save money while working as a waitress and cannery worker, eventually saving enough to purchase a 70-room hotel, where low-wage workers could afford to stay. Huerta's mother would waive room fees, if people were unable to pay. Thanks to her mother's dedication to local civic organizations, Huerta began sitting in on meetings at a young age.
Racial discrimination was a constant in Huerta's life, and would greatly influence her later activism. In middle school, one of Huerta's teachers accused her of cheating due to her essays being too well-written "for a Hispanic." One of Huerta's brothers was beaten by white men in 1945, simply because he was dressed in a popular Hispanic fashion.
By the 1950s, Huerta had married twice, had seven children, and was working as a schoolteacher. However, she was concerned with how many children from farming families came to school hungry. Feeling that she could do something to help, Huerta co-founded the Stockton chapter of the Community Service Organization (CSO) in 1955. It was through the CSO that Huerta met César Chávez, who was also passionate about increasing farmworkers' wages and political involvement. The two quickly became friends, and together founded the National Farm Workers Association (NFWA) in 1962. Three years later, the NFWA became the United Farm Workers' Union (UFW). The UFW was instrumental not just in helping to increase workers' wages, but in winning them benefits that most other workers already enjoyed, such as healthcare, unemployment, and safe working conditions.
On September 16, 1965, (Mexican Independence Day), Huerta and Chávez joined Filipino workers in a strike and walkout against Delano-area table and wine grape growers. This walkout was the result of years of low wages and human rights violations. Some felt that, being a woman, Huerta shouldn't participate. Nonetheless, she joined the strike, which was a monumental success, largely because Huerta encouraged Latinos and Filipinos to put aside differences and rally together. Strikers participated in a 300-mile march together, from Delano to Sacramento. Both Huerta and Chávez were dedicated to nonviolent protest, asking strikers to take an oath of nonviolence. This strategy led to grape boycotts spreading across the country, far beyond their intended reach. Contracts were eventually negotiated, with greater protections for wages and workers. In 1973, Huerta spearheaded another grape boycott which led to the California Agricultural Labor Relations Act of 1975. This allowed farmworkers to form unions and bargain for decent wages.
Huerta never stopped fighting for the rights of working people, women, and Hispanics. She served as vice-President of the UFW until 1999, while working on campaigns which encouraged Hispanics and women to run for political office. In 1998, she received the Eleanor Roosevelt Human Rights Award. In 2012, President Obama presented her with the Presidential Medal of Freedom, the highest civilian award in the United States. Today, she is still involved in various civic organizations promoting human rights, working around the clock so others can work respected and with fair treatment.
Image credit & copyright: Dolores Huerta Foundation