No thanks
Continue
Whoops!
Your free trial of Curious+ has expired
Person, Place, or Thing
Our encyclopedia of the odd and awe-inspiring.
Previous Next
March 22, 2020
1 CQ
Place: Alcatraz 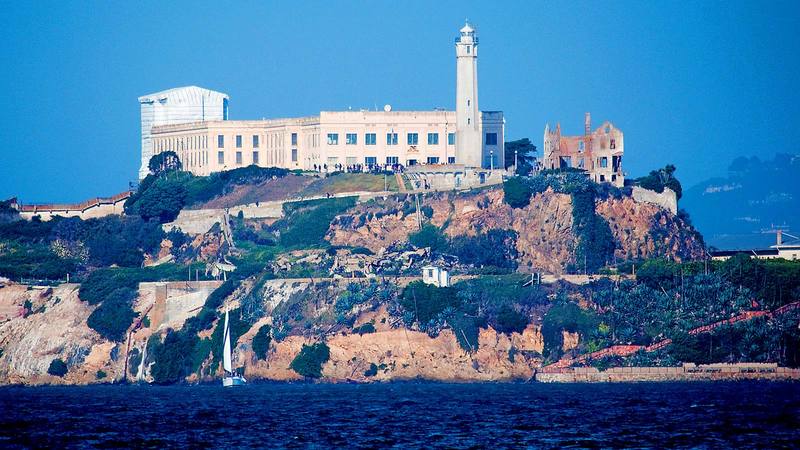 The notorious prison closes its doors.
Nicknamed "the Rock" and "Uncle Sam's Devil's Island," Alcatraz prison remains an unforgettable American institution. Its cold waters and cells housed many of the 20th century's most infamous gangsters, including Al Capone, George "Machine-Gun" Kelly, and Alvin "Creepy" Karpis. Yet what made it one of the most inescapable federal prisons led to its inevitable closure in 1963. The history of Alcatraz is less sordid than its inhabitants were. In 1775, Spanish explorer Juan Manuel de Ayala discovered the island and named it "La Isla de los Alcatraces," or "The Island of the Pelicans." Decades later, in 1846, California's Military Governor John C. Frémont purchased the island for the U.S. Government. In 1850, President Millard Fillmore ordered Alcatraz to function as a military base with the Citadel barracks, lighthouse, and other main fortifications completed by 1858. During the Civil War, Fort Alcatraz housed over 85 mounted cannons and the San Francisco Arsenal, along with Confederate sympathizers and POWs as prisoners. Over the next 80 years, Alcatraz's expanded as a military prison. In 1867, inmates moved from the guardhouse basement to a new jailhouse. When the Spanish-American War broke out in 1898, the prison population boomed from 26 to 450. During the 1906 San Francisco Earthquake, civilian prisoners took refuge on the Rock. Shortly after, the main cell block was completed and the barracks torn down in place of a dry moat in 1912. And by 1933, operations on the island were transferred to the Department of Justice and Federal Bureau of Prisons for use as a maximum-security civilian prison. A transfer to Alcatraz typically lasted five years—if inmates could tolerate it. Extreme isolation, minimal privileges, and unforgivingly cold tides wore down even the hardest criminals. Al Capone, sick with neurosyphilis, could hardly back up his threats and was stabbed by James C. Lucas in 1936—two years before Capone became too disoriented to leave Alcatraz's hospital ward. The infamous Arthur "Doc" Barker made an escape attempt in 1939, but was caught on the western shoreline and killed while resisting arrest. John Giles executed a particularly clever escape attempt in 1945: while unloading laundry on the docks, he managed to steal an entire uniform piecemeal. Wearing the outfit, he boarded an Army motorboat thinking it was headed for San Francisco. To his surprise, he landed at the military post on Angel Island, and was apprehended and returned to Alcatraz. Alcatraz's unforgiving landscape took a toll on itself. In the early 1960s, cost assessments to repair the saltwater damage to facilities was estimated at about $5 million dollars. In addition, the isolated location made it costly to operate. A million gallons of water had to be barged in each week, along with food and other supplies. The estimated daily cost of operations was about $10 per prisoner, as compared to $3 at the federal penitentiary in Atlanta, Georgia. On March 21, 1963, the last inmate transferred out of Alcatraz was Frank C. Weatherman, a 29-year-old gun smuggler who remarked, "Alcatraz never was no good." In later years, plans to make Alcatraz a United Nations monument and a West Coast equivalent of the Statue of Liberty fell through. A 19-month occupation of the island in 1969 by a group called the United Indians of All Tribes caused President Nixon to end the discriminatory federal laws aimed at assimilating Native Americans deemed the "Indian termination policy." Several of the prison buildings were burned and destroyed during the protest. In 1986, Alcatraz was designated a National Historical Landmark. Since then the National Park Service has taken over management of the land and turned it into a San Francisco tourist destination. Though the location is no longer a fearsome prison, the history of the Rock will certainly capture imaginations for years to come—and never let them escape! Image credit & copyright: AdstockRF
More about this Curio:
Federal Bureau of Prisons: "Alcatraz Origins"
Alcatraz History: "Closing of Alcatraz"
Penn Live: "Alcatraz Prison - 'The Rock' - Closed in 1963, Vintage Photos"
History Channel: "This Day in History: March 21, 1963: Alcatraz closes its doors"