No thanks
Continue
Whoops!
Your free trial of Curious+ has expired
Person, Place, or Thing
Our encyclopedia of the odd and awe-inspiring.
Previous Next
March 8, 2020
1 CQ
Person: Stanley Kubrick 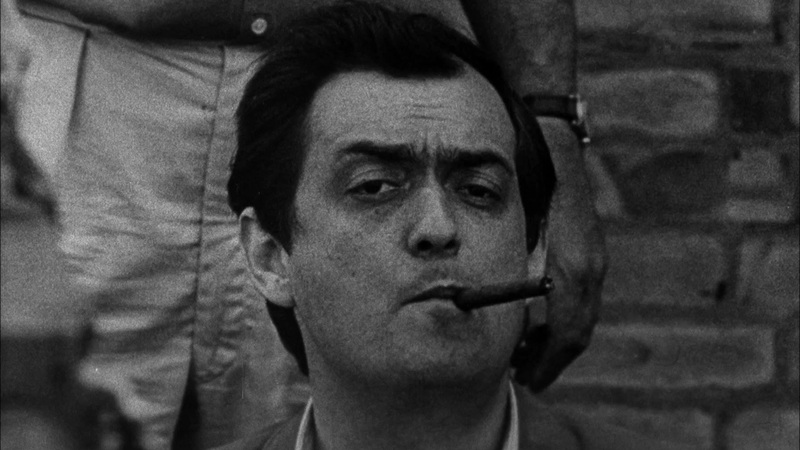 The colorful, meticulous life of a celebrated auteur.
Viddy well! Stanley Kubrick, who passed away on March 7, 1999, was one of the most famous directors of all time, and helmed such classic (and controversial) films as Dr. Strangelove, Clockwork Orange, 2001: A Space Odyssey, and more. His striking visual style, marked by a love of natural lighting and lingering shots, was developed over years working as a photojournalist—as was his trademark pessimism.
Raised in the Bronx, Kubrick never fancied school, but shared his father's love of photography. At just sixteen years old, Kubrick sold a photo to Look magazine. It showed an upset-looking newspaper vendor surrounded by papers announcing the death of President Franklin D. Roosevelt—a taste of Kubrick's pessimistic storytelling to come. A year later, Kubrick dropped out of school to join Look's staff.
Kubrick's interest in film surged after traveling the country as a photojournalist and discovering the works of Soviet filmmakers, like Vsevolod Pudovkin, and German directors, like Max Ophüls. Day of the Fight , a 1951 documentary about the events leading up to a boxing match, was the first film Kubrick shot. Kubrick, however, was eager to delve into fiction. With financial help from family, he released the war flick Fear and Desire in 1953.
Kubrick's first hit film, a retelling of Vladimir Nabokov's controversial novel, Lolita (1955), came in 1962. His next flick, Dr. Strangelove (1964), earned him an Academy Award nomination. The Cold War black comedy—a satirization of the looming threat of nuclear annihilation—wasn't originally intended to be a comedy at all, but Kubrick couldn't help but laugh off the bleak material. He adjusted the script to fit his tone, with celebrated results.
Later on, Kubrick increasingly relied on extended periods of silence and powerful landscapes shots. This was because Kubrick, who favored open interpretation of his works, believed the subconscious emotional reaction was more powerful than dialogue. He experimented with various cinematic perspectives, especially the one-point perspective, which features a single daunting vanishing point. Such experiments paid off in his only film to win an Academy Award (out of thirteen lifetime nominations), 1968's 2001: A Space Odyssey. The eerie sci-fi epic is slow-paced, includes classical music, a non-traditional story structure, and a downright confusing ending with multiple interpretations. Kubrick had hoped the ending would "transcend language and reason."
Kubrick's most controversial film was 1971's A Clockwork Orange. Following a violent criminal forcibly reformed by a corrupt government, it was banned in the UK and earned an X rating in the U.S. Kubrick's family received death threats after crimes similar to those in the movie took place. Still, the film received three Academy Awards nominations. By then, Kubrick was notoriously meticulous and difficult to please. He often subjected his film crews to 50 takes a scene.
Kubrick's fastidiousness paid off yet again with his take on Stephen King's book, The Shining. The movie is considered a classic, one of the first to employ the stabilizer Steadicam, which allowed Kubrick to create the "magic carpet"-like scenes of Danny riding his trike. Production also saw Kubrick's soft side. He shielded child actor and star Danny Lloyd from the scarier aspects of the movie to prevent Lloyd from having nightmares. Kubrick even had the cast and crew tell Lloyd he was acting in a drama, rather than a horror film.
Throughout his career, Kubrick only made 13 feature-length films—a testament to his meticulous attention to detail and his status as an auteur. By the time he passed away in 1999, Kubrick was considered one of the most important directors of all time. He made a permanent impact on cinema, influencing the visual styles of other famous directors, such as Wes Anderson and Guillermo del Toro. It would seem all work and no play made Kubrick a legendary boy!