No thanks
Continue
Whoops!
Your free trial of Curious+ has expired
Photo Curio
A picture is worth a thousand words. And a CQ point.
Previous Next
December 3, 2019
1 CQ
Camera-shy critter 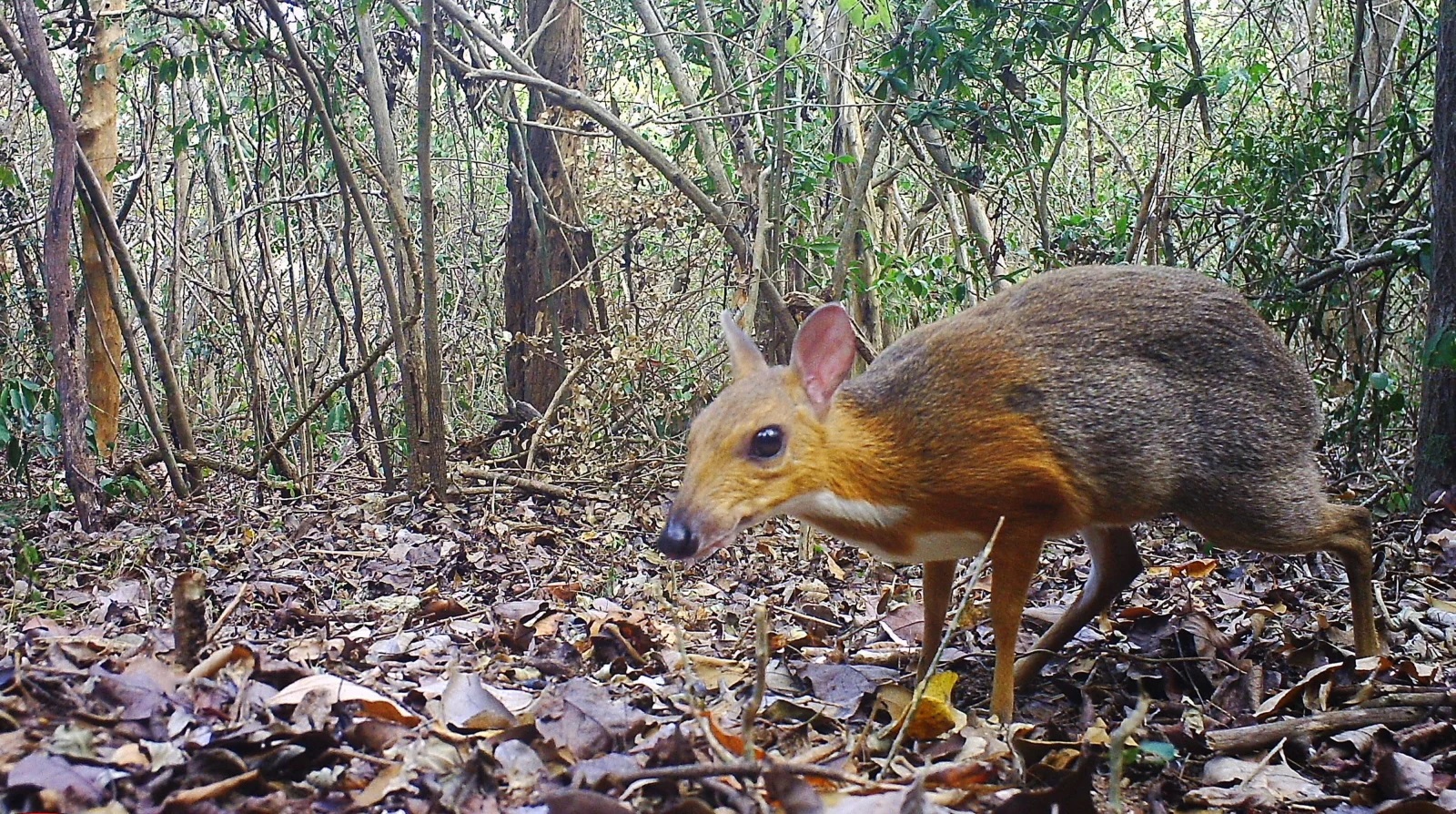 Why be camera shy when you're this adorable? The silver-backed chevrotain pictured above was recently captured on camera by conservationists in Vietnam—and is the first of its kind to be photographed in 30 years. Commonly called the Vietnamese mouse-deer, this hooved mammal is neither a mouse nor a deer. Chevrotains are the world's smallest hoofed mammals, or ungulates, with silver-backed chevrotains being about the size of a rabbit. It had been so long since scientists had spotted a silver-backed chevrotain that they feared the species was extinct. To find out for sure, they placed hidden cameras in the Vietnamese wilderness, and what they captured was astonishing. At least two silver-backed chevrotains, identifiable by their distinctive grey rumps, were caught on film. Footage showed the animals rummaging for food, with their long muzzles, on the forest floor. Conservationists were excited by the footage, which quickly went viral online, and stated that immediate protections should be put in place to ensure the species' survival. Shy or not, there's no denying that the rabbit-sized, deer-like chevrotains have become overnight stars.
Below: a video and more photos of the silver-backed chevrotains spotted in Vietnam. 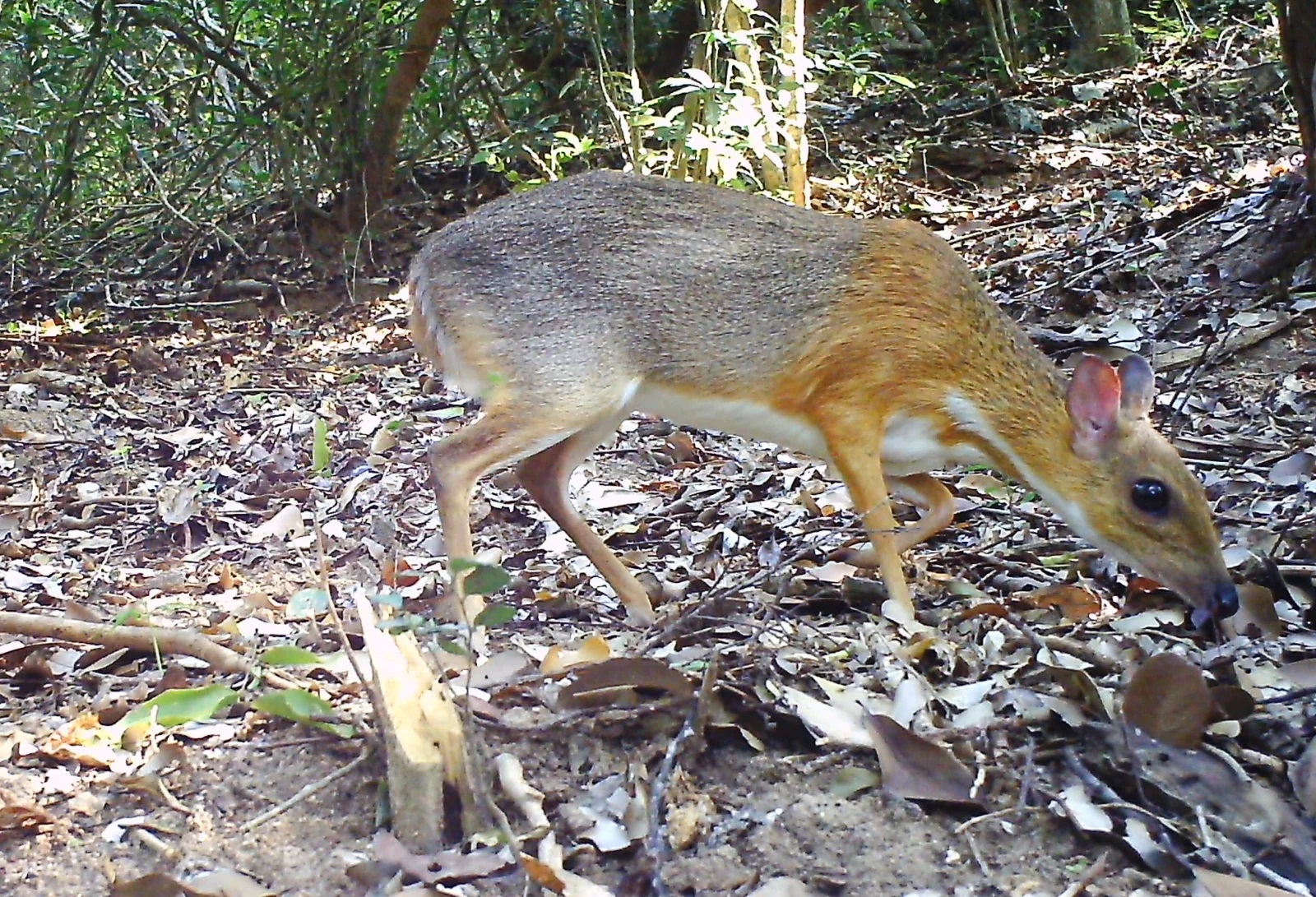 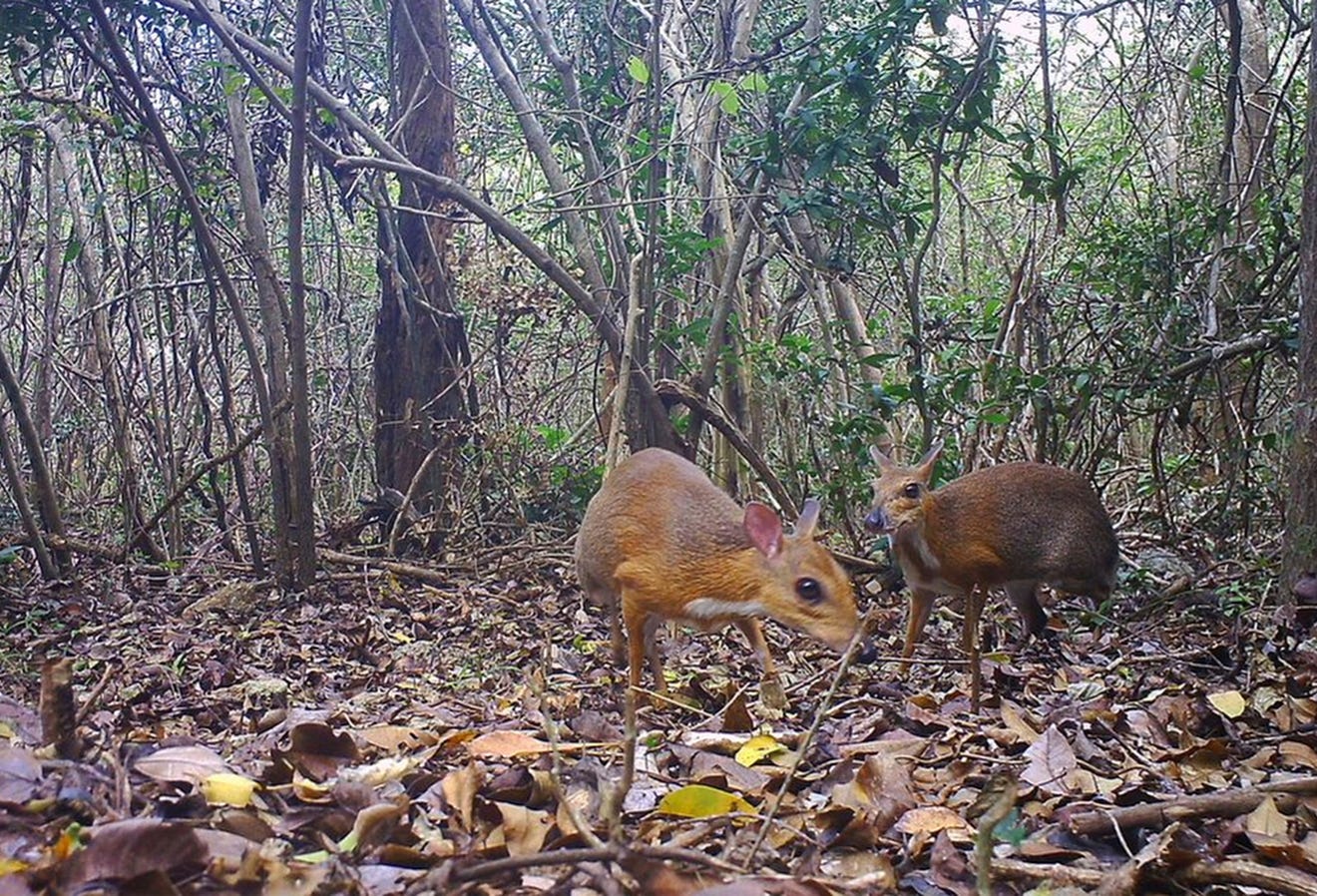 More about this Curio:
The Washington Post: "A tiny ‘deer’ was feared extinct. Scientists just photographed it for the first time in a generation."
USA Today: "This shy, tiny 'mouse deer' was lost for almost 30 years. Researchers just captured images of it"
Gizmodo: "'Lost' Species of Mouse-Deer Spotted in Vietnam After 30 Years"