No thanks
Continue
Whoops!
Your free trial of Curious+ has expired
Person, Place, or Thing
Our encyclopedia of the odd and awe-inspiring.
Previous Next
September 22, 2019
1 CQ
Person: Max Gaines 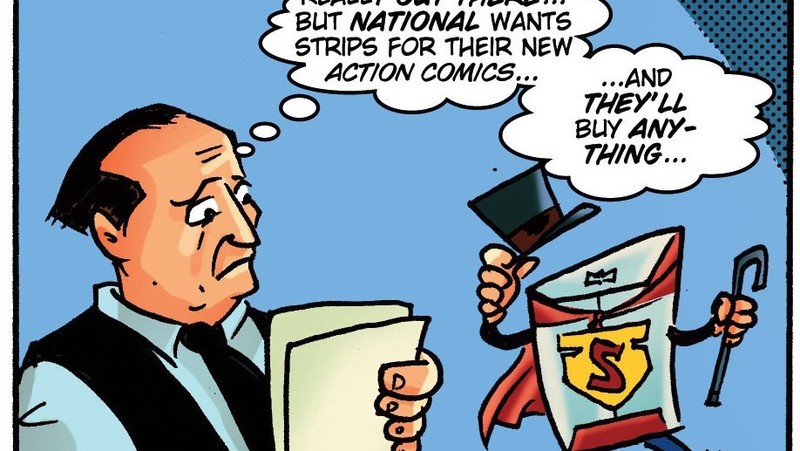 The progenitor of the comic book.
Look! Up in the sky! It's a bird, it's a plane—it's a history of the man behind the first comic books! Before the caped crusaders and domino masks, the comic book was the invention of one not-so-mild-mannered publisher: Maxwell Gaines. But before we don our flamboyant gloves and utility boots, it's worth noting Gaines wasn't as into superheroes and villains as we would think.
Born Max Ginzberg on September 22, 1894, Gaines was known for his short temper and leg injury he sustained as a child. He worked as a teacher and haberdasher before landing his fated job as a salesperson at Eastern Color Printing in Waterbury, Connecticut. In 1933, during the Great Depression, Gaines came up with an idea to reprint the company's Sunday comic strips in half-tabloid format. These small pamphlets, designed by Gaines and sold at newsstands for just ten cents apiece, featured the four-color model and saddle-stitched spines that would become forever indicative of comic books.
Gaines' reprint publication, titled Funnies on Parade, consisted of newspaper comic strips featuring the get-rich-quick schemes of Bud Fisher's Mutt and Jeff and the adventures of Percy Crosby's fifth-grader Skippy. For the first time, audiences could clip coupons and mail those in with five cents to receive their own copy of Funnies, rather than pick it up at newsstands. The effort was so well received, Gaines went on to create the monthly publication Famous Funnies, which ran from 1934 to 1955 and is considered the first modern American comic book.
Bolstered by the sale of Funnies, Gaines began to look for an outlet to publish original material which he could own the rights to. In 1938, he received funding from National Allied Publications and Detective Comics CEO Harry Donenfeld, with one major stipulation: Jack Liebowitz, co-owner of National, would help establish the new All-American Publications to keep an eye on Gaines. The first monthly issue of All-American Comics was an anthology feature with multiple stories, including the debut of Sheldon Mayer's Scribbly Jibbet, the cartoonist. Gaines' publications went on to see the birth of a number of heroes during the Golden Age of Comics, like Superman and the Guardian of the Universe, Green Lantern, who appeared in All-American Comics issue #16. The high-speed superhero The Flash appeared in his very own series in 1940, and Themyscira-born heroine Wonder Woman made a splash in the bi-monthly All Star Comics issue #8 in 1941, later becoming a founding member of the Justice Society (later the Justice League) of America.
By 1944, years of spats between Gaines and Donenfeld caused the former to sell all of his shares of All-American to the latter. Donenfeld then folded All-American and National Allied publications into one company, Detective Comics, which later became known by its ubiquitous title, DC Comics. In that same year, Gaines founded Educational Comics as an alternative to superhero comics, which he thought would go out of style. EC published biblical stories and more light-hearted talking animal stories.
Just three short years later, in 1947, Maxwell Gaines passed away after a motorboat accident at Lake Placid, New York. His son, William Gaines—who by all accounts, Maxwell was incredibly cruel to—inherited EC Comics and become a legend in his own right by establishing the satirical Mad Magazine in 1952. Though Maxwell Gaines may not have a reputation as flashy as Stan Lee's, Robert Kirkman's, or Todd McFarlane's these days, his influence is felt everywhere: from the yellow, blue, red, and black dots of pre-computerized comic printing, to the biggest, most explosive action sequences in the latest comic-turned-Hollywood blockbuster.
Below: two of All American Comics' original publications, including two of the brand's original characters, the Green Lantern and Wonder Woman. 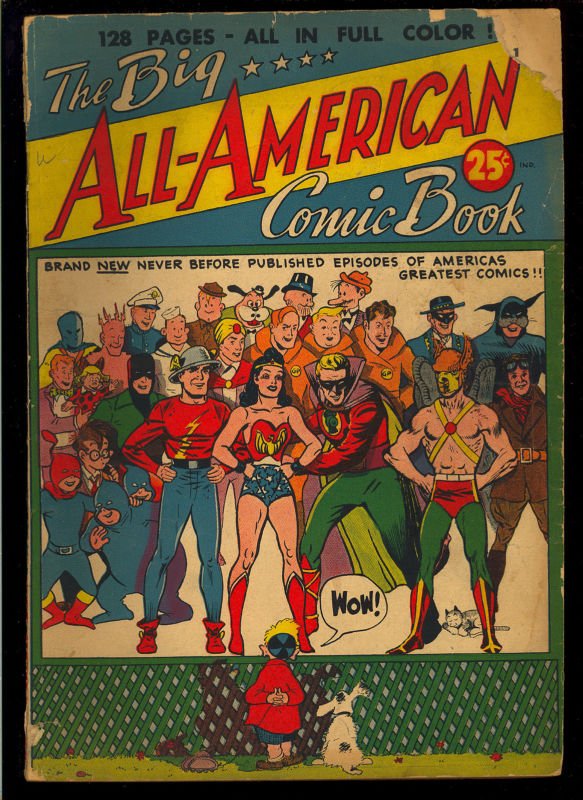