No thanks
Continue
Whoops!
Your free trial of Curious+ has expired
Art Curio
A daily dose of visual culture.
Previous Next
July 19, 2019
1 CQ
FLASHBACK | A pilfered Pissarro 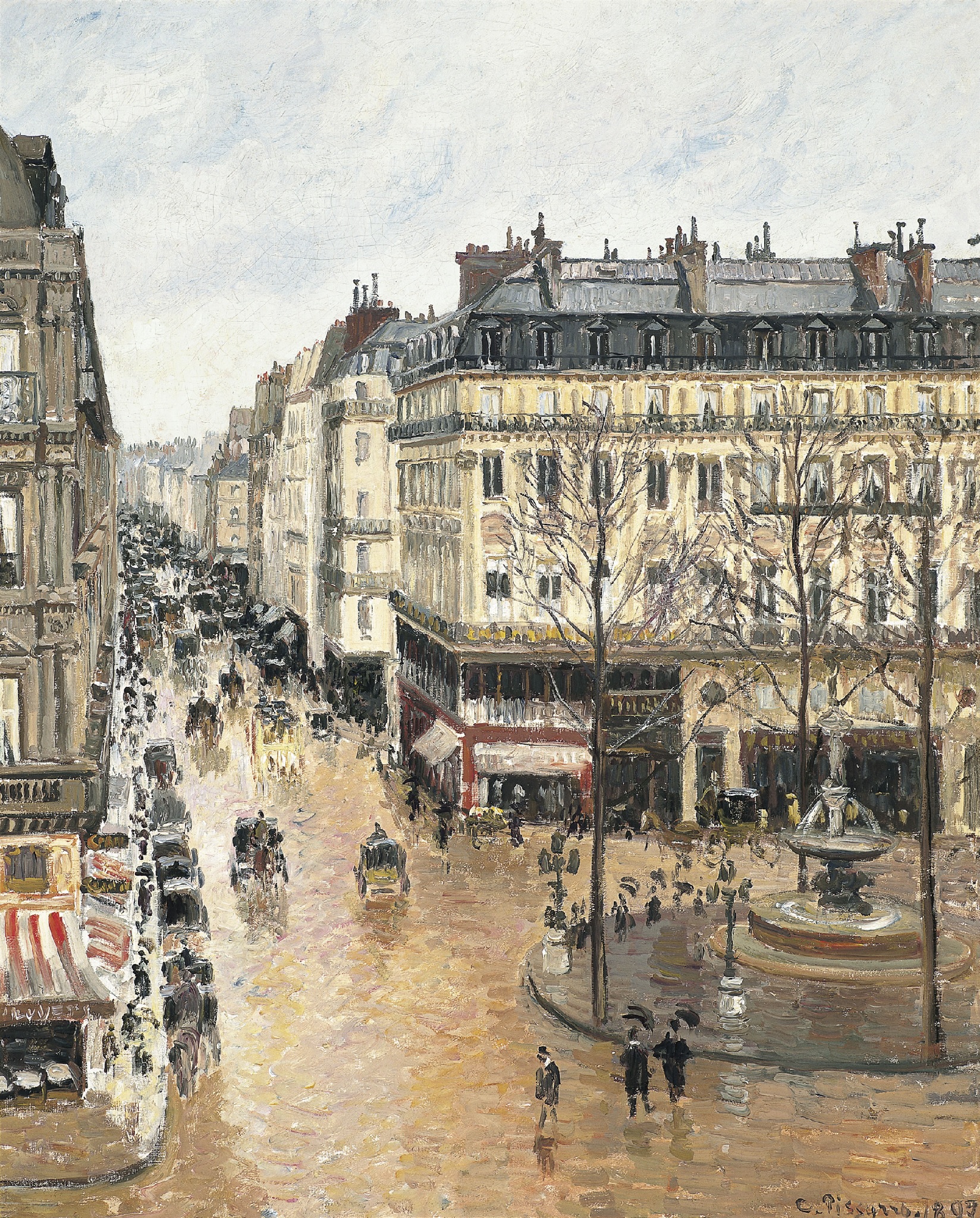 
Two years ago, a federal appeals court reopened a Nazi restitution case concerning artist Camille Pissarro's Rue Saint-Honoré in the Afternoon, Effect of Rain. The case pit the current owner of the painting, Spain's Thyssen-Bornemisza Museum, against the Cassirer family. The Jewish Cassirers originally owned the Pissarro but were forced to turn it over to the Nazis during World War II. When the case closed in 2015, the courts sided with the museum's right to the piece, as Spanish law dictates any stolen work bought in good faith remains in the possession of the current owner. But investigations keep stirring up fishy details. The museum received the painting from a baron who had acquired it for an abnormally low price. And at the time, the Cassirer family's gallery label was still clearly visible on the canvas's back. The painting, projected to be worth $40 million, employs a higher perspective to foreshorten the view of a bustling street under a light rain. As an Impressionist, Pissarro attempted to capture these atmospheric scenes of everyday life. He might've created a scene of a whole other kind, should the museum be found guilty!
More about this Curio:
The Los Angeles Times: "Family can seek return of Nazi-looted Pissarro in court, 9th Circuit rules"
Museo Thyssen-Bornemisza: "Rue Saint-Honoré in the Afternoon. Effect of Rain 1897 "
Artsy: "Appeals Court Revives 16-Year Lawsuit over $40 Million Nazi-Looted Pissarro"