No thanks
Continue
Whoops!
Your free trial of Curious+ has expired
Art Curio
A daily dose of visual culture.
Previous Next
June 24, 2019
1 CQ
Tahitian dream 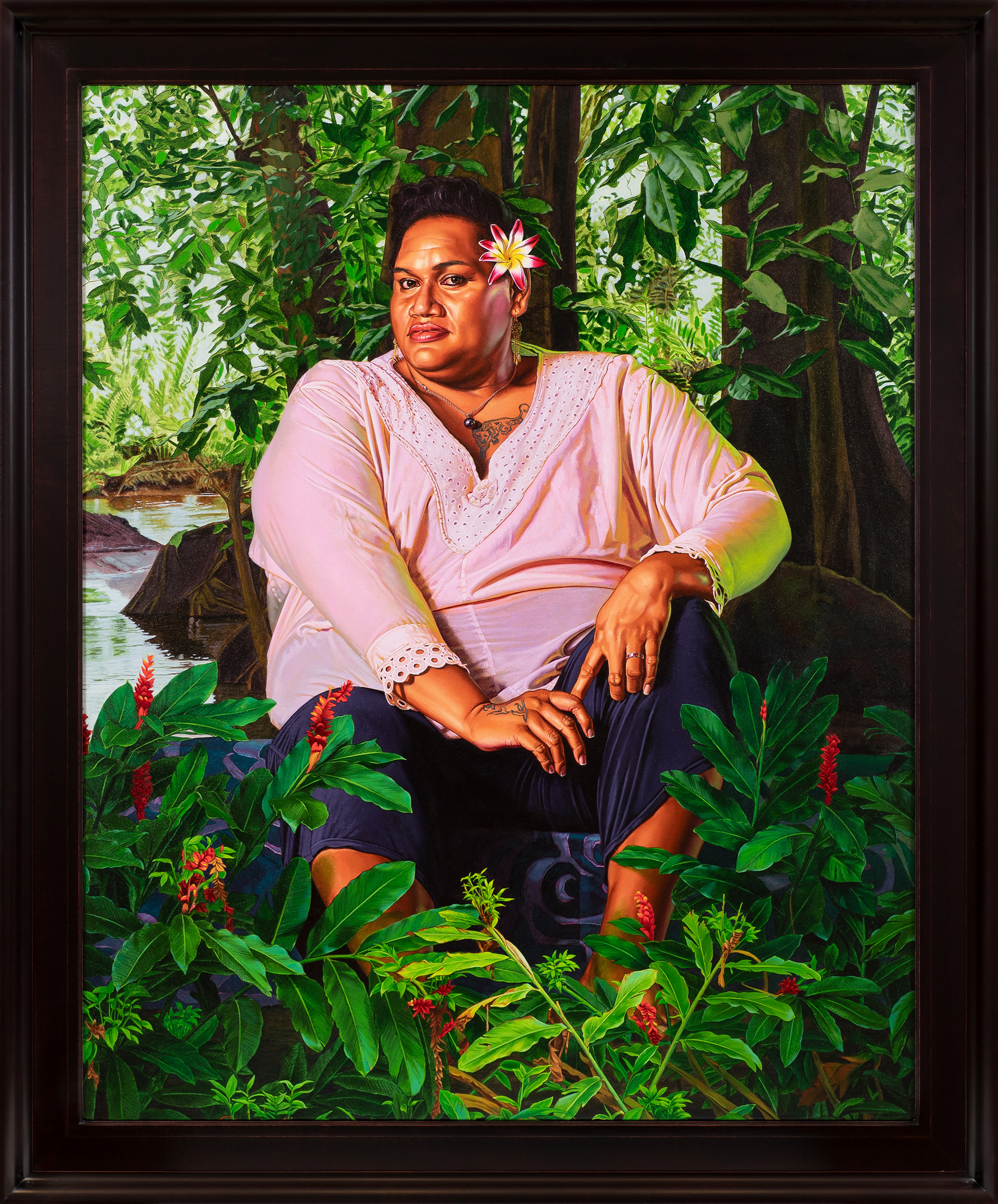 
It's not often that we see a clash of titans in the art world, yet these verdant new portraits of Tahiti's Māhū (third gender) community by Kehinde Wiley are anything but quiet about Paul Gauguin's work. Wiley is arguably one of the most important living portrait artists after having painted President Obama for the National Portrait Gallery last year. Geysha Kaua's pink and floral visage was painted during Wiley's stay in the Polynesian Tahiti island with the Māhū, who were respected in their societies until European missionaries made them outcasts. The Māhū fared no better under Gauguin's brush, mainly functioning as fetishized objects. "Gauguin features heavily in the imagination of France and her global interface—with that comes an entire history of complicated gazing," Wiley writes, "I interrogate, subsume, and participate in discourse about Māhū, about France, and about the invention of gender." With his new exhibit opening at the Galerie Templon in Paris, Wiley is ready to confront issues of colonialism head on and to show off the vibrant portraits of a long misunderstood community.
Below: more of Wiley's work in the series, including Portrait of Tuatini Manate,III; Portrait of Moerai Matuanui; and Portrait of Kea Loha Mahuta,II. 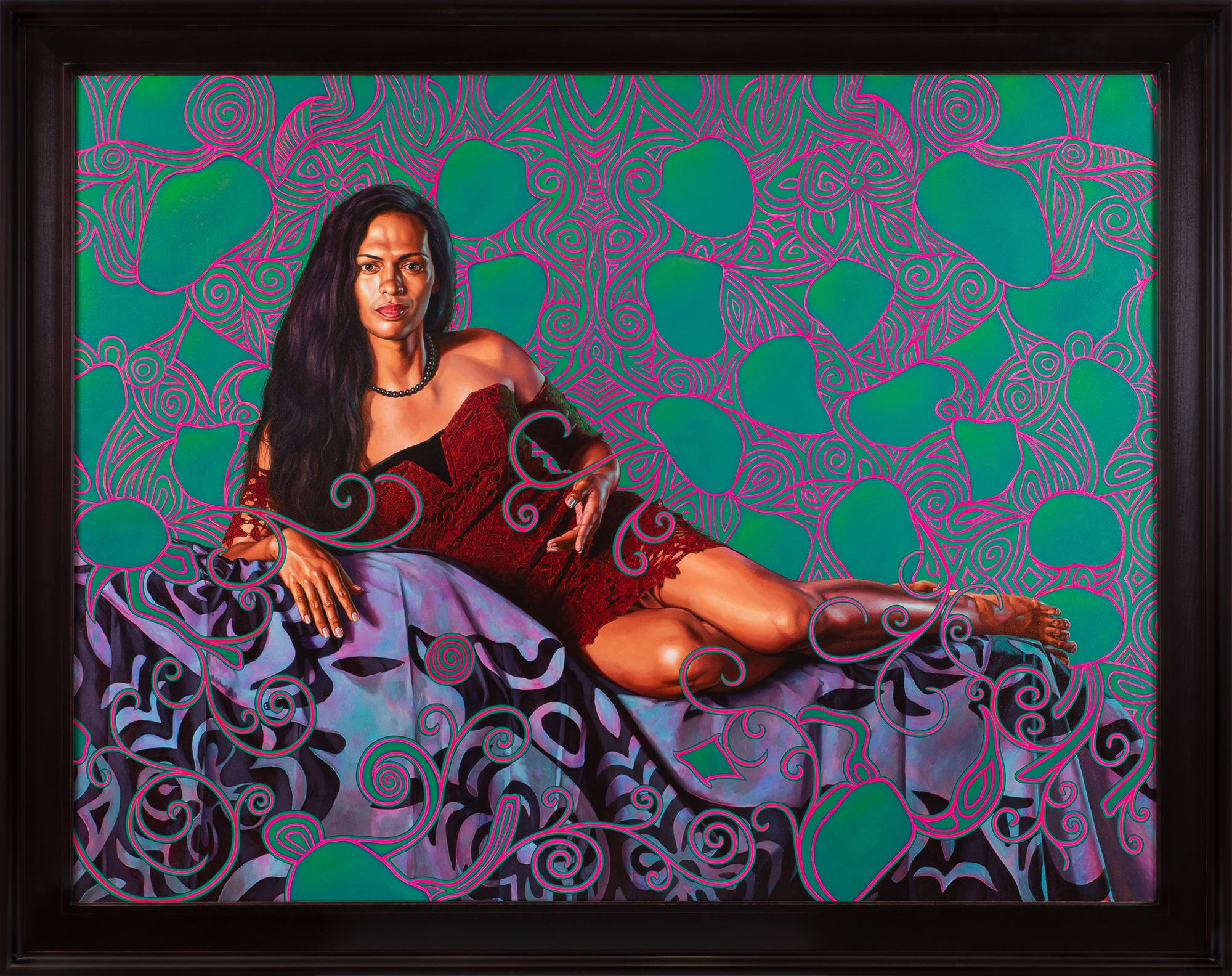 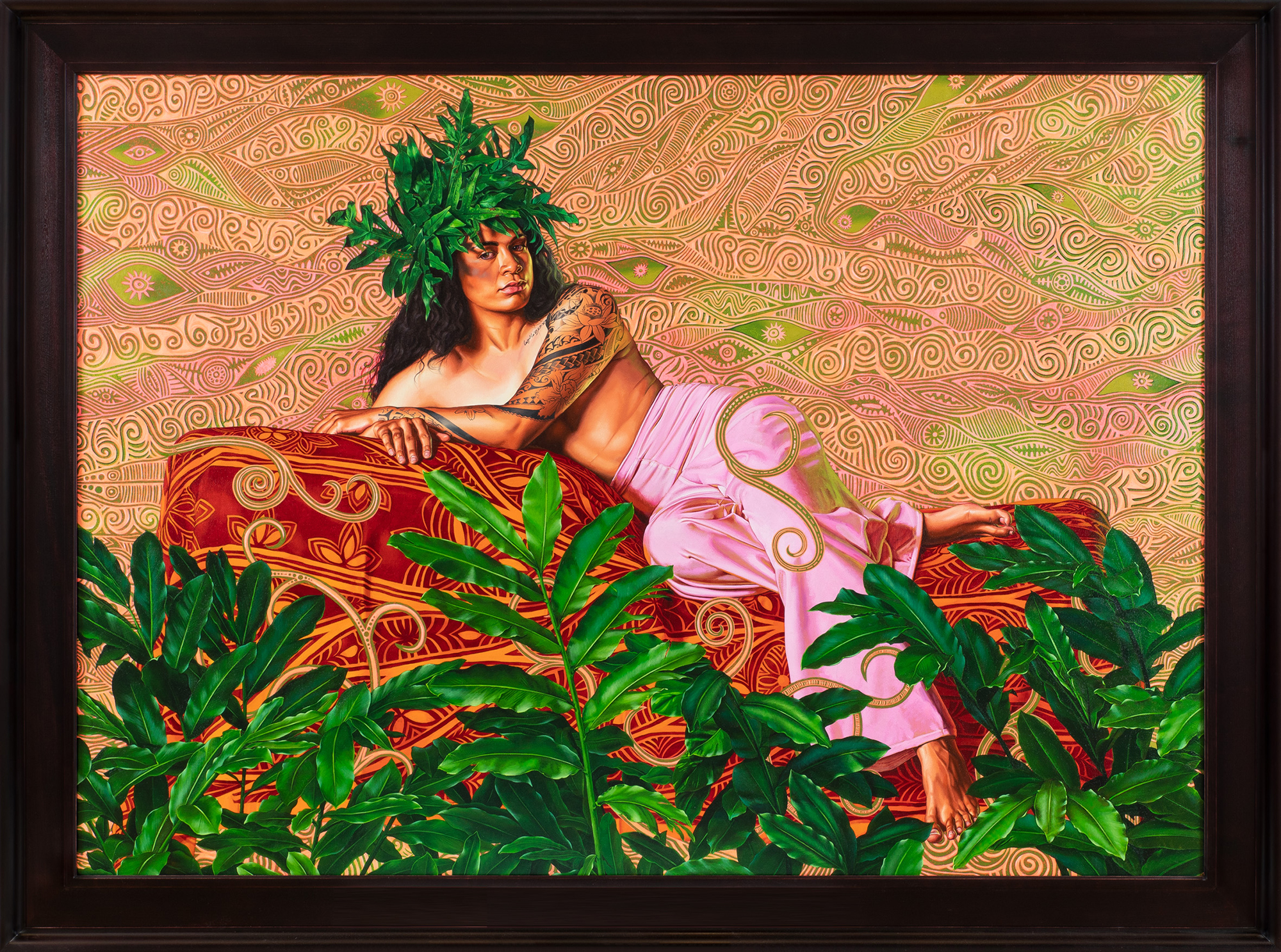 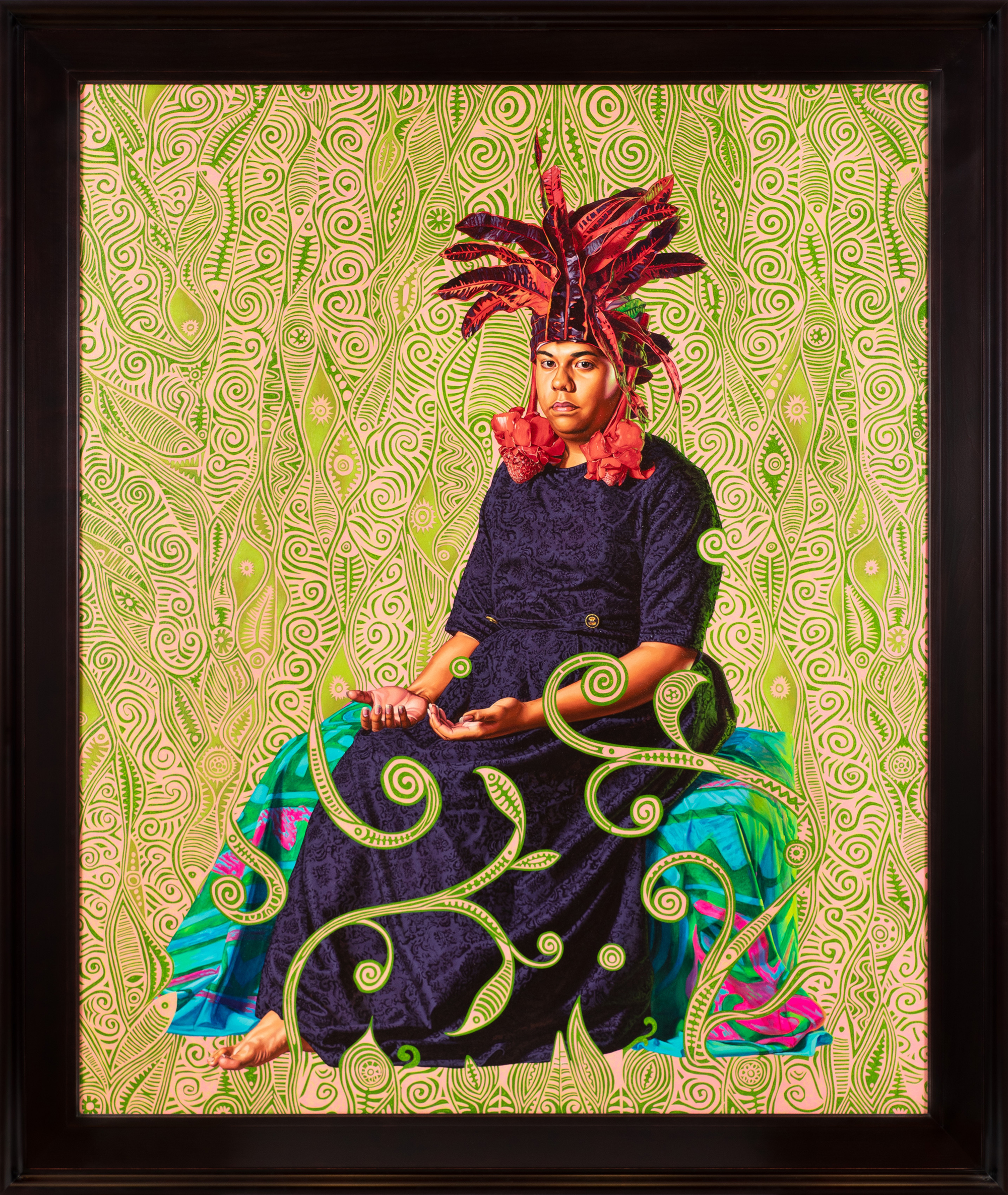