No thanks
Continue
Whoops!
Your free trial of Curious+ has expired
Person, Place, or Thing
Our encyclopedia of the odd and awe-inspiring.
Previous Next
April 28, 2019
1 CQ
Person: Harper Lee 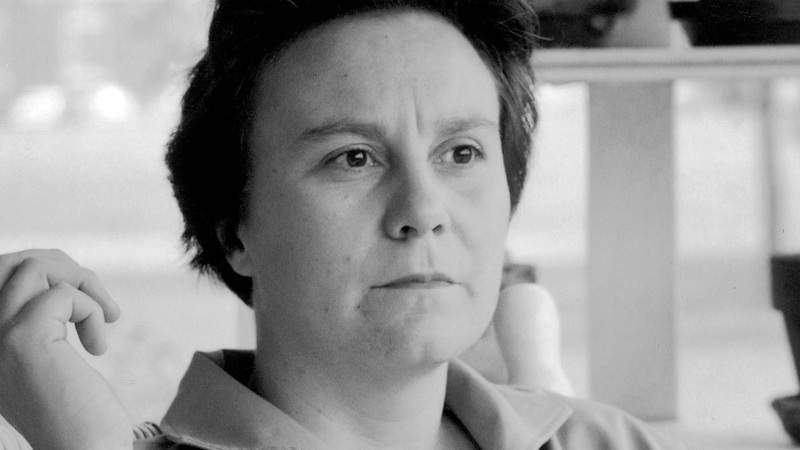 A star novelist chooses to embrace writer's block.
"Mockingbirds don't do one thing but make music for us to enjoy… That's why it's a sin to kill a mockingbird." As the author of the enormously successful novel To Kill a Mockingbird (1960), Harper Lee enjoyed the respect of literary enthusiasts and the public alike. But little is known of her personal life or why she never followed up Mockingbird with another novel. Luckily, there are clues as to why she closed herself off from the world—with some involving fellow writer Truman Capote.
Lee, born April 28, 1926, in Monroeville, Alabama, was never into stereotypically feminine interests like playing with dolls or makeup. She preferred tackle football—emphasis on the "tackle"—and was branded a tomboy. Notably, her father was a lawyer whose political beliefs transitioned from pro-segregation to pro-civil rights in the '50s. Lee also befriended a young Truman Capote, the author of Breakfast at Tiffany's, and fended off his schoolyard bullies.
After dropping out of Oxford college in England, Lee landed in New York City, where she reunited with the then-famous Capote and befriended Broadway composer and lyricist Michael Martin Brown. In 1956, Brown and his wife graciously offered to bankroll Lee, who had been struggling to finish her first, semi-autobiographical novel.
The original draft for Mockingbird was gloomy. For one, the characters were aged, disillusioned, and complex. Atticus Finch, the novel's moral paragon and stand-in for Lee's actual father, had racist leanings despite his intellectualism and empathy. Lee's editors urged her to simplify the narrative and rewrite Atticus' daughter, Scout, as a child. Lee obliged and the final draft, published in 1960, was an instant success. Critics championed Atticus' unflagging moral compass and the accessibility of Lee's prose. Mockingbird won a Pulitzer Prize the following year and received a film adaptation that earned eight Academy Award nominations.
On the heels of Mockingbird's success, Lee agreed to help out her old friend Capote, who was working on his true crime novel In Cold Blood (1966). They traveled to Kansas where they interviewed two murderers, collected notes, and edited drafts together. Lee played an indispensable role in the book's creation. Nevertheless, Capote snubbed her efforts. The two split ways: Capote to New York City where he would eventually breakdown publicly, and Lee to Alabama where she laid low and, in the end, failed to finish her second novel.
Before her death on February 19, 2016, Lee received a Presidential Medal of Freedom for the courage, open-mindedness, and empathy she had inspired among generations of Americans. She never published another novel, with the exception of Go Set a Watchman (2015), which was released while she was homed at an assisted living facility and pressured by family and money-hungry publishers. It was the gritty first draft of Mockingbird, and floundered due to its portrayal of an older Atticus as an anti-integrationist.
All in all, it would be difficult to attribute Lee's reclusiveness and lack of productivity to any single cause. She admitted in her twilight years that the pressure to follow up Mockingbird had broken her will to write. The magnum opus had long been an unblemished source of virtue—if not a simplified and maudlin representation of her own actual life. Her father, the widely rejected Atticus from Watchmen, had been perfected with advice from editors. Furthermore, Lee had endured Capote's literary betrayal before witnessing him spiral into alcoholism and drug abuse. Ultimately, she was wary of fame and couldn't bear to mar her life's work. Rather than sulk over her typewriter, Lee chose to sit on her hands and fade into legend.
Image credit & copyright: Donald Uhrbrock/Time & Life Pictures/Getty Images