No thanks
Continue
Whoops!
Your free trial of Curious+ has expired
Person, Place, or Thing
Our encyclopedia of the odd and awe-inspiring.
Previous Next
March 31, 2019
1 CQ
Person: René Descartes 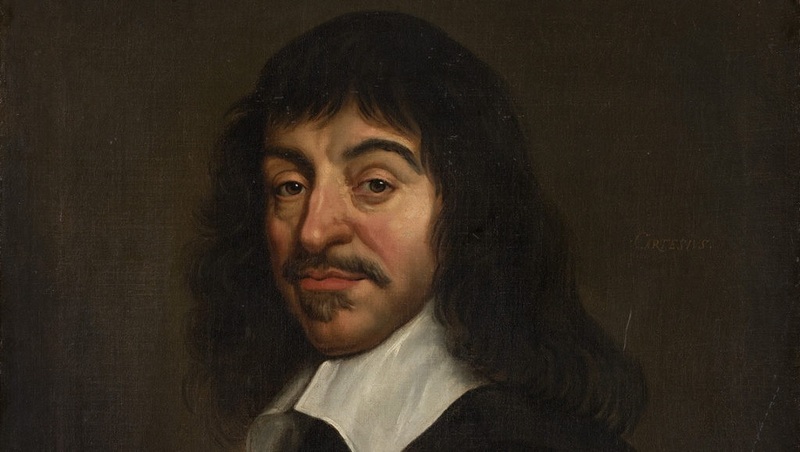 A French mercenary experiences a revolutionary dream.
"I think, therefore I am." Many have encountered these groundbreaking words, courtesy of French polymath René Descartes. Credited as the father of modern philosophy, Descartes wore many hats and redefined how we interrogate our world and visualize mathematics. Which is all rather impressive for a man who considered himself too cool for school.
Born on March 31, 1596, in La Haye en Touraine, France, young Descartes exuded tremendous intellectual promise. He came from a family of lawyers, who insisted that he, too, become an attorney. They enrolled Descartes in the prestigious Jesuit College of Henry IV in La Flèche, but he was more interested in the natural world than the law. In 1616, he obtained a law degree that he would never use.
Instead, he resolved to broaden his knowledge; though, he was of the opinion that one learned more from experience than attending school. So, at 22 years old, Descartes joined the Dutch States Army as a mercenary. The organization promised extensive travel, as well as plenty of math and physics. But his time as a soldier was short. On November 10, 1618, Descartes was traveling through the warring states of Germany when he experienced a profound dream. When he awoke, he was determined to revolutionize Western philosophy.
His main point of disagreement with 17-century philosophers was their faith in senses. Senses, Descartes argued, are often unreliable—as is the case with hallucinations and phantom limb sensations. In his Discourse on the Method (1637), Descartes contended that a true rational thinker doubts everything except for their cognition. We can doubt sights and sounds, but, according to Descartes, we can't doubt the fact that we think: i.e., "I think, therefore I am."
The Discourse on the Method also contained early concepts for his Cartesian coordinate system: a staple of modern primary education. Prior to the development of this system, geometrists painstakingly crafted shapes with a compass and ruler. Descartes eased the task by transposing algebraic equations to grids with two axes. He also stressed the importance of double-checking one's work and breaking up math problems into easy-to-follow subsections.
The luminary developed other theories throughout his career, covering the Big Bang, vacuums, and biology—an impressive amount of study for a man who slept 12 hours a night and woke at lunchtime. A serious sleep disorder was likely to blame, for tragedy struck when Descartes took a job in Stockholm, Sweden, tutoring Queen Christina. She was an ardent morning person and forced Descartes to wake at the crack of dawn. His immune system weakened as he failed to cope with the sleep disturbances; and on February 11, 1650, Descartes died at just 53.
Today, opinions of Descartes differ dramatically. Brainiacs and teachers will tell you to heed his words carefully. Most high schoolers produce the opposite response, groaning at any mention of his name and cursing him for forging so much of their curriculum—a fact Descartes may have found ironic enough to laugh at. Maybe great minds think—and therefore are—alike?